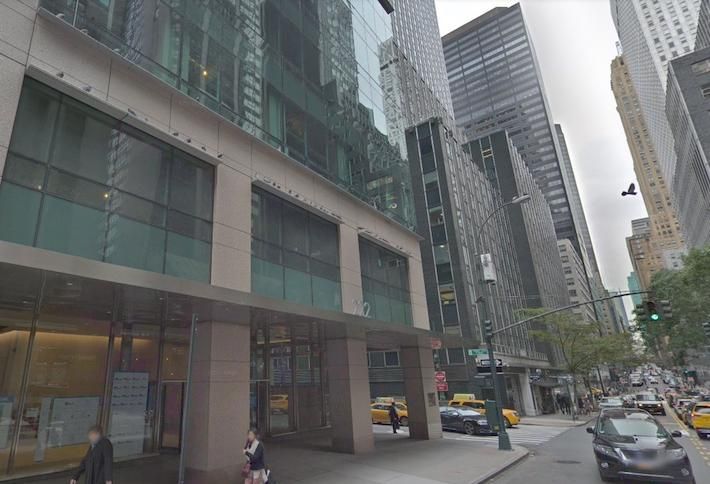 Commerz Real, the real assets investment manager of Germany’s Commerzbank, is the buyer of the 390K SF building at 222 East 41st St.

The building is leased to the NYU Langone Medical Center, which signed a 30-year, triple-net-lease agreement for the entire building in 2016 after the previous tenant, law firm Jones Day, moved out.

There were reports earlier this year that an unnamed Asian investor had made an offer to buy the building for close to $400M.

“We were very pleased to secure an esteemed tenant on a long-term lease, which significantly increased the value of the property,” Columbia CEO Nelson Mills said in a statement. “Proceeds will further strengthen our balance sheet in the near term and will eventually be recycled into higher growth investment opportunities.”

A CBRE team led by Darcy Stacom and Bill Shanahan brokered the deal on behalf of Columbia.

Following a sluggish 2017, investment sales have picked up in 2018. The first quarter saw a significant jump in dollar volume, increasing by 175.3% in Manhattan — up to $8.8B from last year's $3.2B, according to according to analysis from Avison Young.

There have been a number of big ticket sales in recent months too. Last week, Savanna closed on its $640M purchase of 5 Bryant Park. Capstone Equities and Highgate also closed on the $190.3M purchase of the former W hotel at 541 Lexington Ave. There are also several large-scale trades in the works. Earlier this month, for example, SL Green announced it is selling the fee interest at 635 Madison Ave. for $151M, in a deal that will close in the third quarter.