The Startup Song Remains The Same For Brooklyn Office Owners

Brooklyn’s office leasing market has faced its fair share of challenges, with vast amounts of space in the pipeline and many companies still reluctant to make the jump from Manhattan. But the borough’s flourishing startup community will one day pay big dividends, proponents of the borough say — it just might take time, effort and a little bit of education, too. 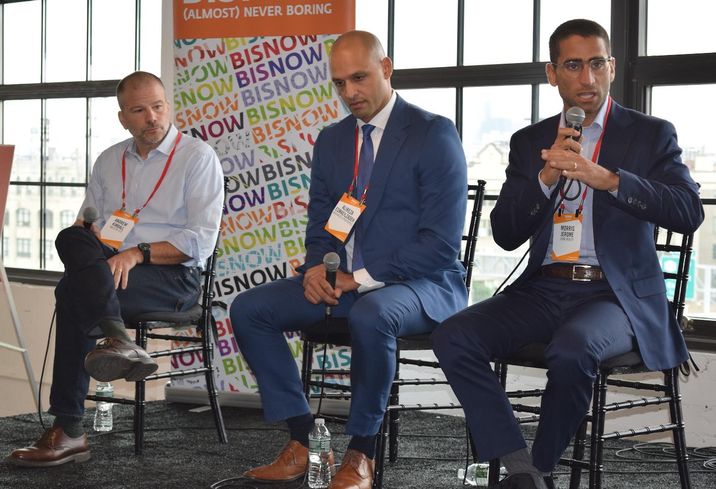 "Startups and innovation companies [are] growing in Brooklyn at a higher, faster clip than any other city in the United States, any other borough, except for San Francisco,” Industry City CEO Andrew Kimball said at Bisnow’s Brooklyn State of the Market event this week. "The [companies in] the innovation economy .... like to be around each other.”

Kimball cited figured from the Center for an Urban Future, which found in June that jobs in technology, creative and advanced manufacturing industries have grown faster in the borough than in Manhattan  over the last decade. More than 1,200 tech-focused startups are based in Brooklyn, a 356% increase since 2008, according to the report. 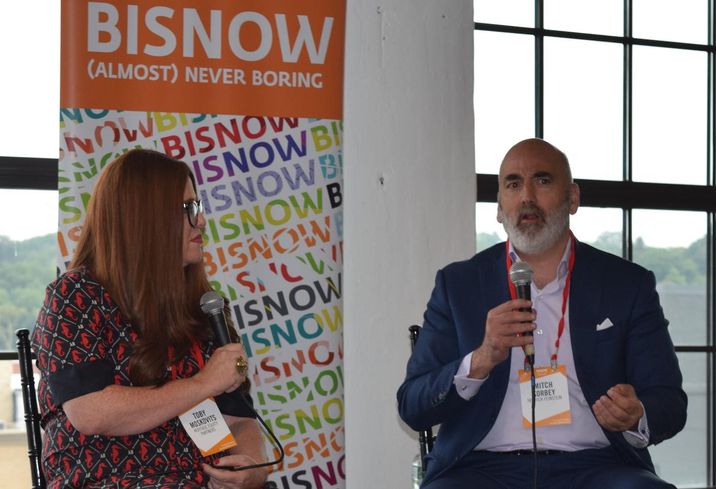 At Industry City, which spans 35 acres on the waterfront in Sunset Park, Kimball said he has placed a particular focus on generating ways for tenants to form links with the community, particularly in terms of training and internships for locals.

“If we are all going to be successful in real estate in the next decade in this city, more of us need to get engaged with that,” he said. “It's what tenants want, they want that connection ... They want to help lift the next generation." 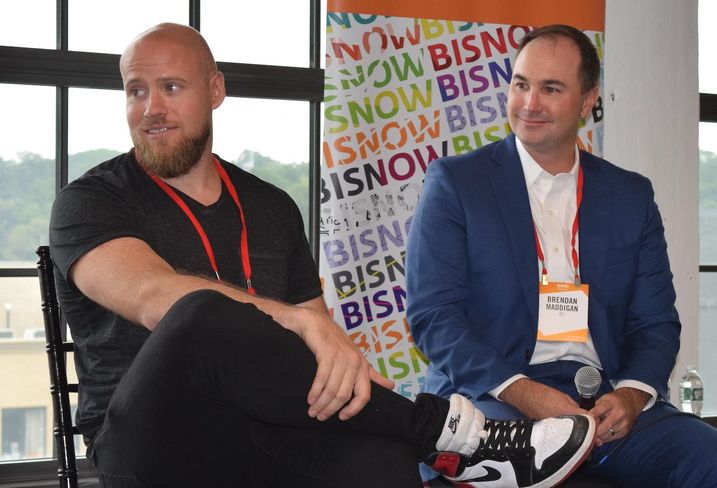 The startup growth rate in Brooklyn was second only to San Francisco’s 421% increase. Employment in the tech industry jumped by 175% between 2007 and 2017 in Brooklyn — double the increase in Manhattan, despite Manhattan's status as the top citywide destination for the world's biggest tech companies, like Google, Amazon, Facebook and Twitter.

Brooklyn might be growing faster, but the rising tech tide is lifting all boats; there were 264,000 tech employees in the New York City metropolitan area at the end of last year, per CBRE, a 44% increase from seven years earlier. 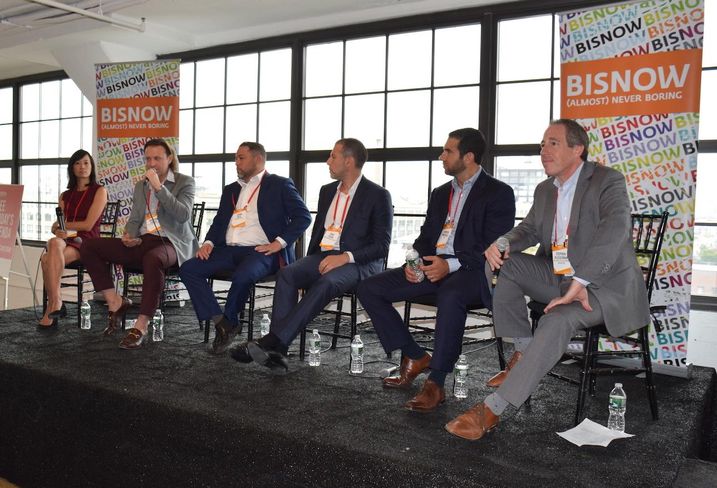 Despite the tech figures, the Brooklyn office market may face some headwinds. Availability is over 17%, according to Colliers International midyear figures. There is nearly 7M SF of new office space due to deliver by 2022, and more could be added to that. Savanna has filed plans for a 23-story office tower at 141 Willoughby St., and in Greenpoint, Rubenstein Partners and the Acme Smoked Fish Corp. are redeveloping 30-56 Gem St. into a 583K SF office building.

Major office developments are open and waiting to be leased up. The former Jehovah’s Witnesses Watchtower complex, now dubbed the Panorama, is open but has no tenants yet. The 500K SF building at 25 Kent Ave. in Williamsburg has been open for months but has yet to announce an anchor lease.

There, the city’s Administration for Children’s Services has reportedly agreed to lease 140K SF. Esmaeilzadeh said there are a number of companies that are organically growing and filling up more and more space, and he thinks more will move from Manhattan.

“[MetroTech] really established the market as a true office destination,” he said, adding that the focus at the 1.1M SF building has now been on placemaking. “[We are] programming, upgrading the lobbies, upgrading infrastructure and collaborating with everyone across the community to really create an ecosystem.” 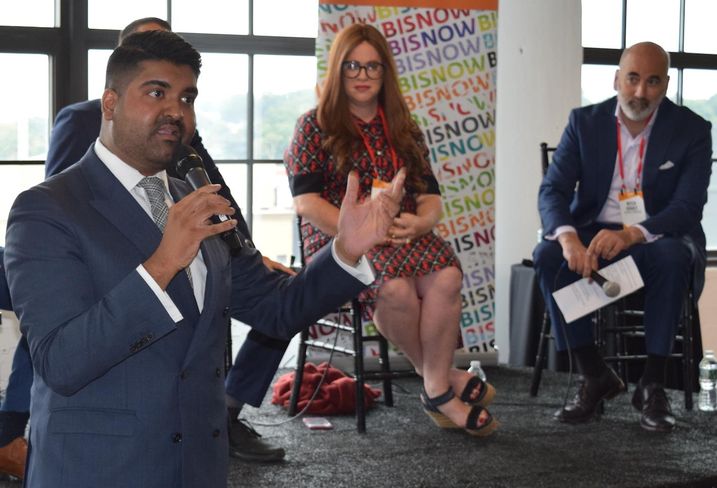 Still, it takes legwork to lure established companies to cross the river, panelists said, or stay in Brooklyn once they reach a certain level.

JEMB Realty is developing its first major office project in the borough, a 34-story, 500K SF ground-up construction called 1 Willoughby Square. FXCollaborative, which is designing the building, has agreed to be its anchor tenant, but tenants and brokers still need educating, JEMB principal Morris Jerome said on the panel.

“Most of the tenant base in Brooklyn and Manhattan is not aware of the Class-A type of product," he said. “Having incentives for tenants to cross the Hudson from Manhattan to Brooklyn is critical ... It’s really a psychological thing sometimes." 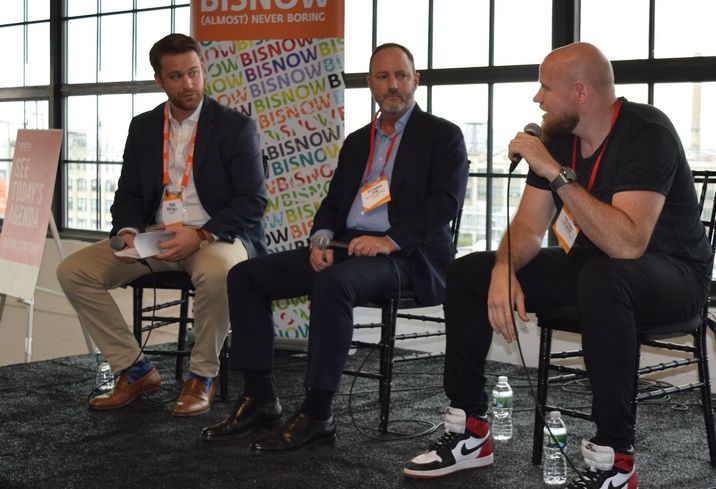 Brooklyn landlords have long bemoaned reticence that some tenants have when it comes to leasing in the borough. Still, this year has seen a number of market-moving deals. Earlier this year, Rent the Runway agreed to take 83K SF at Glacier Global Partners’ 10 Jay St. in May. Netflix announced it is taking 161K SF at 333 Johnson Ave. in Bushwick, where it will build six soundstages over five years.

Wednesday, coworking space and hardware tech incubator New Lab announced it is taking 38K SF at 77 Washington Ave., which is at the intersection of the Navy Yard and Clinton Hill.

“There is a change in expectation of a tenant, and Brooklyn has every single thing that the tenants want,” Moskovits said. “It’s all about local employment, and tech companies want to be near those educated employees.”