Tours of commercial real estate are still illegal in New York City as drastic lockdown measures approach their third month. But that hasn’t stopped many brokers from conducting them anyway.

“I’m not saying put money over health,” a sales broker told Bisnow on the condition of anonymity. “But look, we are not meant to sit at home for 11 weeks and do nothing. We are wired to do deals.” 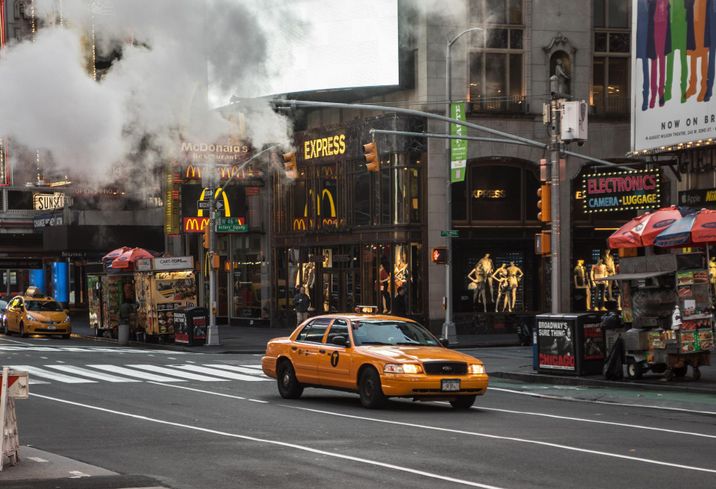 In nearly a dozen interviews this week, multiple brokers admitted to giving tours despite lockdowns — loaded with face masks and hand sanitizer — because without in-person deals, the city’s multibillion-dollar property market is essentially in a deep freeze. Others expressed confusion over Gov. Andrew Cuomo’s executive orders and varying legal interpretations of the state guidelines.

Nevertheless, violating real estate’s stay-at-home order could lead to a fine of up to $1K and the suspension or revocation of a broker’s license.

Some said brokers have been conducting tours under the false assumption that they were deemed essential. But last week, the Real Estate Board of New York, the industry’s top lobbying group, released updated guidelines making clear that brokers in New York City cannot show space or properties while the city remains on lockdown.

"We are tremendously sympathetic. I would love nothing more than just to be able to go back to work tomorrow, but that's not where we are today,” said Neil Garfinkel, a managing partner at law firm Abrams Garfinkel Margolis Bergson and REBNY’s broker counsel.

"People are going to try to interpret that and look at the interpretation to make it fit the situation ... [but] it's not hard to read that the specific guidelines are saying that you shouldn't be doing showings,” he said. “Ignorance is not an excuse.” 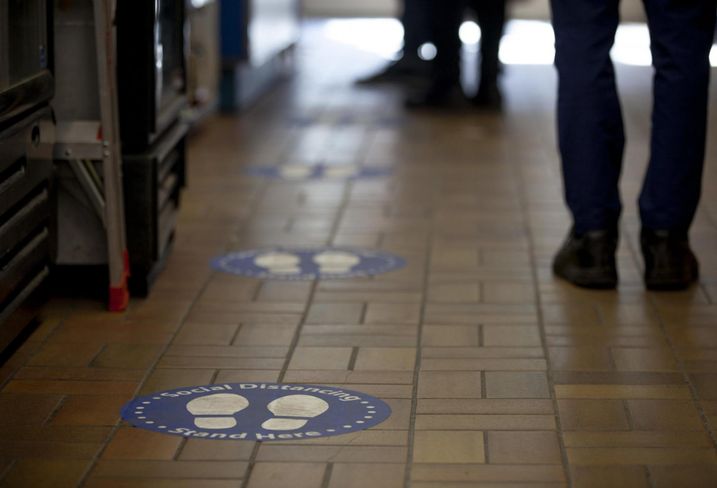 While real estate is officially considered an essential service, the state government executive order states in-person showings can only take place if it is deemed “legally necessary” and cannot be done remotely.

REBNY, in the guidelines it sent out May 22, said it couldn’t find any example of in-person real estate activity that is legally necessary.

The next day, REBNY emailed its tens of thousands of members that the city remains “on pause,” and its reading of the law is that any in-person showings are strictly forbidden. REBNY sent the email after Cuomo said some gatherings of up to 10 people would start to be allowed.

Many brokers Bisnow spoke to said they were abiding by the rules and conducting all business virtually — and the brokers who admitted to giving tours over the last month did so on the condition of anonymity for fear of a fine or loss of their license.

The Department of State has received 18 complaints across the state against real estate professionals violating the executive order, an agency source said. Three of those were in New York City, and DOS has contacted the companies regarding the complaints to ensure they are following the rules.

However, DOS is not assessing penalties in the first instance, instead working to educate licensees.

The brokers Bisnow spoke to range from leasing to sales agents. The ones who are giving tours cited as motivation the confusion about the rules in this new era, a desire to keep deal flow going or a mix of the two.

But even now, with a clearer understanding of the state guidelines and the consequences, some of these brokers said they expect members of the industry will continue to search for creative ways to get around the rules. 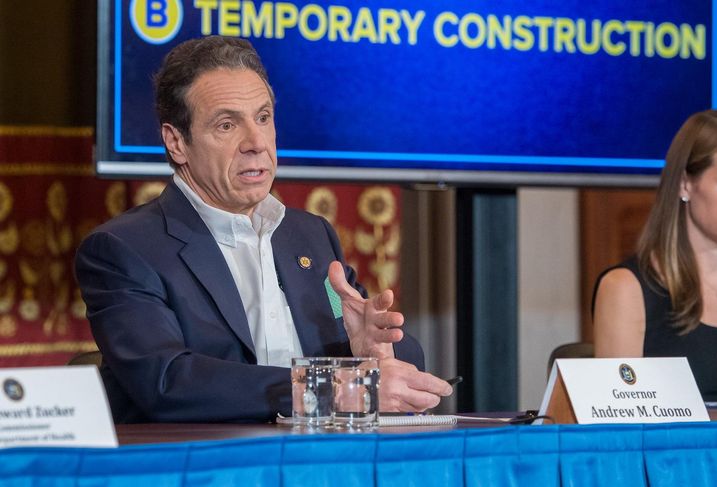 The stakes are even higher than usual. The city is on pace to experience its worst year for investment sales deals in a decade, and competition for deals is hotter than ever before.

“People still need to put food on the table and do their job as best they can and as safely as they can,” said one investment sales broker, who admitted to giving tours since lockdown started in mid-March.

That broker has run “a handful” of tours for prospective buyers at properties, acting under the assumption that real estate activities had been deemed essential and could continue as long as social distancing was observed and protective gear was used.

“They need to wear a mask, they need to bring gloves. I bring hand sanitizer,” the investment sales broker said. “It’s in and out, and we try and spend as much time as possible on the roof rather than in the boiler room together.”

“The market needs to function,” the person added. “We are not giving tours to just give tours.”

Initially, the governor's office said on April 1 that showings were deemed an essential activity, but it clarified 24 hours later that showings should be done virtually unless legally necessary. The state said April 9 that real estate is considered an essential business, following days of confusion about what kinds of activities can and cannot take place.

At the time, the New York State Association of Realtors said that members should not view that as “loophole,” and REBNY President James Whelan said in a statement to The Real Deal that the “agent community should stay home” and “not engage” in in-person real estate activities. 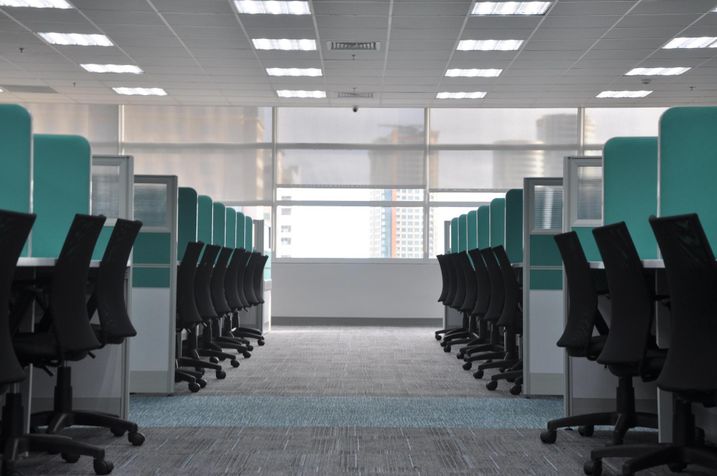 REBNY has advised against asking a building employee — like a superintendent or doorman — to open up for a prospective tenant.

“A licensee cannot ask someone to do something that they themselves cannot do,” REBNY’s guidelines say. In addition to a fine and license suspension, violating the governor’s executive order is punishable by a summons, and those in breach could be removed by police.

"The industry has been getting different messages from different sources. So we wanted to bring the facts back and put them back in front of the community,” REBNY Chief Operating Officer Sandhya Espitia said.

“Everybody is going through a lot of anxiety, we all know that. We also understand completely that we need to re-energize the economy and restart economic activity. So the goal of these guidelines was to tell people, yes, you can do business in a safe manner — and these are the tools. But at the same time, we're still under a New York-on-pause executive order, and we want you to remain safe.”

Garfinkel — who advises REBNY member brokers on legal matters and hosts the daily REBNY legal hotline, a number REBNY members can call to get free legal advice — acknowledged there has been some confusion among the brokerage ranks.

New York City is the only region in the state that hasn’t hit the metrics set by Cuomo to begin a phased reopening. Phase 1 includes manufacturing and construction and will start once there is a decline in hospitalizations and there are enough contact tracers available.

Real estate falls within Phase 2, and New York Mayor Bill de Blasio has set his sights on June for the initial reopenings. This week he vowed to crack down on any businesses that violate the rules and open early.

One office leasing broker told Bisnow their team had made upcoming arrangements to show space but had hastily canceled after realizing it wasn’t allowed.

“We will get them back through when we can open up,” the broker said.

Another investment sales broker said it is clear that tours and showings aren’t legal, but nonetheless, two members of their team had shown vacant buildings on two separate occasions. It didn’t result in a deal, but the brokers, both junior associates, were home and looking for something to do.

“It was more like, ‘Here’s the open door, go walk around, I’ll stand outside,” the person said. “Our business has been significantly locked down because of the economic shock, and I think, in general, people have been respectful of the stay-at-home order … [but] it is very unlikely that someone would pull a trigger based on a virtual tour.”

Another broker said they understood they could have superintendents let potential buyers in to see a vacant property, but the REBNY guidelines state the opposite.

“At some point, it comes down to your morals and ethical compass,” Garfinkel said. “You can do all the mental gymnastics you want. We put the guidelines out for a reason. There’s only so much you can do.”

One investment sales broker told Bisnow they understood in-person meetings aren’t allowed but met with two owner clients to look at properties and give advice last month. The broker has seen a slowdown in requests as the pandemic worsened.

“You’ve got to be smart and not put people in danger,” the person said. “Commercial investors are pretty resourceful when it comes to getting access to property … [and] I don’t think you’d find one broker that is lily-white out there.”

The broker went on to say they would be careful but admitted if someone requested a viewing of a property, they would make it happen.

In New York City, more than 21,000 people have died from the virus, and the city’s unemployment rate has soared to over 14%. Brokers have not been spared from the job cuts, and many fear the frozen market will force some out of the industry.

“It doesn’t matter if the market values go up or down, you just want the market to move,” ABS Partners co-Managing Partner Peter Hauspurg told Bisnow last week.

Some brokers said they have faith the government will move quickly to allow real estate brokers to perform their work in order to kick-start the economy. Many are predicting their businesses could resume by July and are preparing with that in mind. Most are looking at ways to ramp up their virtual presence, while others are expecting tours with social distancing and vast amounts of Purell and face masks.

Michael Colacino, the president of tenant representation firm SquareFoot, said the company is creating protocols for when Phase 2 does begin.

“The freight elevator is going to be an important part of the tour, allowing people to see space safely, with the tenant going up in one and the broker following,” he said. “We are encouraging landlords to develop separate meetup spaces adjacent to the lobby … then our tenants can stand there without having anxiety."

“There is already thinking ahead for what will be showing protocol with social distancing,” he said, adding that he is hoping showings will resume by the end of June.

And despite the strained economy and anxieties around the future of the city, many brokers have characteristically taken an optimistic view, predicting significant pent-up demand when lockdown lifts.