What Skanska is Chasing

If you want to know the future of NYC's skyline, you need look no further than the jobs that construction giant Skanska is eyeing. 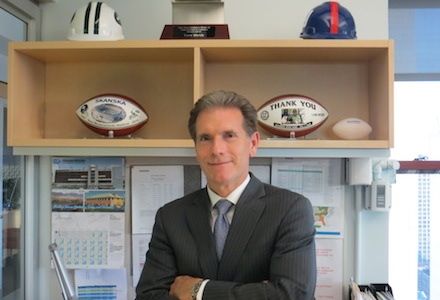 We snapped Skanska USA Building metro NY GM Tom Webb (whose last in-the-field project was MetLife Stadium and who concedes to being a Jet fan) in his Empire State Building office. He tells us every major hospital system like Memorial Sloan-Kettering and NY-Presby has massive facilities plans on their dockets. Skanska wants to get in line for such projects, especially considering the company is a market leader in that sector elsewhere in the country. To that end, Skanska just began a $125M expansion of Astoria's Mt. Sinai Hospital. 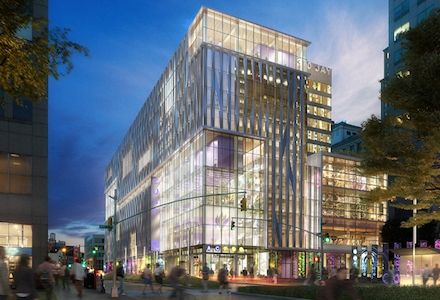 Educational institutions are ramping up, too. Many say Cornell-Tech is just the start. Tom says his company has been selected for NYU's largest project yet, the Center for Urban Science and Progress, a rehab of 370 Jay St in Brooklyn (rendered above). It'll become a brain trust, he says, for researchers and students figuring out how super-dense urban living will look. 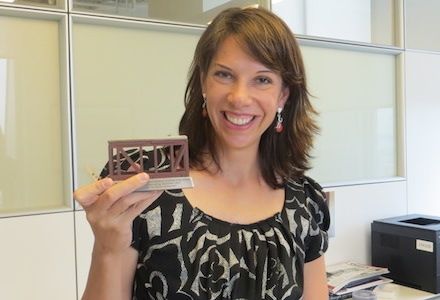 It worked for Garfunkel, Chris Bosh, and one of the Smothers Brothers. Skanska is working with a big-name developer in Forest City Ratner (whose Melissa Burch we snapped recently), which already is defining new urban living. After FCRC had done quite a bit of work on its modular-construction idea for Atlantic Yards' first residential building (Melissa's holding a mini mod), Skanska joined up to run the Brooklyn Navy Yard factory where the modules are being constructed. In fact, Skanska's healthcare projects, especially in the Southern US, use a lot of modular construction. 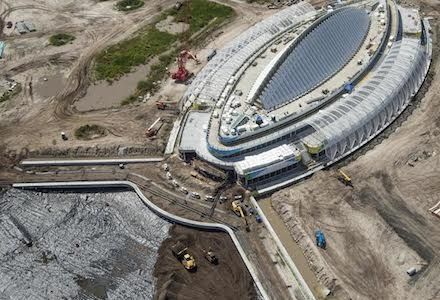 Next summer, Skanska will deliver CUNY and City College's $600M research center for DASNY. And Tom's group is partnering with Skanska's civil division to work on the transit system Downtown. It just delivered the corridor leading from the WTC to Brookfield Place, while the civil division works on the Calatrava oculus. And Tom's group is tasked with the PATH work under the 9/11 Memorial fountains. For a sense of what the Calatrava project will look like, check out his similar design (above, also being built by Skanska) that's further along in construction at Florida Polytechnic. Skanska also is starting on the last phase of the UN refurbishment: the General Assembly. 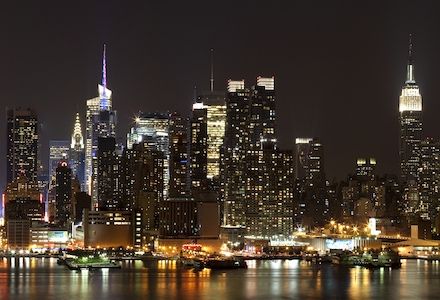 Tom tells us Skanska's NYC metro group doesn't have any office high-rises going right now, but he's watching the West Side. A lot more construction than just what's announced is on the way, considering all the air rights to be had along the Hudson, he says.