The Hidden Benefit Of Conservative Underwriting 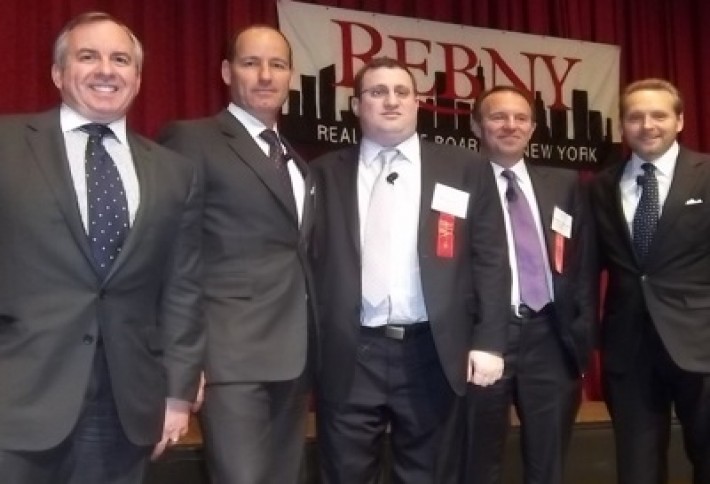 When the market outperforms, conservative underwriting can make you feel like you found a million dollars in your pocket. JDS Development Group's Michael Stern (center) says his firm underwrote 202 8th St in Park Slope to bring in $38/SF when JDS bought the site in '08. Now, the 51-unit building is 70% leased and renting at $58/SF. It was conceived as condo, he says, but once rents top $50/SF, rentals make more sense--hence the dearth of condos in Brooklyn. (At REBNY's members lunch at the Hilton on Thursday, we also snapped KRW Realty Advisors' Kevin Wang, Savanna's Christopher Schlank, Acadia Realty Trust CEO Ken Bernstein, and Massey Knakal chairman Bob Knakal.) 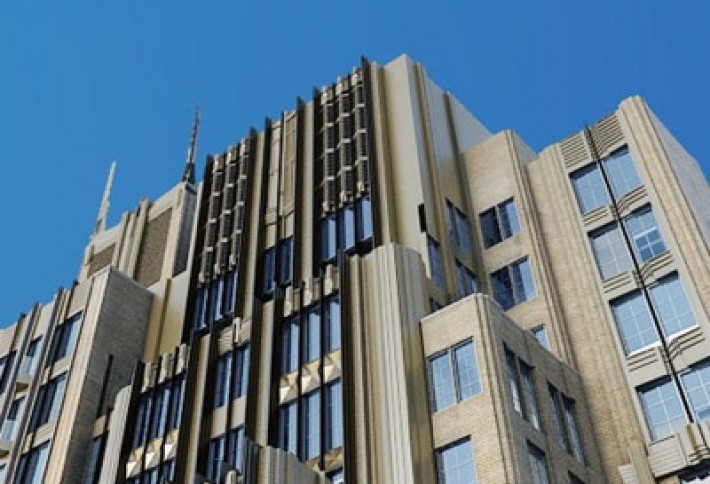 And at Chelsea's 50-unit Walker Tower condos, JDS underwrote to $1,600/SF sales in '09. Now, with delivery approaching this fall, it's raking in $3,600/SF with only a few units left. JDS bought the old Verizon switch building in '08 for $25M and invested $200M to convert it, increasing the usable square footage from 108k SF to almost 200k SF. 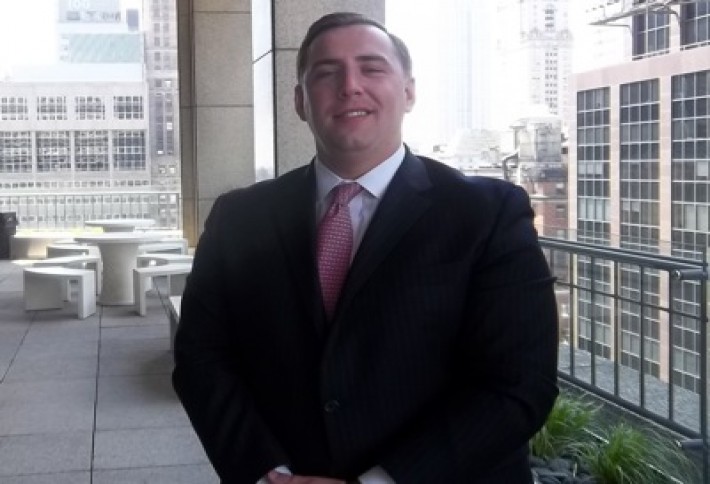 On the 21st floor balcony of the MetLife Building on Friday, we snapped CBRE's Steve Winter, who 24 hours earlier at a the REBNY lunch had been crowned the org's Most Promising Commercial Salesperson of the Year. The Midtown-north-of-Grand Central specialist has come a long way since his first deal, in '09: a 1,629 SF sublease in Tower 49. In 2012, he worked on the 140k SF leaseup of Wilmer Hale's old space in Boston Properties' 399 Park to First Manhattan, Epic Investment Partners, Jordan & Co, and Simon Properties. Another biggie: Baker & Hostetler's expansion to 148k SF at Tishman Speyer's 630 Fifth. 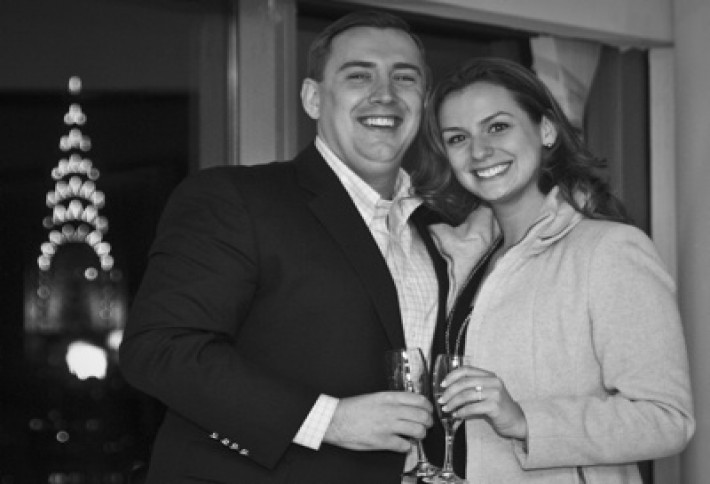 Steve is such a real estate guy that he even proposed to his fiance, Kristin, in shell space on the 47th floor of Boston Properties' 599 Lex, where three pre-builts are now taking shape. On the fourth anniversary of the day they met, he interrupted a date to take a fake call from BP's Andy Levin. The ruse: Steve needed to let in a photographer for a night shot for marketing materials. In reality, the photog was there to capture the look on Kristin's face when she saw the champagne and flowers in the penthouse. The Brooklyn boy and Jersey girl will marry in Brooklyn in May 2014--pending any lease closings, of course. 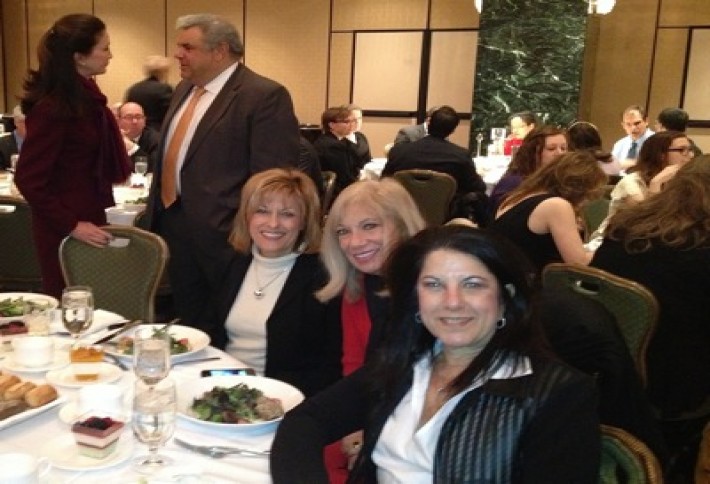 We have a knack for interrupting meals. At the REBNY event, thanks for tolerating us: Cushman & Wakefield's Suzy Reingold and Joanne Podell and JRT Realty's Ellen Israel, plus C&W's Tara Stacom in the back, likely nailing down the next 1 WTC lease. 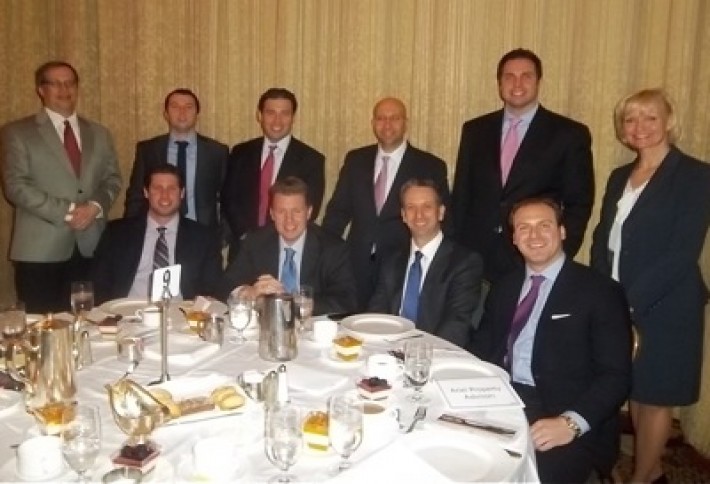