We're back with our second installment of NY Power Women (here's yesterday's Part 1). We'll continue this special series through Tuesday. (Or until these women tell us to stop. That's the definition of power.) 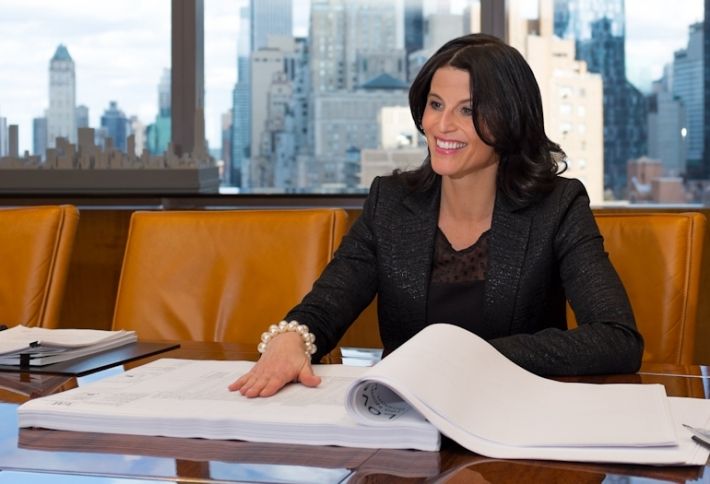 Large, complex acquisition and development deals are no match for Jennifer, who was recently promoted to CLO. Among her duties: focusing on the firm’s $825M opportunity fund, which has been nearly 90% invested, including in complicated assets Related seeks to acquire and turn around like Boston's Lovejoy Wharf and NYC's One Madison (a failed condo project in bankruptcy where resi units are now selling at record prices). The latter made her confident in chasing the Chicago Spire, a foreclosure through Irish-Anglo Bank. Her advice: Always bring your A-game and keep an eye on the details. “There’s no replacement for hard work and hustle,” she says. Jennifer’s a fitness buff who ran her first triathlon last year and also is a wine connoisseur (preferring a good Napa red). 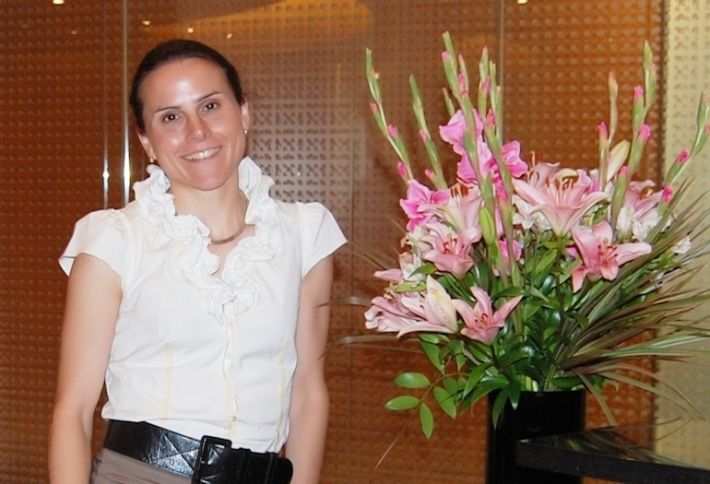 Related's global sustainability chief keeps the massive Hudson Yards project cutting edge on resource management. Charlotte has overseen such innovations as connecting the utilities of the first five buildings (6.5M SF of mixed-use, office, retail, and residential), on-site power generation for backup, and chutes to a central terminal for organic waste, recyclables, and trash. When she graduated from college in '99 with environmental science and architecture cred, real estate had no real sustainability mindset. Since then, she’s managed sustainability efforts on projects as significant as the World Trade Center Memorial. Charlotte teaches real estate at Columbia and lends expertise to the Real Estate Roundtable, REBNY, Institute for Market Transformation, and NYC task forces like Green Codes and Building Resiliency. Her advice: Listen well, and if you have a contrary opinion, speak up. Tara is genetically wired for greatness. (Both she and sister Darcy are among Bisnow’s 2014 New York Power Women and 2013 SuperBrokers). It was her father, the late Cushman broker Matt Stacom, who encouraged Tara to work in commercial real estate. At 16, she got her real estate license and brokered a jewelry store lease on the Avenue in Greenwich, Conn. Memorable deals include her first solo agency assignment, 1500 Broadway, in '87, which put her in the big leagues at a time when women in real estate were typing on word processors and serving coffee. And she helped Durst and Port Authority reel in Conde Nast for 1.2M SF in 1 WTC. On the tenant rep side, she helped BNYM lease 1.2 M SF in 2001 and worked on Lazard’s 400k SF HQs in 30 Rockefeller Plaza in 2012. Her advice comes in three words (two of them hard to spell but worth the effort): perseverance, resilience, and confidence. 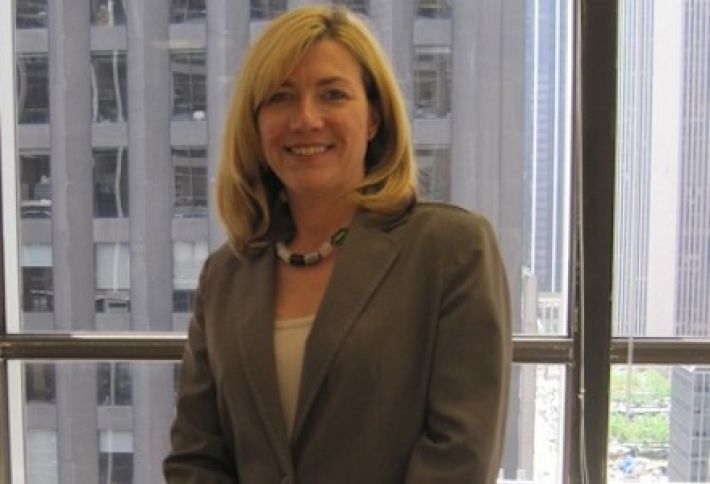 Any company that wants Prudential’s help financing a commercial or multifamily deal in the Northeast or Midwest goes through Melissa and her staff. Her company can source Prudential Financial’s general account; Fannie Mae, Freddie Mac, and FHA funds; and CMBS through its conduit JV, Liberty Island. Her group contributed to the company’s $15.8B of originations last year (its best ever) and is on pace to place $12B in loans this year. The biggest deal she ever did in NYC: a $200M piece of the $725M loan for 601 Lexington—10 years after Boston Properties acquired it and one year after it completed a lobby and plaza renovation. And Melissa knows Prudential Mortgage Capital well. Other than a year from ’96 to ’97 on the derivatives trading desk for Nova Scotia Bank, it’s where she’s spent her entire career, working at times in the Chicago, Newark, and NYC offices. When not at her desk, she’s a big Jersey Shore fan (Long Beach Island, not Snooki), to which she travels often with her three kids. Jennifer worked in economic development before joining NGKF’s capital markets team 15 years ago, and the love of seeing projects transform hasn’t left her. While she's advised biggies like Verizon, Mount Sinai Medical Center, and Hudson Yards Development Corp, her specialty is redevelopment opps and non-profits. Many of the major sales she does with partner David Noonan and her team transform neighborhoods, like the Cabrini Medical Center (going resi), 31 West 15th (a past REBNY Ingenious Deal), and the Verizon Building at 210 W 18th (now the 50-unit Walker Tower). Her team also sold One North End (the NYMEX HQ) to Brookfield on behalf of CME Group for $200M. Her advice: Don’t be afraid to try new things; you’ll make mistakes along the way, but you’ll learn from them. A Husky to the bone, the UCONN alumna is a huge basketball fan. 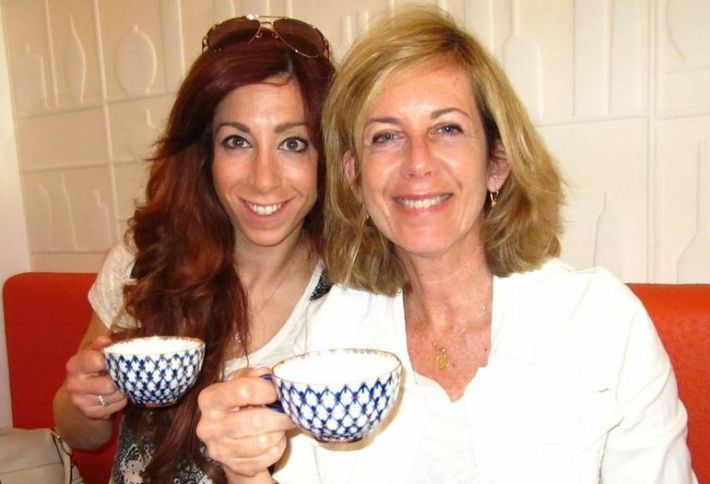 Wendy (here with her daughter Pam on a recent trip to Paris) brings more than a quarter century of institutional real estate experience to Jonathan Rose Cos. The developer and investor, which is celebrating its 25th anniversary, does green office, retail, and multifamily projects that are socially and environmentally responsible while targeting market-rate returns. Recent projects include the transformation of the iconic Yeon Building in Portland, Ore., into a market-leading destination for tech and creative companies and redevelopment of DC's Portner Place, for which the firm is seeking entitlements for a large scale, mixed-income multifamily development. Wendy is particularly proud of her work on ULI’s Building Healthy Places advisory board and her roles as vice chair of ULI’s Women’s Leadership Initiative and past president of WX. 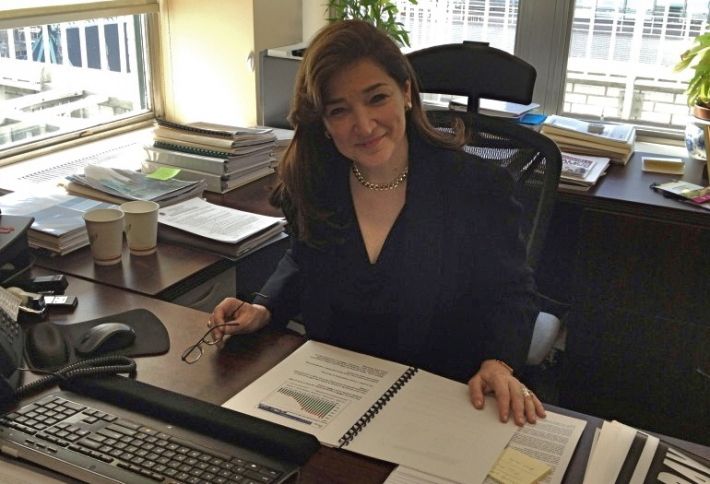 Annemarie is in her 10th year at the helm of Trepp, and during that decade, she’s almost tripled the company’s employees and helped its CMBS database grow to more than 125,000 mortgages. The Fordham and NYU grad has expanded the company’s offerings from data on CMBS performance to data on the mortgages within those pools. It also now offers TreppPort, a customizable platform for clients to risk manage their own portfolios. This year, Annemarie and company launched collaborative trading tool TreppTrade and acquired daily online news service Commercial Real Estate Direct. These came briskly on the heels of another major product to help banks prepare for stress testing. All the new goodies square with Annemarie’s mantra to stay close to the client and deliver what the client values most. Joanne's star tenant roster includes Ann Taylor, Loft, Nike, Converse, TD Bank, Kay Jewelers, Ethan Allen, and Zero Halliburton. But the Long Island native came from humble beginnings: The first in her family to graduate college, she became a teacher in Yonkers and then a cash-strapped single mother. Turning to the business world, she launched the furniture store Brazil Contempo and watched it grow to 10 locations before collapsing. Rather than owning retail again, she started leasing it. Now, she’s the exclusive retail agent for Empire State Realty Trust at 250 W 57th (26 stories, 535k of office) and 112 W 34th Street (100k SF of retail across from Macy’s). She’s a two-time REBNY Retail Deal of the Year winner and serves on REBNY’s commercial board of directors. She plays golf and spends time with her 12-year-old twin grandkids, a boy and a girl. Laura launched her eponymous brokerage firm in April 2013. Best known as a tenant rep for fashion retailers and for advising owners that want to reposition their buildings, she's also active in office leasing. Often, that’s for retailers she reps (like Stuart Weitzman, which leased 37k SF in 625 Madison), but she also placed Bloomberg in its 750k SF in 731 Lexington originally. Now, she’s helping Hudson Bay in its consolidation and relocation of several hundred thousand SF of office now that the department store, which also owns Lord & Taylor, has acquired Saks. Among her notable transactions: Levi's new flagship on San Francisco's Market Street and bringing Abercrombie, Hollister, Giorgio Armani, and Ted Baker to Fifth Avenue. The latter beat out five other bidders for the ground-floor store at the corner of 48th by following Laura’s advice to lease the entire five-floor building. She juggles 50 retail and office deals at once—on an average of four hours of sleep and with the help of a very good memory, she says. 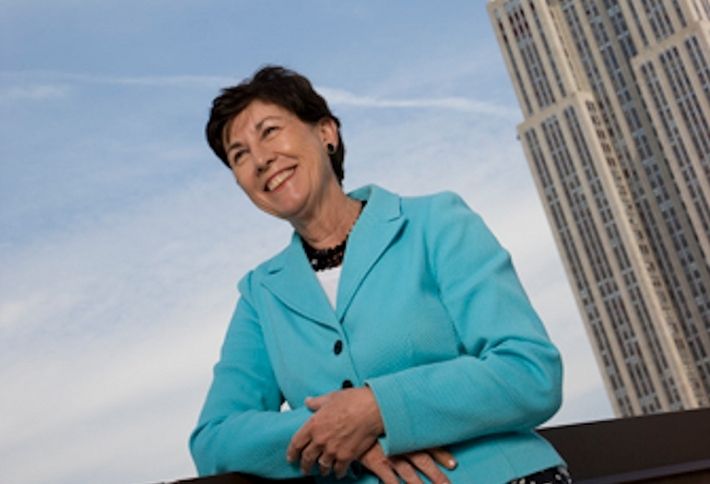 Ronne’s life revolves around three buckets—real estate, technology, and helping women thrive in the industry. She’s assembling a 20-story, ground-up residential development on the West Side and working with investors on a plan for a residential mixed-use building on another underdeveloped plot of land. She’s also taken her development and financial chops to the consulting side, advising companies like Lightstone and Trinity Place Holdings. And she’s part-time CFO for a Fort Mill, S.C.-based company that grows crystals for high-energy laser systems (a revival of Cold War technology that was becoming lost). To help young women navigate the business world, she’s a member of the Committee of 200 (female entrepreneurs who work with schools and universities) and works on ULI’s Women's Leadership Initiative. “It’s important for young women to see other women who’ve been successful,” she says.