Just try to imagine NYC's built environment without the impact of the women featured below and the 40 more NYC Power Women we'll profile through Tuesday. Then, join us that night when Bisnow throws them a big bash to say, "Well done!" (And yes, you're all invited!) 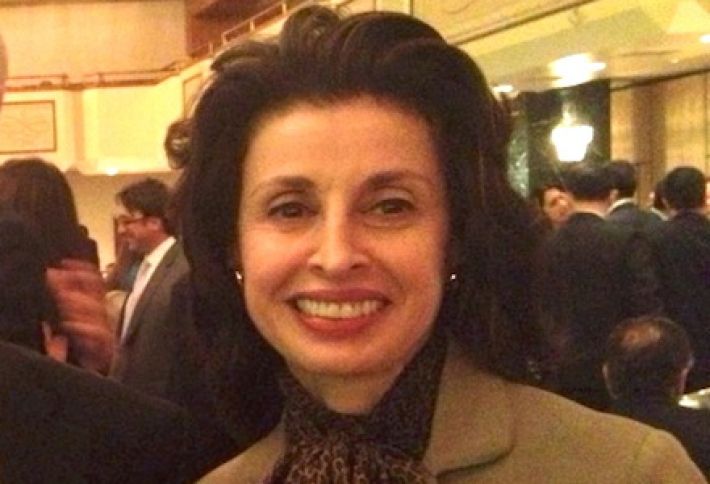 The woman who sparked leasing of entire neighborhoods by bringing Conde Nast to 1 WTC and Coach to Hudson Yards has kept it up this year, putting Sony in 525k SF in 11 Madison Ave and Teach for America in 170k SF in 25 Broadway. As landlord rep, she attracted MediaMath to 106k SF in Silverstein’s new 4 WTC, half a dozen boutique financial services firms to Vornado and SL Green’s reinvented 280 Park, and an investment advisor to RFR’s reimagined 285 Madison. Mary Ann also is marketing Hines’ under-construction 7 Bryant Park and the Rockefeller Group’s Time-Life Building, which Time Inc will vacate in 2017. Last year she finished a three-year term as REBNY chair (she was the first woman to hold the seat). And the Coach condo purchase won her and colleague Greg Tosko REBNY’s 2014 Deal of the Year, her eighth time (a record) winning it. This former art historian just can’t seem to stop making history. 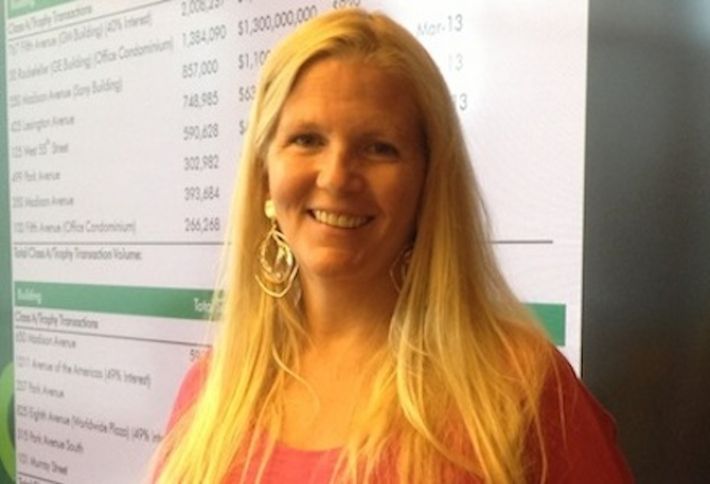 In 1997, The Wall Street Journal crowned Darcy Queen of the Skyscrapers. In 2014, she's head of the investment properties group for CBRE’s New York office, but her original title resonates. Darcy also runs CBRE New York's capital markets group, and her recent resume includes the sale of the Park Lane Hotel for $650M and the $2B equity raise for Atlantic Yards (rebranded this week as Pacific Park). In a career spanning more than three decades, Darcy has completed more than $60B in sales, financings, JVs, leaseholds, and development deals. She’s been recognized three times as the top CBRE pro globally and four times as its top investment pro globally. She’s also won REBNY's Robert T. Lawrence Memorial Deal of the Year award and its Edward S. Gordon Memorial award. Darcy is a passionate gardener and is VP of the New York Restoration Project board, focused on greening open space in low-income communities. 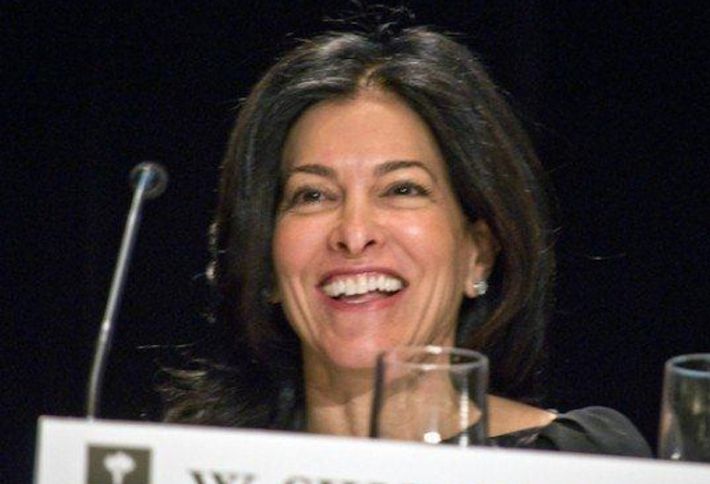 For 16 years, since she joined Vornado, Wendy has headed the REIT’s capital markets group, a big responsibility considering its complex deal structures of late: JVs (St. Regis retail condo with Crown Acquisitions, One Park Ave with CPPIB, and 650 Fifth Ave with Oxford Properties, Crown, and Highgate), 1031 exchanges (866 UN Plaza for 655 Fifth), and condo interests (1031 exchange of Green Acres Mall for 666 Fifth retail condo). The Wharton grad also has helped build the REIT’s Manhattan portfolio to 22.2M SF across 50 properties. This year, Vornado sold Long Island’s Broadway Mall and announced a plan to spin off its malls and strip centers into SpinCo while beefing up its Manhattan urban retail holdings. 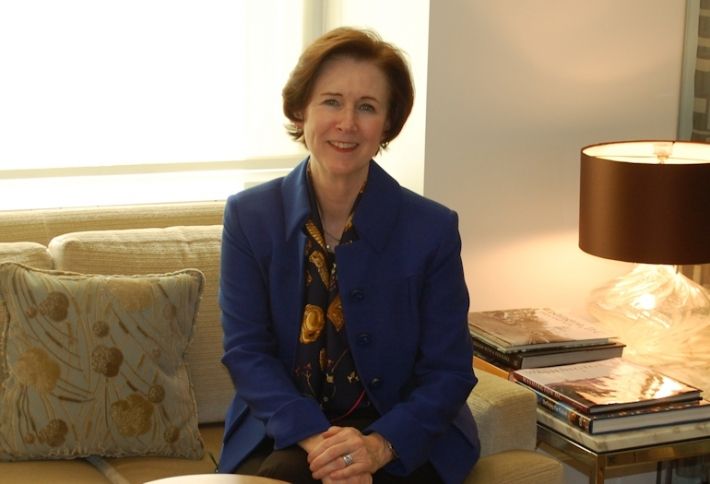 Following a major reorg this year, Brooke became CEO of the family-owned firm's management arm. Her focus, she says, is to bring the company back to basics and to make it a premier boutique operator for such hotels as the Affinia 50, Affinia Manhattan, and Benjamin Hotel. Her advice: Be willing to work hard, and “make a decision if you want a job or a career—they’re both very different.” She stresses the importance of learning from a mentor or advocate. Even as CEO, she still takes time to mentor young pros coming through Denihan’s Talent Development Academy. At home, she’s grandmother to nine with another on the way and loves to cook. 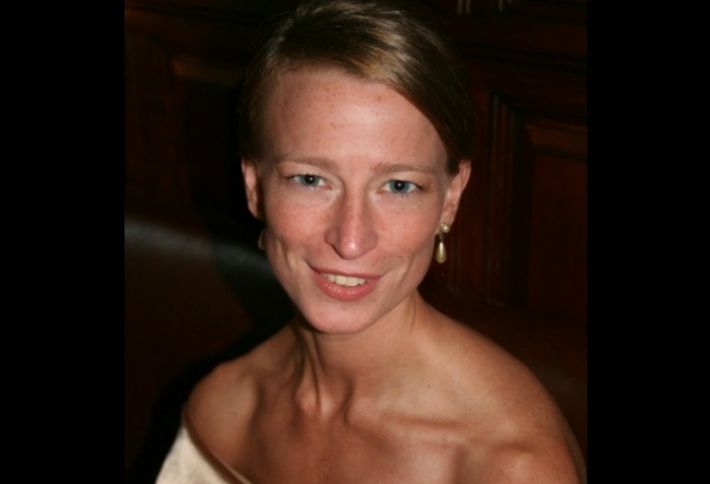 A cold call to Studley chairman Mitch Steir landed Allyson her first real estate job a decade ago; now she’s one of the top women at the firm, repping tenants like Nike, which inked an 85k SF renewal at 111 Eighth, IDC, and New York Law School. (Her previous jobs: managing the historical Dyckman Farmhouse and Little Red Lighthouse museums in Manhattan.) Allyson, who grew up at her family’s Massachusetts amusement park, Whalom Park (which operated for 108 years) also is a founding member and co-chair of the Yale Alumni Real Estate Association and active in REBNY and NYCREW. Her advice: Choose your team carefully because it makes a big difference in your success and happiness. Take risks. Dress for the job you want. 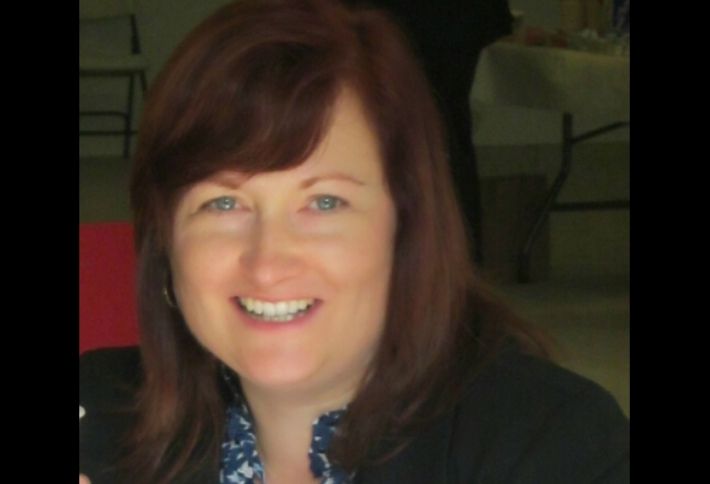 Elizabeth started in real estate thinking it would only be temporary. Now, she's responsible for 25M SF of office, residential, and retail and oversees a staff of almost 2,000 property management employees. She began with C&W after majoring in marketing and finance at St. John's and quickly became enamored. “I always felt like I was learning and growing,” she says. After getting her RPA and CPM designations, she joined SL Green in 2006. Her financial prowess recently helped Citigroup extend 2.6M SF of leases at 388-390 Greenwich St through 2035 and Viacom’s 1.4M SF at 1515 Broadway through 2031. She’s a wine connoisseur and belongs to a custom wine-making club on Long Island. 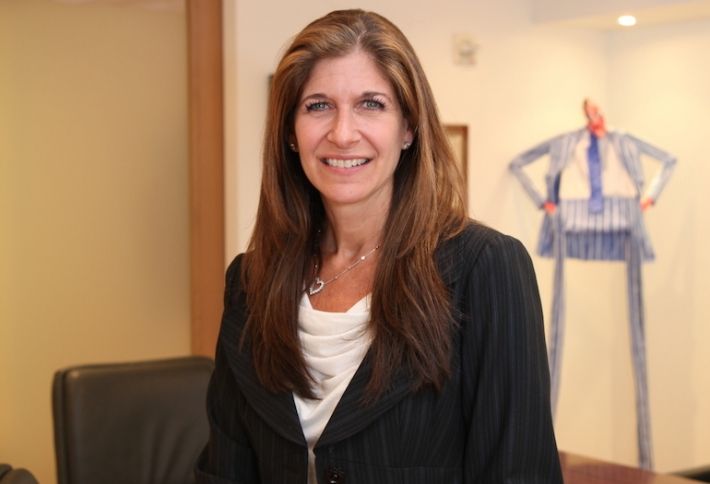 You’ll have to put on your sneakers to keep up with Laurie (or LG, as she's known). Her day starts speed walking in Central Park and continues at HFZ, where she oversees the restoration and conversion of two prestigious landmark properties, The Marquand (11 E 68th) and The Chatsworth (340-344 W 72nd), ground-up developments like Halcyon Condominium (305 E 51st), a Thomas Juul-Hansen-designed High Line building at 505 W 19th, a mixed-use condo at 20 W 40th, and a residential conversion at Tribeca’s 11 Beach St. She joined the firm two years ago after stints at Forest City Ratner (where she fell in love with real estate after working on the Barclays Center and Atlantic Yards) and Africa-Israel USA. She’s also mom to three-and-a-half-year-old Jayda Jynx. 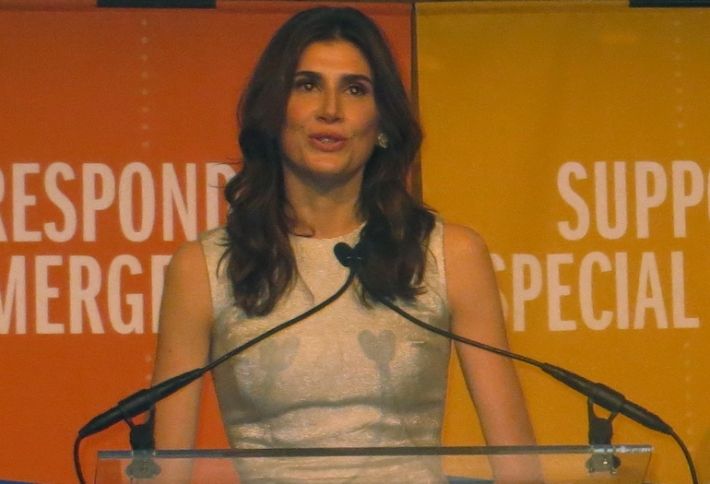 Andrea tells us that one of her company's biggest advantages is that it’s a family business (dad Mort Olshan was founder). To her, that means longevity, morality, and investment and operating acumen. Compared to dad, though, Andrea, who graduated from Harvard magna cum laude, takes a more unemotional view. She’s integrated the company's portfolio, centralized the divisions (merging 1,000 people nationwide), and created an improved reporting structure, rendering the company’s recent former name, Mall Properties, irrelevant. She does about two megadeals a year while massively reinvesting in the portfolio (keeping the cash flow strong). She also is raising three children 17 months apart and all under the age of three. 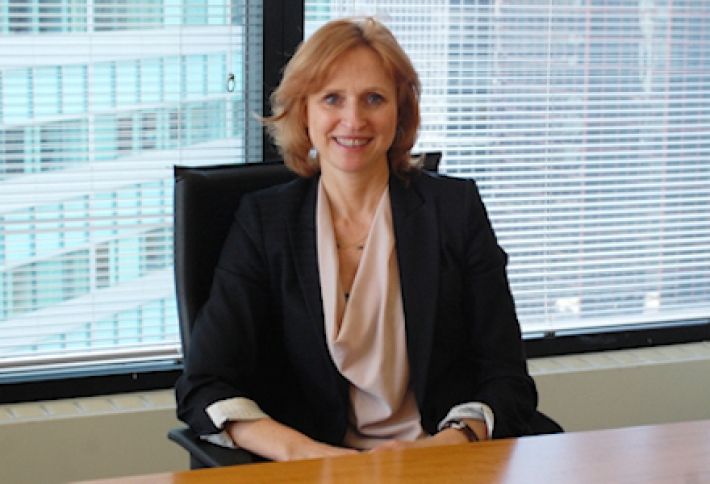 In 2008, Greta—who’s got gigs at UBS, Bear Stearns, and Credit Suisse on her resume—co-founded Ladder Capital Finance, which provides capital from $5M to $250M throughout the stack for commercial properties. It’s since financed biggies around the country and across New York like $150M for the retail-valuable 681 Fifth Ave, $62M for LIC’s Center Building, and $80M for the Downtown Brooklyn-shaping MetroTech Center. Greta and partners took the biz public this year and have done well in the expanding CMBS market, generating $41.3M from the securitization of $772.4M of loans in Q1 (Q2 results come out today at 5pm). In April, it refinanced Vornado’s 1.3M SF 909 Third Ave for $350M and plans to securitize the loan, a big one for Ladder’s book. 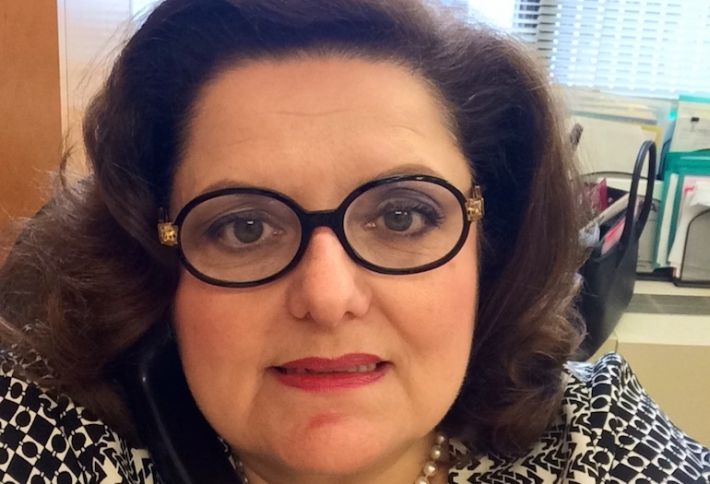 Marylou has headed LeFrak’s real estate portfolio since ’08 and before that was global head of property management, construction, and engineering for Morgan Stanley. Her company's biggest project—in fact one of the world's largest—is Newport, NJ. For 28 years, LeFrak has been building out the $10B, 600-acre mixed-use community on 1.5 miles of Hudson River waterfront surrounding the entrance to the Holland Tunnel. It's got eight Class-A office buildings, 5,000 luxury apartments and condos, Westin and Courtyard by Marriott hotels, a mall, 14 restaurants, plus ground-level retail, schools, a private park and playground, and loads of waterfront walkways connecting to Jersey City and Hoboken. LeFrak also just sold one of the Newport office buildings, 575 Washington Blvd, in a 1031 exchange for Downtown Manhattan’s 180 Broadway, a $222.5M acquisition.