How Breaking Bad Affects Your Underwriting

All you need to know about NYC real estate you can learn from TV. Apologies Michael Stoler, but we're talking Seinfeld, Friends, and Girls. 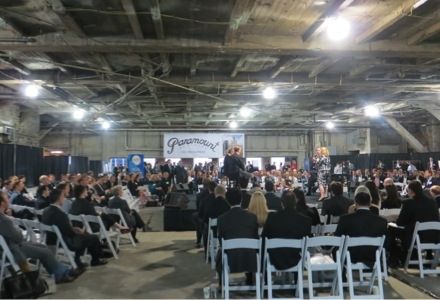 350 were on hand on the eighth floor of the Paramount Building for Bisnow's 5th Annual State of the Market event last week, where World-Wide Group's David Lowenfeld explained that there's no better indicator of hot neighborhoods than where the most popular TV characters live. 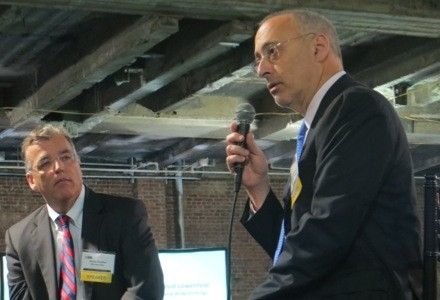 We snapped David (right, with Rose Associates' Jim Hedden). From the late '80s to the late '90s, the desirable spot was Jerry Seinfeld's Upper West Side; recall that Kramer once had a "long-distance relationship" with a woman who lived at First and 1st. From '94 to '04, Monica, Rachel, Joey, and Chandler lived in Greenwich Village. And now Lena Dunham's Hanna haunts Greenpoint. (Fraggle Rock's underground world must be why people are so keen on the LowLine.) 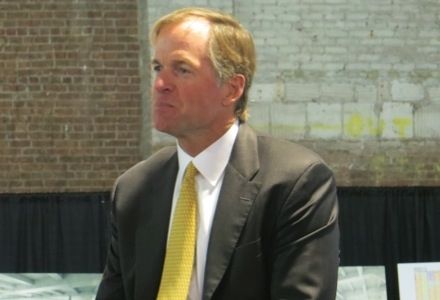 More proof of Brooklyn's predominance: Massey Knakal CEO Paul Massey points out that more MK employees live in Brooklyn than in any other borough. 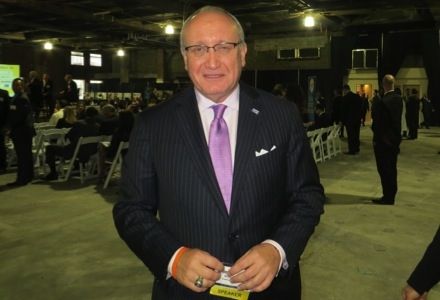 The most-oft spoken phrase at our event wasn't "vacancy rate," "interest rate," or even "call me if you need to lease some space." Rather, it was "safety." It's what makes people want to shop here, what makes parents OK with their kids going to college here, the panelists note. C&W global chairman Bruce Mosler says NYC's transportation system doesn't hurt the city's appeal, either. NYC is the quintessential live/work/play setting, he says. 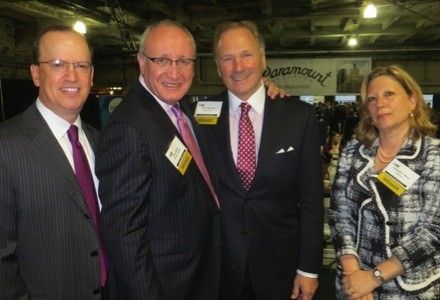 Murray Hill Properties' David Greene (left, with Bruce, Avison Young tri-state prez Arthur Mirante, and our moderator, Arent Fox's Jackie Weiss) says safety and the sites (the Statue of Liberty and the like) will keep people coming to NY. And as long as people want to be in New York and feel safe here, Bruce says, all those other demand drivers (like the immediate health of the financial services industry) aren't monumental concerns. Mayor Bloomberg's investments in infrastructure and education will pay off for a long time, Bruce says, adding that Cornell is only the first educational institution that will want to open a second campus here. 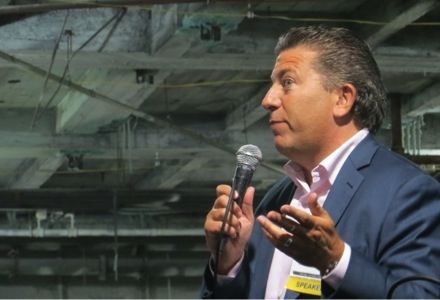 L&L Holding president Rob Lapidus sums up the US's and NY's global investment safe-haven status in the simplest way we've ever heard: "We suck, but we suck a lot less than anyone else." Among the investors who passed through his office last week were folks from China, the Philippines, Mexico, and Lebanon. 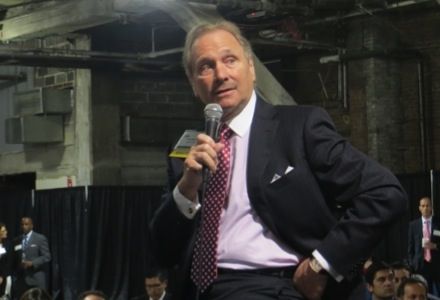 Now that we've established how great the office market is, we can drill down to the buildings. Bruce says even more important than the location is the landlord. More specifically, all the cool kids are renovating and repositioning. Arthur (above) cites Vornado's $120M investment in 280 Park and $40M in 1290 Ave of the Americas, RXR's $120M in 75 Rockefeller Center, and Rockefeller Group's $100M plug into the Time-Life Building. "These are savvy investors," Arthur says. "Look at what they're doing." 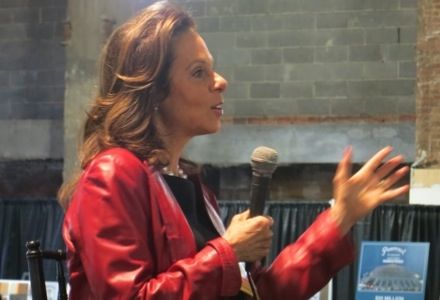 Leslie Himmel's Himmel + Meringoff has been an investor in LIC (via the 190k SF 34-02 Queens Blvd) since '87. "We've been waiting for (LIC) to emerge forever," she says. (17-year cicadas are faster at making their move.) Though the area's office market still hasn't emerged, she thinks it may follow residential's success there. Thus she pledged her early Thanksgiving to David, whose company just broke ground on 421 apartments at 24th Street and Queens Plaza, and to Jim, whose firm just delivered the 188-apartment Maximilian at 5-11 47th Ave. 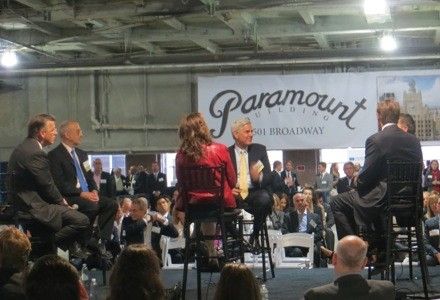 We snapped our moderator, Hunton & Williams global real estate co-head Carl Schwartz (center), whose colleagues Laurie Grasso and Susan Saslow advised WWG on construction financing for the LIC project. Where will each of our panelists invest next? Jim says Downtown (both Brooklyn and Manhattan). Leslie is going contrarian with a Midtown buy. And Rob coined a new neighborhood name: Downtown North. David Lowenfeld mistook it for Kanye West's new baby, but Rob explaines that it's the five- to six-block radius around the Calatrava-designed transit station at the World Trade Center.