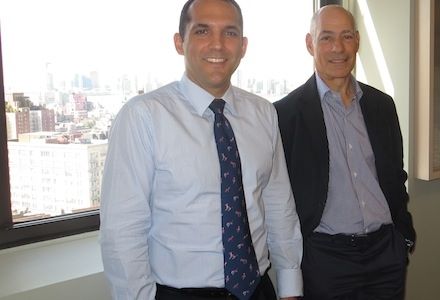 NYC awarded the Seward Park development to Taconic, L&M, and BFC on Sept. 16, three days after Taconic principal Charlie Bendit's birthday. Above, we snapped Charlie with Taconic chief investment officer Kevin Davis. It was Taconic's first time going after an RFP, and it was a biggie: Manhattan's largest infill parcel south of 96th, at Essex and Delancey. (Read our first story about their plans for the 1.7M SF project, called Essex Crossing, here.) 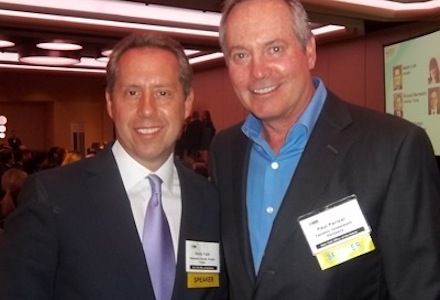 Charlie tells us this is the project his career has been leading up to, his capstone. For him and Taconic principal Paul Pariser (above, with NGKF tri-state president David Falk at Bisnow's Future of Office event in May), it's an opportunity to tie together all the projects they've worked on and all the knowledge they've accumulated into something iconic, something that will enhance NYC, serve as a tribute to the Bloomberg legacy, and "something to be proud of." 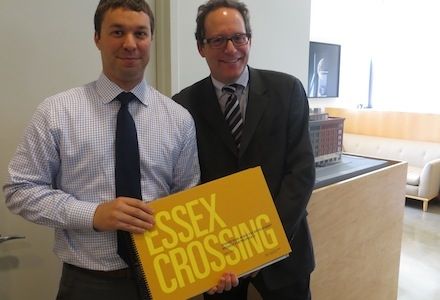 We also snapped Chris Balestra and Andrew Zlotnick, Taconic's point people on the $1.1B development, with the 1,000-page proposal. (It's this summer's Gone Girl. And if it gets turned into a movie, we think SNL's Taran Killam could play Chris.) The 250k SF of office will be the only office to speak of on the LES, and Taconic expects it to be a hit among tech users. Chris tells us the company already has letters of interest on office and retail. Their favorite aspect is the Market Line, a retail tunnel (that the Essex Crossing developers will have to dig). It'll pull in tons of natural light and connect the project's three largest buildings without interrupting the LES's dense street grid. And though it could connect to the LowLine if that park (in an old Williamsburg Bridge trolley turnaround) ever proceeds, Charlie says it's not part of Taconic's underwriting.