Is This a Bubble?

Concerns about NYC's soaring REIT valuations and rent growth are surfacing. Experts at Bisnow’s 6th annual NY Capital Markets Summit last week had plenty to say about whether we’re in for a correction. And if we are, what might set it apart from the last one? (Besides the fact that the barrels we all wear will be sustainable and locally sourced.) 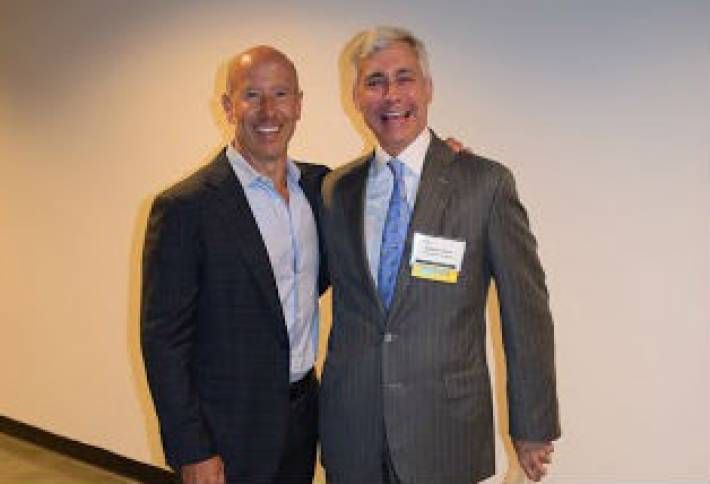 Starwood CEO Barry Sternlicht, who co-keynoted, pegs geopolitical concerns as one driver of capital flowing into US real estate, likening ISIS’ advance across Iraq to Hitler’s march across Europe. He says a nasty global geopolitical picture, along with instability in countries like Greece, could make for a wild ride. Printing more money or moving it around the world isn’t the way out, he says. At a certain point, Barry says, “Somebody’s gonna say, ‘huh, maybe all this paper isn’t worth very much.’” 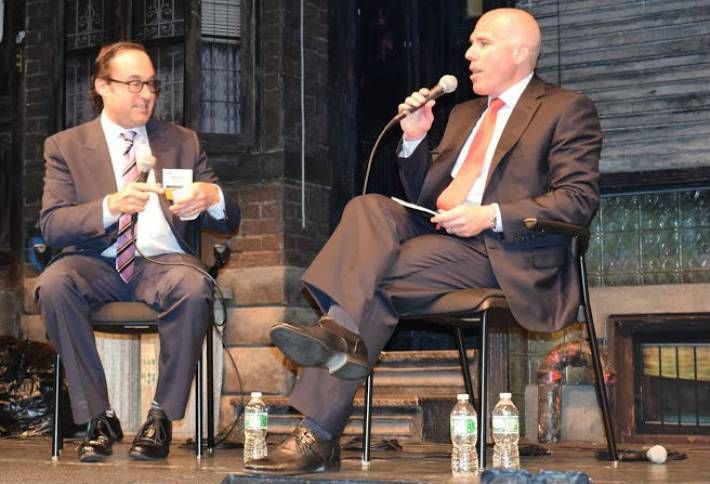 But RXR CEO Scott Rechler, who also co-keynoted (above with Arent Fox partner Mark Fawer) points to RXR’s recent sale of a 50% interest in a $4B portfolio of four NYC office buildings to make the point that we’re not in a bubble. “If this were a bubble,” Scott says, “we’d have sold 100% of it.” He says RXR stayed away from the CMBS market even as it made a comeback, citing a recent balance sheet loan from AIG that closed in about a month as an example of a financing strategy. Underwriting usually works out without CMBS, Scott says, but there’ve been times it hasn’t, like when rates didn’t go as low as anticipated following some deals. 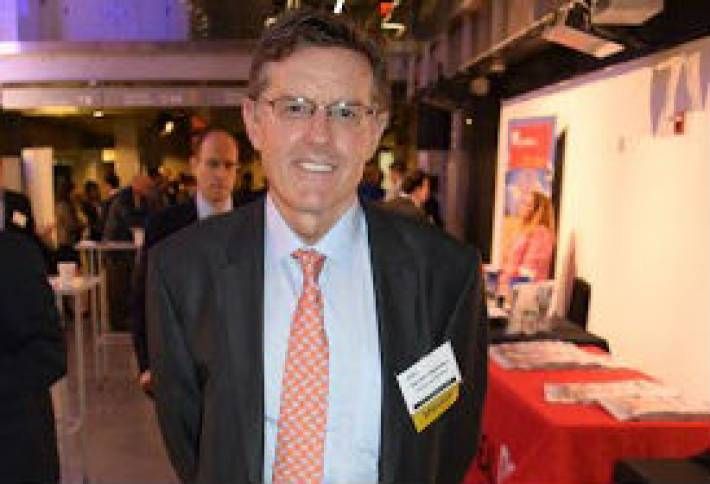 Cushman & Wakefield executive managing director Garrett Thelander says for interest rates that can dip as low as 2%, he’s seeing regional banks lending at up to 75% LTC for multifamily construction projects in the $10M to $50M range. But as you scale up, Cantor Commercial Real Estate co-CEO Anthony Orso observes that big investment bank balance sheets don’t compare to the size they were back in ’06 and ’07, and that’s making them get thriftier. He says banner trades like SL Green’s buy of 11 Madison Ave would have happened differently back then, with some smaller entity beating SL Green out of the gate and getting a loan at an LTV ratio that no bank would touch nowadays. As Garrett points out, banks are reluctant to shoulder deals of over $100M, and that means REITs and PI firms are doing a lot more underwriting of big loans for construction, often to the tune of 7% and up. 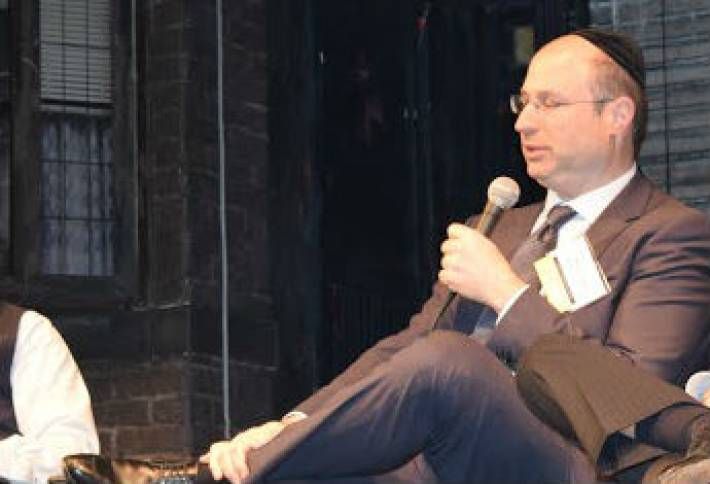 Meridian Capital CEO Raplh Herzka recently talked to a banker who said their bank’s been underpricing construction loans because developers are paying them back on condo projects in as little as two years, when they’d been ready to play a much longer game. He says the smart money in the non-recourse space that firms like Blackstone are stepping into, doesn’t come cheap. Blackstone CIO for real estate debt strategies Mike Nash got a rise out of the audience when he said “we are scared ___-less about construction lending,” which Blackstone got into about two years ago. He says construction financing was a tough fit for the firm, but doing a lot of lending on pre-sold residential projects at around 50% LTC has helped contain risk. SL Green co-CIO David Schonbraun makes the point that sovereign funds from Europe like Norges are relatively new on the scene on the equity side. He says all that equity is helping the city head into more of a landlord’s market as positive net absorption means acquisitions are underwritten increasingly with rent growth in mind. 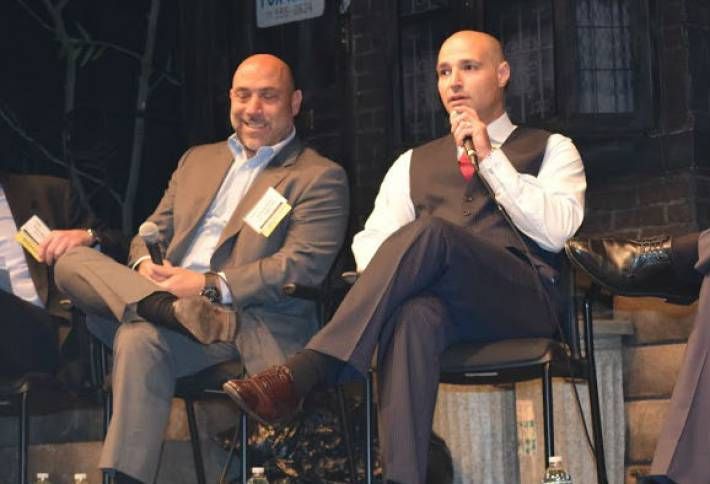 Avison Young principal David Eyzenberg (above, with Cantor Commercial Real Estate co-CEO Anthony Orso) says the newly effective Basel III agreement is going to shake up development underwriting, pointing to its stress tests, especially the requirement for 15% equity for development deals. Under the requirements, David points out that deposits don’t count toward that equity and that projects have to be underwritten for condo value instead of rental value. But Savanna managing partner Chris Schlank says those values are about where they should be. Asked by Charlie Tallinger, Partner Engineering & Science principal, who moderated, if there’s any part of the city that’s undervalued these days, Chris said as far as he's concerned, there isn’t a single place. 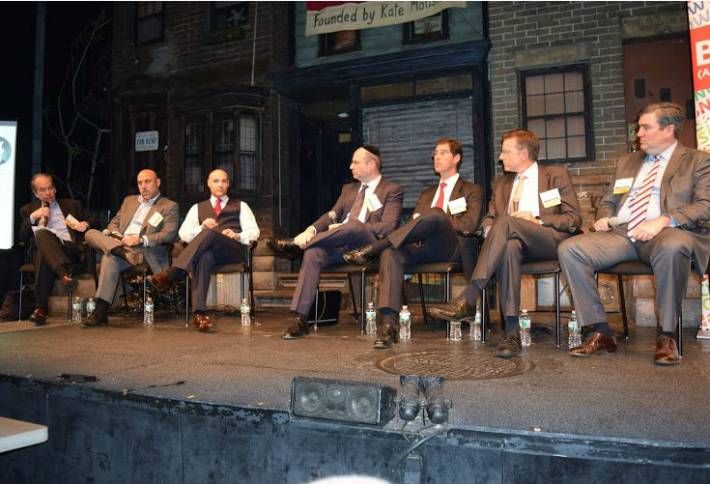 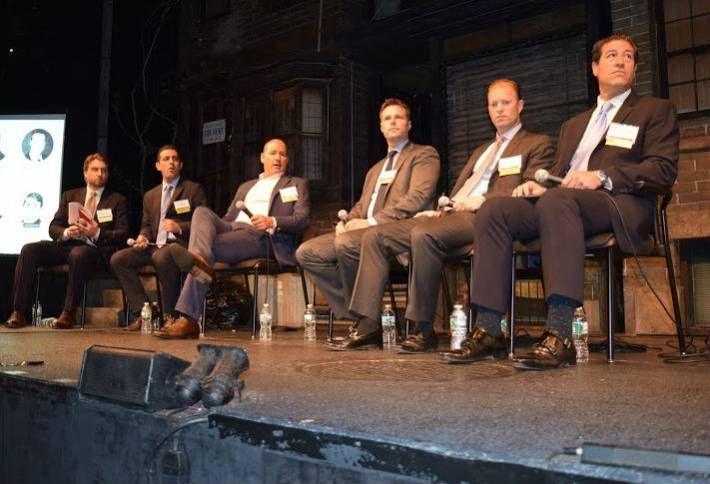