Even Foreign Investors Are Getting Priced Out Of New York City

New York City remains among the most desirable destinations for real estate investment in the world, one of the reasons American investors have largely been priced out of buying the city's most expensive properties. Now, even global investors, largely responsible for the astronomical price increases, are tapping out. 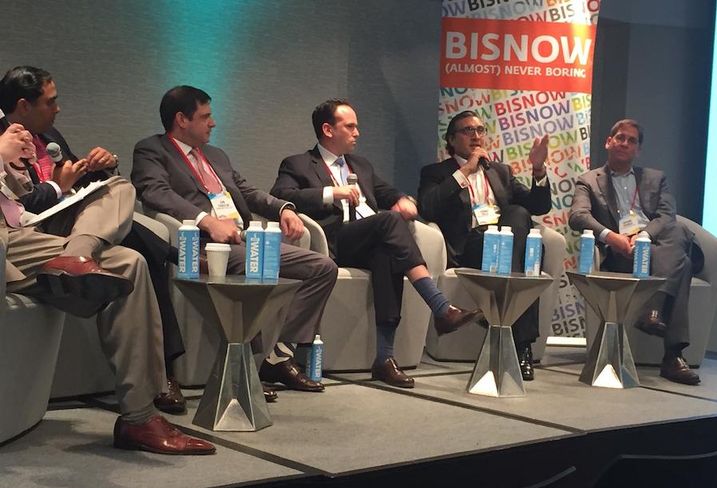 "We love New York, but if you look at what we’ve done, we’ve been a net seller in New York in the last few years," Peter Ballon, the global head of real estate for the Canada Pension Plan Investment Board, said Thursday at Bisnow's National Finance Summit at 810 Seventh Ave.

For example, CPPIB sold its 45% stake in 1221 Sixth Ave. because Ballon said he felt the value in the office, which was not fully leased at the time, had peaked. CPPIB bought equity for $576M in 2010, and the Chinese Investment Corp. bought it through Invesco for just over $1B.

"There’s nothing not to like about New York, we just see better risk-adjusted returns in other markets," Ballon said. "The flight of capital here is deserved, but it’s squeezed returns to the point where we don’t like them. Our job is to move around where we see the best risk-adjusted returns. Today we find New York expensive."

Sonny Kalsi, one of the founders of GreenOak Real Estate, agreed, citing the record boom of 2015 and the city's struggles to adjust its expectations. He said not only is transaction volume down from two years ago, so is foreign investment activity.

"We’re not giving a lot of people reason to come rushing in right now considering what’s coming out of Washington," said Kalsi, the former co-head of Morgan Stanley's real estate investments. "We’re definitely in a period of time where I don’t think you’re going to see a huge rush of foreign capital in the near term." 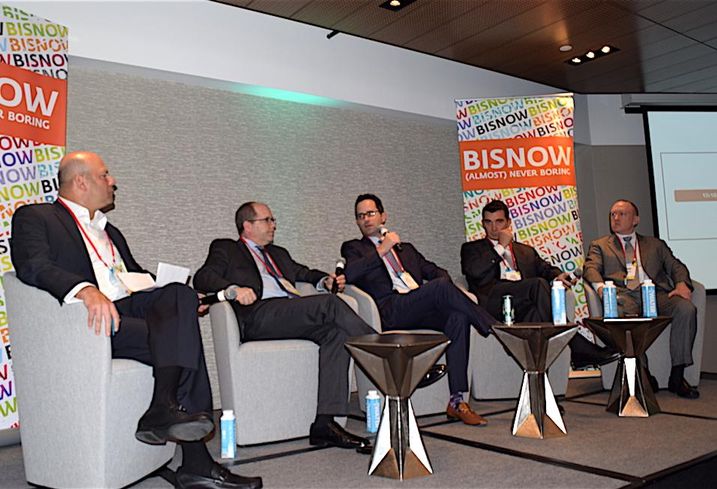 Part of the reason New York is not the be-all, end-all for some foreign capital as it once was is because of the shift of priorities for many foreign funds. Rather than seeking to park money and generate income — although that is still a main driver of investment — the funds are becoming more interested in return on their investments.

"We’ve added markets like Nashville and Austin and had Portland in there. The ability to buy at 5.25%, 5.75% cap rates, as opposed to 4%, has made our portfolio pretty good as it relates to income production," Zurich Asset Management head of U.S. investments Sean Bannon said. "It’s much more expansive and it’s much more broad than you think. There’s always this sound bite about foreign capital concentrating on the big markets, and it’s not as accurate as it used to be."

The combination of technology and partnering with locals is helping foreign investors make the kind of moves historically reserved for nimble private capital. French fund Allianz Real Estate has more than $15B invested in U.S. real estate, according to its head of U.S. acquisitions and equity investments, Gary Phillips, but a stateside staff of less than 30 people.

And, as New York City investors know all too well, you can never count out a single investor who may drive an asset's price beyond where anyone thought it could, or should, go.

"There’s no shortage of the outlier buyer," AllianceBernstein Chief Investment Officer Brahm Cramer said. "The pricing, when you find that buyer, can be totally unhinged from the rational market. It’s sporadic, it’s idiosyncratic, but if you have what they want, they’re pretty aggressive. It’s different than just buying in New York and San Francisco like it was five years ago."