From a regulatory environment in flux to some unexpected tips on bridging cultural gaps when cash flies around between countries, the 300-plus people in attendance learned a lot at Bisnow’s first-ever NY Foreign Investment event, held Tuesday in Manhattan.

1. It’s Not Your Dad’s FIRPTA Anymore 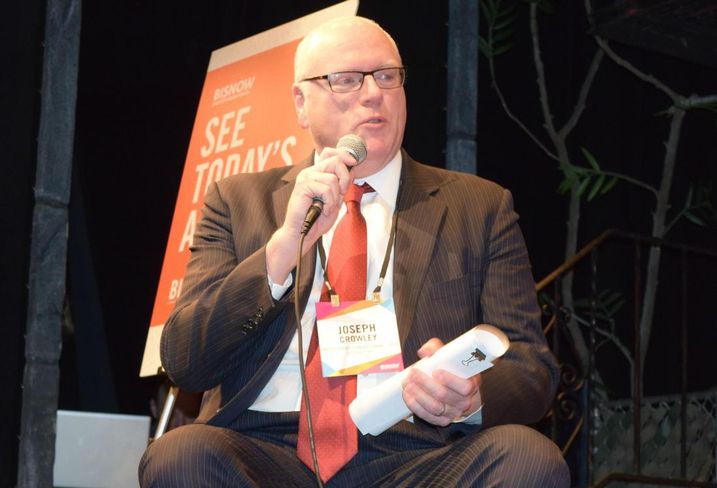 Congress isn’t anywhere near repealing the Foreign Investment & Real Property Tax Act, passed in 1980. But foreign investors can now own up to 10% of any publicly traded REIT (up from 5% previously). The law also now lets foreign pension plans invest in any structure of US real estate and pay no capital gains tax upon exiting. The recently passed reforms were sponsored by Rep. Joseph Crowley (speaking), a panelist at our event. He reps NY’s 14th District, which includes parts of Queens and the Bronx.

2. Election May Mean We’re Stuck With The Same Old EB-5 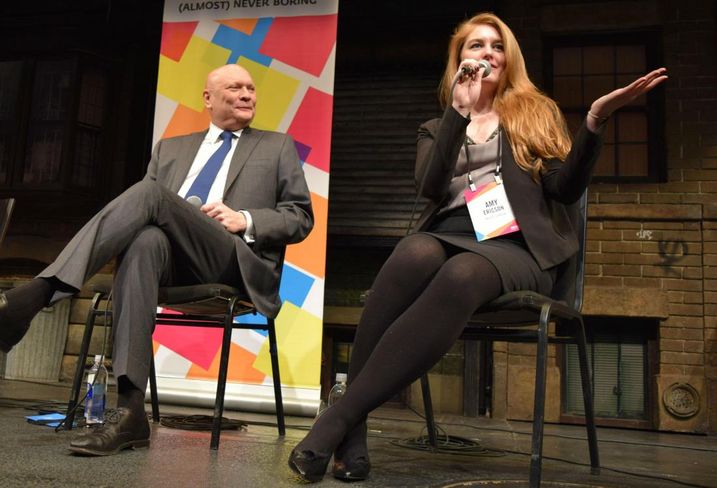 Alluding to this fall’s one-year extension of the existing EB-5 law, Real Estate Roundtable CEO Jeff DeBoer says Congress can act like teenaged boys; doing nothing until the last minute and then only doing the minimum.

Right now, Wright Johnson VP Amy Ericson says there are 20,000 petitions for green cards waiting to be adjudicated by the US Customs and Immigration Services. Demand for the program is huge, and Polsinelli shareholder Dawn Lurie says the current limit on the number of visas it allows doesn’t keep up with demand. But seeing as it’s an election year, and immigration is like kryptonite in many congressional districts, yet another extension is likely, Amy says. But we can’t be sure.

3. NYC Is Its Own Animal 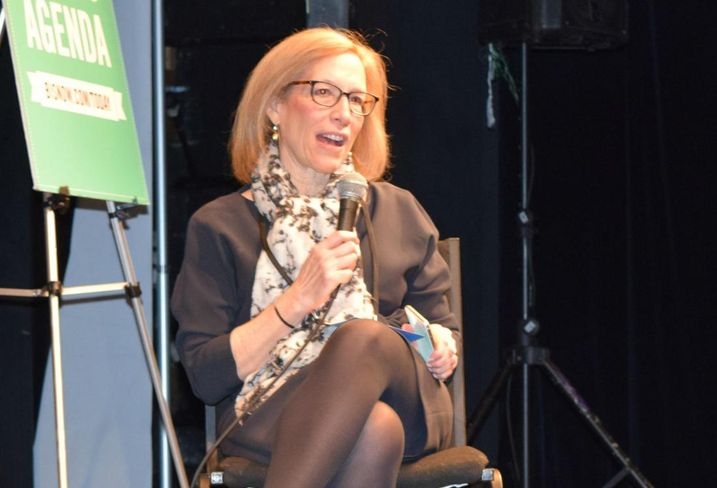 Speakers emphasized the need to help those from abroad who are new to investing in NYC understand what’s different here. Eray Carbajo partner Gonzalo Carbajo says he sees people from from all over the world with tons of money ready to invest in NYC, but he has to tell them money’s not enough. You need to know how to close a deal here.

Closing in NYC means moving fast—and most folks new to this market take some time to adjust to that, says Hodges Ward Elliott managing director Will Silverman. Will says an initial discussion about a deal can read like a “greatest hits” of all the pitfalls of past US deals he's done.

Speaking of pitfalls, Herrick Feinstein's Belinda Schwartz (above) notes that things like ground leases and complicated assemblages can spook some foreign investors, so one of the challenges of roping in that capital is to go out of your way to demystify the complex parts of a deal.

4. It’s A Small World After All 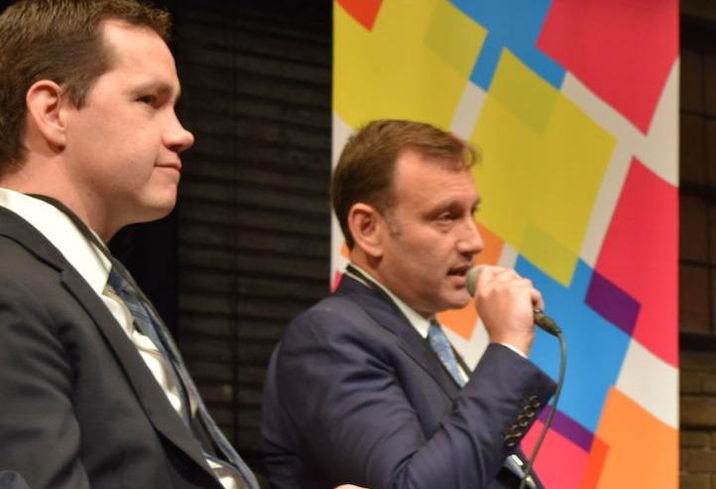 It goes the other way, too, panelists said. If you want to raise money from a certain country, there’s no better way to make it happen than to visit frequently and learn everything you can about your investors’ local market, says HAP Investments CEO Eran Polack (speaking, with Fosun Property Holdings managing director Erik Horvat).

Will says his team flew to Korea twice while working on the deal to sell a ground lease on the Palace Hotel to LOTTE Group this past summer: first, to explain the ground lease to the investors, and again two weeks later to make sure the investors understood it. 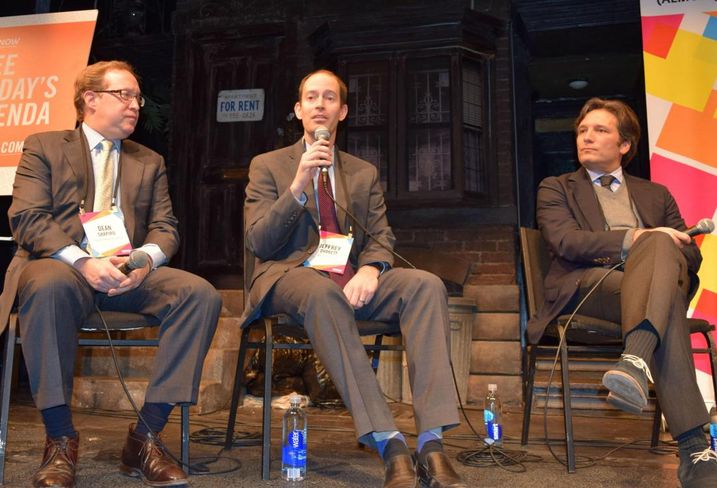 Complicated deals are becoming more common, speakers pointed out, as ownership structures and capital stacks are split up among more parties. As Kaufu Properties EVP Jeffrey Dvorett, center, reminds us, it’s so competitive to build ground-up in NYC these days that thinking outside the box can be the only way to get your project built.

It can be easy to forget when we’re focused on the local market, but even in downturns, Niso says, the US market tends to fare better than most, and all the more so as the current cycle matures, there’s no safer place to park an investment than NYC. 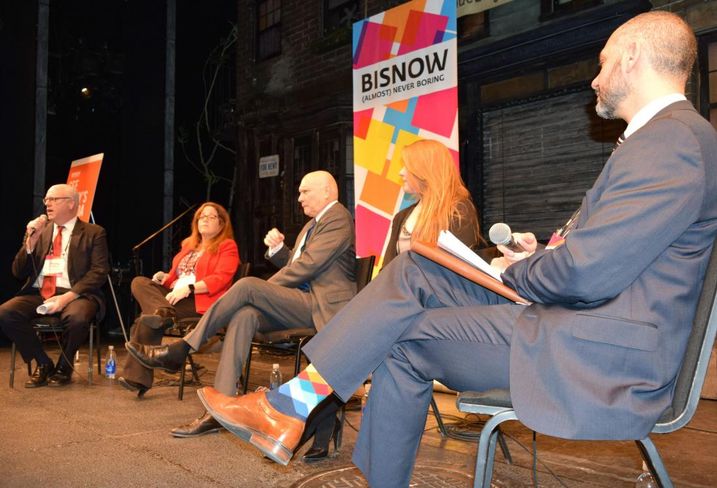 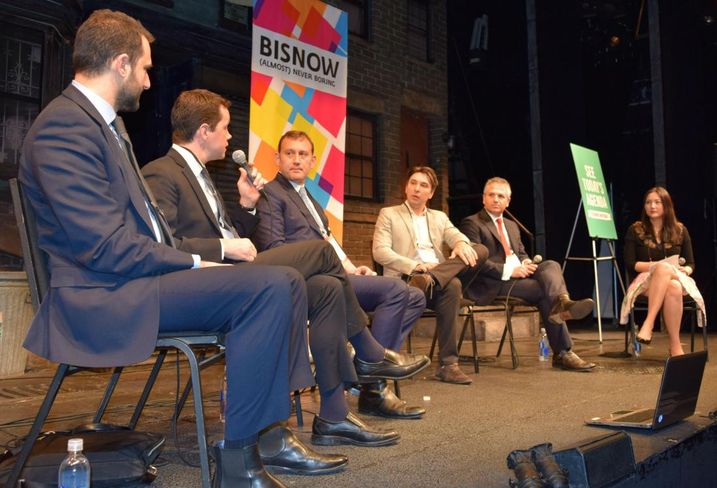 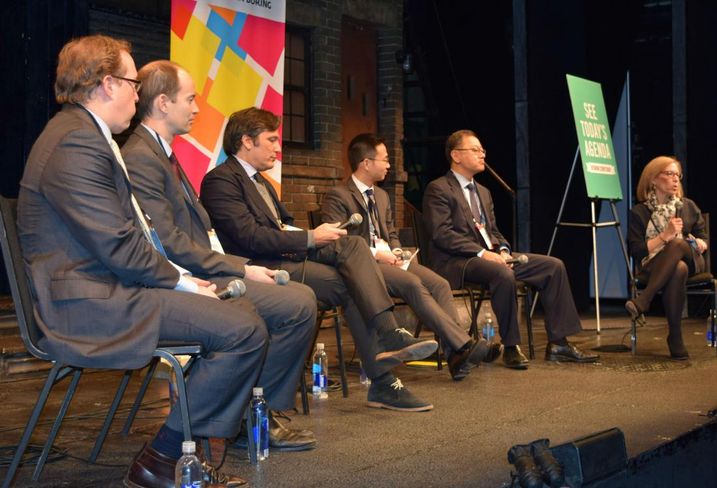