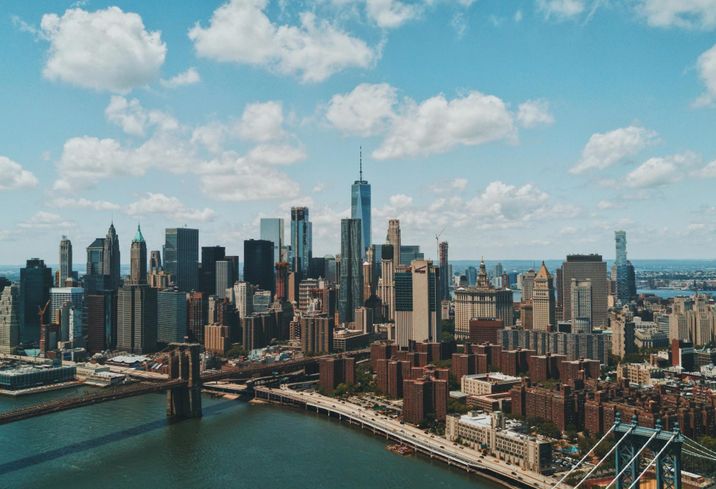 The Department of Housing and Urban Development estimates that the units under its control need a whopping $26B worth of improvements and repairs.

Strapped for cash, public housing agencies are often forced to make tough choices about what can be repaired: A burst pipe might mean a leaky roof will have to wait.

This makes it easier for PHAs to use a combination of public and private affordable housing resources, including tax-exempt bonds, third-party financing, federal Low-Income Housing Tax Credits and more.

Hunt Real Estate Capital was an early leader in facilitating public-private partnerships through the RAD program and has been working with HUD, housing authorities and private developers to finance the rehabilitation of public housing nationwide.

Bisnow: What is the RAD program for?

Reiss: At its core, RAD turns the volatile funding of public housing operating subsidies and capital funds into a stable source of revenue. The traditional financing that supports public housing is subject to congressional and federal budget allocation and it can be difficult to predict each year.

With RAD, PHAs can receive contract-based funding and they can be certain of the subsidy they are going to receive. In addition, RAD gives PHAs the right to leverage their properties. When they transfer from HUD to the local housing authority, PHAs can put first mortgage debt on their assets, which attracts private investors who are interested in partnering with the housing authority to help these units get the funding they need for repairs.

Bisnow: How can this program benefit New York?

Reiss: The New York City Housing Authority provides housing for more than 400,000 New Yorkers. By partnering with NYCHA, the private developers and management companies who will take over much of the day-to-day operations of these units have an opportunity to improve the quality of life of both the residents of public housing and those in the surrounding neighborhoods.

Joint ventures with private developers can accomplish this not only by making improvements to the buildings, but also by beautifying outdoor areas, installing additional safety measures like outdoor lighting and bringing construction jobs to the neighborhoods.

Bisnow: Has Hunt worked on any RAD conversions in NYC recently?

Reiss: In November 2018, we closed on a project in the Mott Haven section of the Bronx called Betances, which is a portfolio of 39 buildings encompassing 1,088 units of public housing.

The developers on the project were MDG Design + Construction and Wavecrest Management, both of which have a long history of commitment to affordable housing.

We arranged a $120.6M Fannie Mae loan that allows for significant improvements to the buildings in the portfolio. The scope of rehabilitation includes replacing roofs, installing new HVAC systems, adding additional indoor and outdoor lighting to enhance security and redoing the kitchens, bathrooms and flooring.

In July 2019 we financed the second project, a portfolio of around 60 buildings in Bushwick, Brooklyn. Pennrose and the Acacia Network teamed up with NYCHA to convert 1,321 units of existing NYCHA public housing to Section 8 housing. We arranged a Freddie Mac loan that enables the partnership to make needed repairs and improvements to the buildings. This transaction also involved the creation of a new risk share program between Freddie Mac and the New York State Finance Agency to reduce borrowing costs and increase proceeds for the rehabilitation.

Bisnow: How do you respond to critics who are concerned that private operators won’t protect the rights of public housing residents?

Reiss: While many of these critics have good intentions with their concerns, they fail to understand that public housing residents are guaranteed all the same rights under RAD that they had before their units were converted into Section 8 housing. Their rent will remain unchanged and they always have the right to return to their property if they need to temporarily move during construction.

This program also takes great measures to ensure that residents are involved from the beginning of the process. There are numerous meetings where residents are brought into the process and provided with details on how the subsidy is changing as well as the scope of improvements. These meetings also provide a forum for residents to voice any concerns so they can get their specific questions answered.

NYCHA and the New York City Housing Development Corp. are extremely involved in the selection of their development partners and in supporting residents throughout the entire process to ensure everything goes smoothly.

This feature was produced by Bisnow Branded Content in collaboration with Hunt Real Estate Capital. Bisnow news staff was not involved in the production of this content.