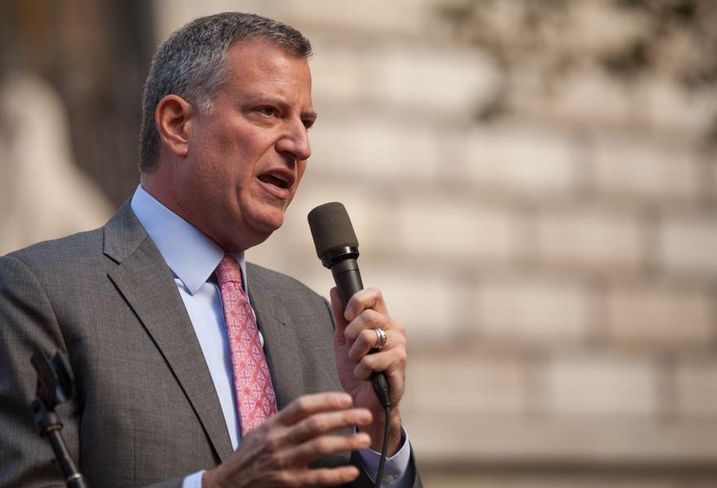 One of New York Mayor Bill de Blasio's first promises upon election was the addition of a considerable amount of affordable housing, and he appears to be fulfilling it.

A new study by the New York Building Congress shows since de Blasio started the Housing New York Plan in 2014 with a pledge to encourage and fund the construction of 80,000 new affordable housing units in 10 years, the city has produced 25,342 new affordable units. Just about a third of the way through the 10-year window, 32% of the pledged units have been delivered.

Overall, de Blasio pledged 200,000 affordable units would be built or preserved, and the more than 25,000 new units are part of 77,000 total residences that have been financed. This has been accomplished despite the lapsing of the 421-a tax abatement for affordable housing, which has since been reborn as Affordable New York.

In fiscal year 2017, 7,705 new apartments and 16,588 preserved homes have been financed by the City of New York, thanks to a $1B funding package that was turned into $1.3B in Housing Development Corp. bonds. That brings the total funding given to the project since its inception up to $2.8B of direct investment and $5.5B of bond financing.

Since the announcement of the Housing New York Plan, 21% of all new residential units authorized for construction in the city have been affordable housing. Thirty-nine percent of construction starts have been in the Bronx, with Brooklyn in second place at 29%.

“Despite these successes, the lack of an adequate supply of housing that is affordable to New Yorkers remains one of the city’s most pressing issues," NYBC President and CEO Carlo Scissura said. "It is incumbent upon all members of the design, construction and real estate industry to continue working with the mayor’s office to keep construction going by making a forceful case for the mayor’s neighborhood strategic rezoning initiatives and individual residential projects that promise to deliver significant numbers of new affordable housing.”