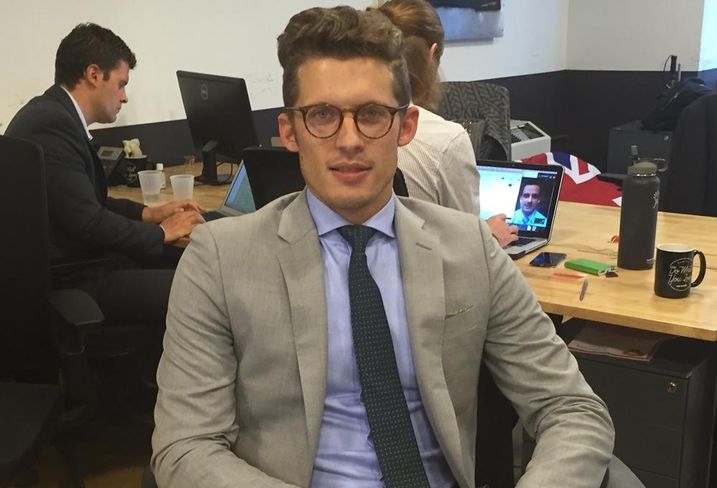 For five years, Bisnow growth and development VP Miles Bloom (pictured) has endlessly networked with the industry's biggest players. While Miles thrives in any meet-up inside and outside the boardroom or event space, he says the most important one he’s done is Covenant House’s SleepOut, which will be taking place on Sept. 29.

Following a quick coffee and schmoozing session, Miles was split into a group with some of the kids at the Covenant House, talking about their pasts and roads to recovery.

One teen told Miles how his parents had died within months of each other, forcing he and his 7-year-old brother to take a bus from Miami to NYC to live with their grandmother. Upon arriving in the Big Apple, the two learned their grandmother had passed during their trip.

Without a home, the teenager reached out to an uncle who also lived in NYC. The uncle admitted he could only financially support one of the two boys, so the teen sent his brother off to the uncle and was forced to get by by himself, living on the streets for years before coming to Covenant House.

Miles says the fact these teens could tell heartbreaking stories like these—or teach him how to use a cardboard box to sleep on the hard pavement—with a smile on their face gave him a greater appreciation for the Covenant House and its work.

Calling the SleepOut “one of the most positive experiences of my career,” Miles has joined the SleepOut’s planning committee and hopes to help raise more than $300k at this year’s SleepOut.

“It’s not really about the networking,” he insists. “Even if you come for that, it quickly evolves into something much greater. I can’t recommend it enough.”

To learn more about the event or which industry professionals are attending, click here.