Get your staplers and photocopiers ready, folks. (Or just get a tablet already.) The office sector is showing early signs that prosperity and growth are coming, we heard at yesterday's Bisnow New Jersey Office Boom event in Newark. Here are our four big boosters: 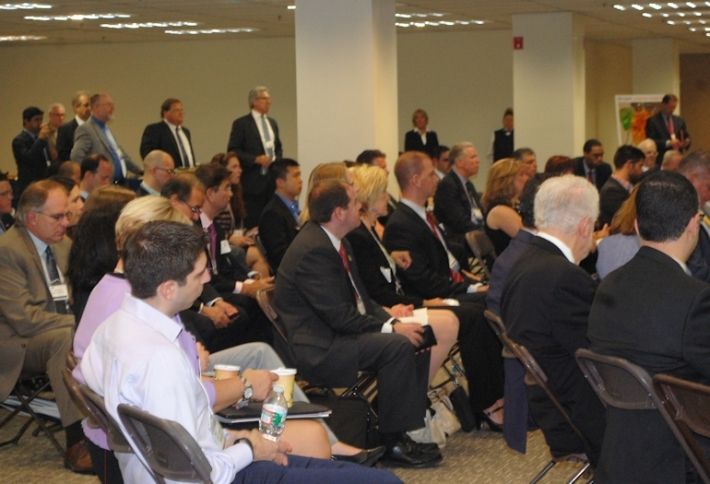 Since December, 41 projects have been awarded Grow NJ incentives totaling over $715M, and these projects are tied to the creation of 6,400 new full-time jobs and 7,700 retained at-risk jobs, Choose New Jersey CEO Tracye McDaniel told over 125 attendees at 2 Gateway Center. The state is an incentive hothouse, says Biggins Lacy Shapiro & Co executive managing director Jay Biggins, noting how a dozen other states have followed NJ’s programs. (It's also very good for growing tomatoes.) 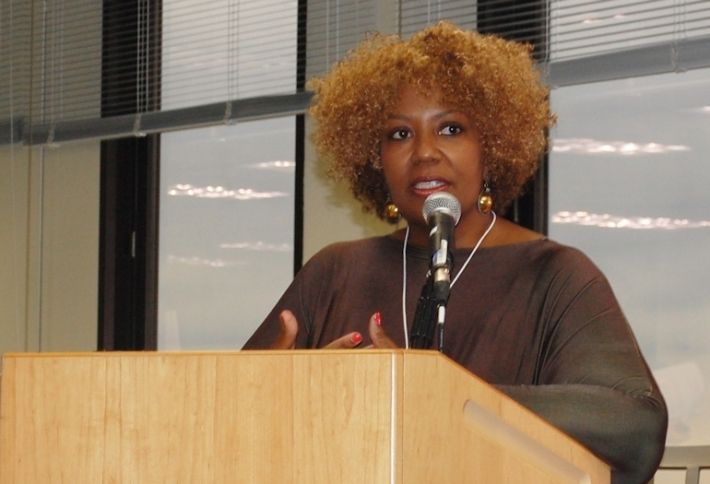 The economic development org talks to folks in the top 50 US markets and 20 countries daily about what the Garden State has to offer for relocation and expansion, citing the success in retaining IDT in Newark and attracting RBS to Jersey City. Part of luring new biz is reimagining current office product and turning urban digs into 24-hour places that are attractive to Millennials, Tracye says. “These will determine which cities soar in the future.” 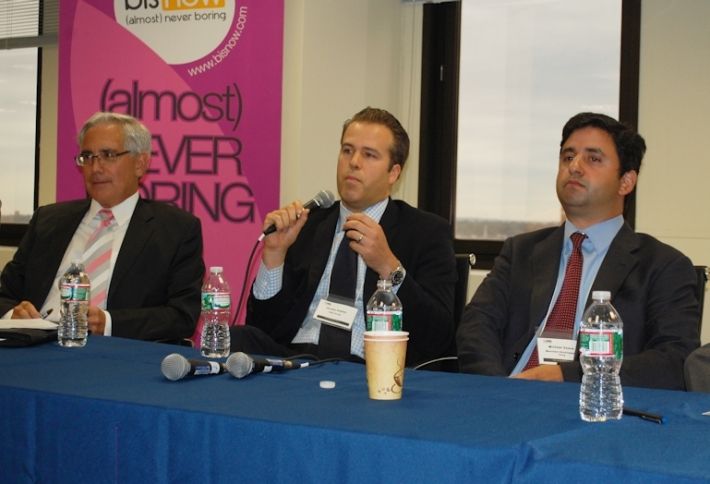 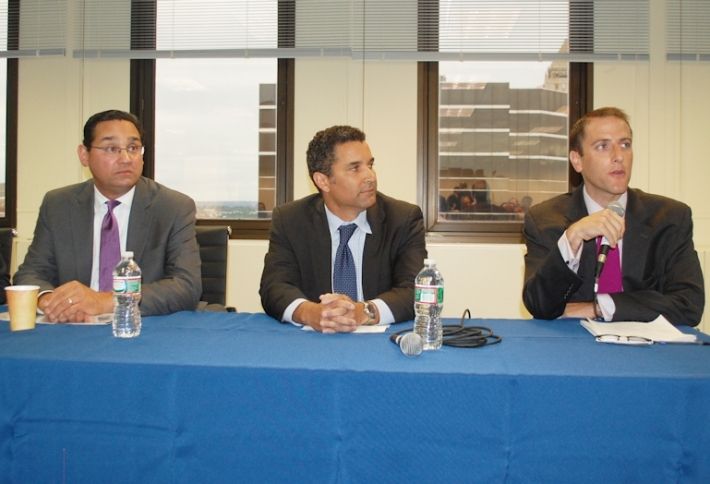 Sills Cummis & Gross member Ted Zangari (left, with Brent and RXR EVP Seth Pinsky) warns that if brokers aren't promoting incentives “you’re, in essence, committing malpractice.” That can equal tens of thousands of dollars per full-time employee, based on factors like being in an urban transit hub or in a distressed municipality. But Seth—formerly prez of the NYCEDC under Mayor Bloomberg—argues that incentives shouldn't be the headline attraction. Instead, target significant infrastructure investment and a talented workforce and customer base through mixed-use, sustainable, and walkable TODs. 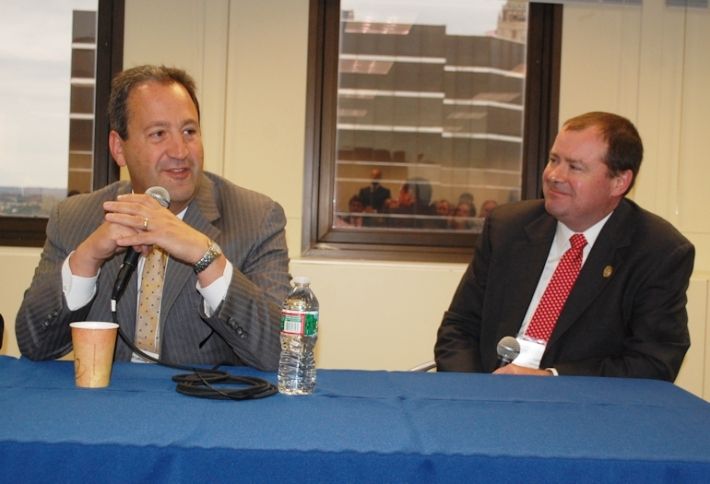 PSEG COO Ralph LaRossa (left, with Verizon NJ region prez Paul Sullivan) says that unless underlying infrastructure is good, you can’t sell an area, and that’s why PSEG has been reinvesting in the grid and rebuilding its transmission system since 2003’s Northeast blackout (or as most people remember it: "That time we realized none of us had extra batteries.") This is improving reliability and lowering power costs, he says; PSEG is also improving sub and switch stations. He says NJ is in a great spot because of the Marcellus Shale, which’ll also lower natural gas costs. Verizon is 80% finished with fiberizing Newark, which'll help businesses grow and improve communications, Paul says. 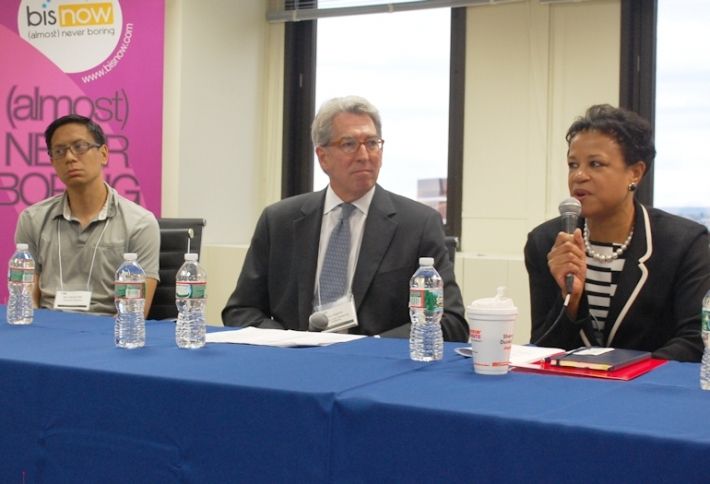 Prudential Financial SVP of human resources Sharon Taylor (here with Tigerlabs Ventures CEO Bert Navarrete and Jay), whose company is NJ’s largest private employer, says the Garden State is uniquely situated to attract a broad complement of employees, including NY and Pennsylvania reverse commuters. NJ's also growing its own burgeoning creative scene: Princeton-based Bert is focused on galvanizing startup companies and creating an “entrepreneurial ecosystem” here a la Silicon Valley, with cool spaces, services, venues, and capital for these businesses (his goal is to back 60 of them). Panelists also pointed to increased interest from TAMI tenants (tech, advertising, media, Internet), like Forbes' incentivized relo to Jersey City.