Adventures In Job Searching While Furloughed 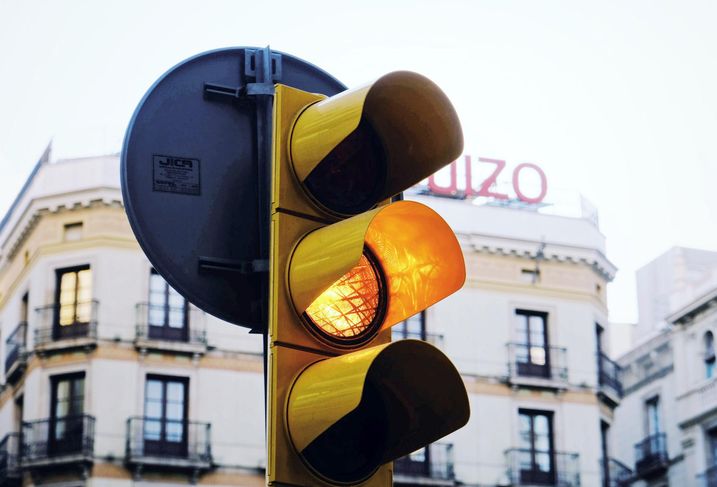 Since being furloughed from her business development role at an international hotel franchise, Jacqueline Guas said she has been exercising more, spending time with her 2-year-old daughter and dedicating more time to her role as a volunteer firefighter. But she has not lost sight of the job search.

"Every day I dedicate a few hours to broadening my network on LinkedIn, answering a lot of InMails, applying for jobs. ... Even if a job doesn’t come from it, networking with someone, you never know if something’s going to pop up,” she said.

While the unemployment rate in June was still 11.1% (compared to January’s 3.6%), an unexpected substantial gain in jobs in June has inspired some hope.

In real estate, some furloughed workers started to see a break in the clouds.

In the UK, 28% of real estate sector employees were furloughed as of May, as well as more than a third of construction workers. But some saw returns by mid-June, as 1 in 20 private-sector employees across all industries in Great Britain headed back to the office — construction, manufacturing and hotels among those who saw the most returns.

In the U.S., brokerage companies Realogy and Redfin had both engaged in large-scale furloughs, and they are the first in the landscape to publicly announce bringing workers back, in some cases earlier than expected. Redfin’s furloughed employees had been given a projected return date of Sept. 1, with a transition bonus and healthcare benefits through the summer, but some returned as early as May.

Realogy brought back some furloughed employees at the start of June. The company's CEO, Ryan Schneide, attributed these returns to optimism and activity in the residential market.

Sonder, a short-term rental platform that laid off and furloughed a combined 4,000 employees in March, has slowly started to bring back some of its workers as well. Some 100 workers are coming back in July following successful Series E fundraising.

But CEOs across CRE agree the industry is still on very shaky ground. And for those still furloughed, the job search is a roller coaster.

"I don't always know who is furloughed and who is actually fired," TBG Real Estate Senior Vice President Chris Papa said of his recruitment job candidates in CRE. "People kind of use the words 'furloughed' and 'let go' interchangeably when I talk to them. I had one person say, 'I'm furloughed — I don't have to tell you that I'm not working. I am technically still employed there.'

"It's ethically right to tell a new company that you were fired or let go, but if you were just furloughed ... it's easier to find a job when you have a job."

But whether laid off, furloughed, or just feeling a massive lack of job satisfaction or security, another upshot is that job seekers may encounter a new dose of humanity in the interview process.

CRE Recruiting principal Allison Weiss is not so worried for her candidates when it comes to the optics of being let go versus furloughed, at least during the pandemic. She said she assures her candidates: "The stigma behind not having a job right now is not a thing."

"Employers are incredibly understanding — probably more so than they ever have been — that if someone's on the market today, it has nothing to do with their skills and ability," she said. "It has everything to do with the pandemic."

Weiss said the digital interview can also be extremely awkward, to say the least.

“Digital delays, technical difficulties, people speaking over each other," she said "... I do think what is interesting about it is prior to the coronavirus and everything that’s happened since, there was this idea that there was a separation, there were boundaries around what is personal and what is work. Those have dissolved.

“The humanity of people is really at the forefront,” she continued. “You’re talking to people, and you can see where they live. You can see, sometimes, their families and their pets and things like that. That actually builds a lot of connection and takes down some of the walls between work.”

Weiss said this ebbing of boundaries can help candidates show their more truthful and authentic selves, despite the shortcomings of a digital connection, and that is a positive.

Of course, these advantages are only enjoyed by those who are lucky enough to break through the noise and land an interview.

Denise Blackstone, a commercial real estate lease analyst for a physical therapy clinic network based in Texas, is also currently furloughed. She is looking for new opportunities not because she doesn't believe her employer will bring her back but because she doesn't know when, and she isn't comfortable just sitting around doing nothing while she waits.

After all, the extra $600 per week in unemployment benefits from the U.S. government as a pandemic provision is set to end July 31, and as of now, it has not been extended.

Blackstone has been working in her field for more than 30 years. But in her current job search, she said that hasn't given her any clear advantage.

“With all the unemployment, you just don’t know [if you’re getting through],” Blackstone said. “You never hear back from anyone, so you never know if they’re considering you or if they’re even truly hiring.

It was in person, and it was indeed an adventure — in pandemic etiquette. To wear a mask or not wear a mask? To shake hands or not shake hands?

"It was very odd," she said. "It’s just a different country right now."

“There are too many Americans looking for a job," she added. "There’s probably 500 applications going into that job, and now they can get you, they think, a little cheaper, I would assume.”

Meanwhile, Guas said she has seen the market evolving over the course of her furlough.

“I would say over the last two weeks, there are a lot more opportunities on the market now, which has been nice to see,” she said. "But it has been frustrating. There are so many qualified candidates out on the market — even on positions I'm a pretty close fit for, right in line with the work I've been doing, it's difficult to get past that first step of submitting the application. There's a lot of rejection upfront versus a month or two ago, getting that interview, or getting further in the process."

Like Guas, Blackstone has also been putting in time on LinkedIn, but in her niche, she is not feeling the same optimism.

“One of my brokers lives and works in Houston, and he said no one’s even networking right now," she said. "So I think the jobs might not even be out there."

Hopefully, it won't matter and Blackstone's search will be just due diligence.

"You know, with an open-ended invitation, you’ve got to see about other sources," she said. "You've got to get up and do something. But like I said, the good interviews were few and far between."