Can’t Touch This: What You Need To Know About Antimicrobial And 'Self-Cleaning' Surfaces 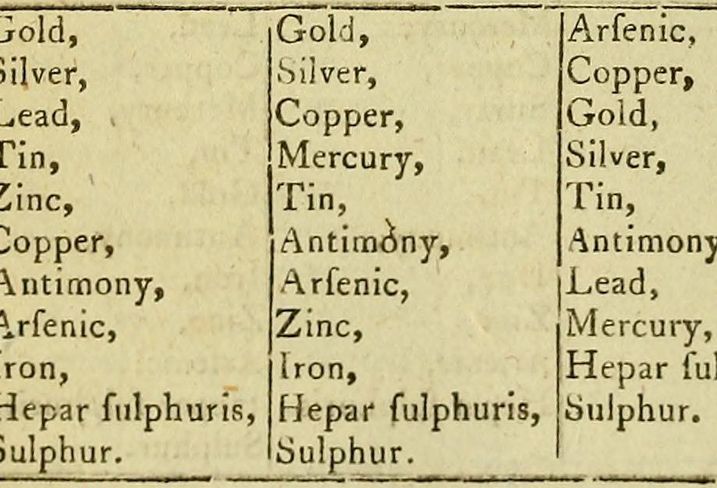 Flickr
From "The Edinburgh New Dispensatory," containing the elements of pharmaceutical chemistry, The Materia Medica, or, an account of the different substances employed in medicine.

On June 2, NPR All Things Considered anchor Mary Louise Kelly stepped into the elevator in her hotel in Atlanta to see, next to the perfectly normal-looking metal elevator buttons, a skinny white sticker with printed text indicating that these were not just any elevator buttons. These were "Self-Cleaning Buttons."

“Our hotel elevator in Atlanta informs the buttons are now self-cleaning. [Journalist Fatma Tanis] and I are skeptical,” she posted to Twitter. A cacophony of responses echoed her skepticism: “Look like the same old buttons to me,” one commenter responded.

They did indeed look exactly like normal, old elevator buttons. How effective could "self-cleaning buttons" possibly be, and what could be the benefit of alerting the elevator passenger that they even exist?

A study in 2010 revealed that the quantity of bacteria present on an elevator button was almost 40 times higher than on a public toilet seat, and leading elevator companies have been exploring solutions — including fancy buttons — for more than a decade. These days, the options go far beyond buttons made out of potentially more germ-proof materials — from call buttons you activate with your feet, to holograms of button pads, to call technology you tap into via a mobile app before you even reach the elevator bank. The buttons Kelly tweeted about are not particularly cutting-edge.

In fact, as far as coronavirus mitigation solutions go, they are downright ancient.

In 2200 B.C., Egyptians were using copper, one antimicrobial metal, to sterilize drinking water. After battle, Babylonian soldiers sharpened their bronze swords (an alloy of copper and tin) and rubbed the shavings in their wounds to speed up healing. In ancient Rome, copper treated headaches and ear infections. During cholera outbreaks in the 1830s, Parisian copper workers seemed to be less susceptible to falling ill. For centuries, copper has been used to sheathe ship hulls and make wine. Likewise, silver was “perhaps the most important antimicrobial compound before the introduction of antibiotics.”

Then and now, antimicrobial metals do kill or slow the spread of microorganisms including bacteria, viruses, mold and mildew, and for these benefits, they have been used in the healthcare industry for decades. So it should be no surprise that, in the middle of the coronavirus pandemic, such metals for fixtures, surface coatings, and tools like the "KeyPal," which one property manager recently told Bisnow they had purchased for every employee of every tenant in their seven-story San Francisco office building, have seen growing market interest while making their way onto office re-entry lists left and right.

“Nanocoatings are anti-microbial, antiviral and antifungal. They reduce surface contamination and are self-cleaning. These coatings can be applied by spraying or dipping and adhere to most surfaces,” Ware Malcomb Workplace Strategy Director Cynthia Milota said in the company’s list of office re-entry recommendations. In the office of the future, she said, workers should expect to see “nanoSeptic door handles and door push skins [and] everything from desk and counter mats to mouse pads and tissue box covers.”

The thing that is not mentioned so widely is that, while antimicrobial metals may actually kill microbes, it can take hours for them to do that work.

A 2010 study in Applied and Environmental Microbiology found that copper could eliminate certain strains of e.coli in just a matter of minutes. But to achieve a 99.99% reduction in H1N1 on a copper surface, it took six hours. Killing the spores of black mold by the sheer power of metal ions alone took more than 576 hours. Recently, an Australian metal 3D-printing company that pivoted to making antimicrobial surfaces determined it took approximately two hours for a copper surface to eliminate 96% of the coronavirus present.

"Cross-contamination happens when someone touches a previously touched surface, picking up pathogens that are then transferred somewhere else," she wrote. "Typically, there is not enough time between touches for copper to kill a significant portion of bacteria on that surface. So the potential to spread bacteria is very real. If someone assumes they do not have to clean a copper surface, can you imagine what would happen over time?"

Fast-forward to a study this month in the Journal of Occupational and Environmental Medicine: After a 127-day investigation of the antimicrobial properties of silver and copper as hardware or surface coatings at 32 high-touch areas (doorknobs, buttons, railings, etc.) in a busy clinic, unexpectedly the researchers found that silver antimicrobial surfaces were associated with higher microbial burdens compared with the existing pre-intervention hardware.

The researchers speculated this counterintuitive finding was a result of "subtle behavioral factors like increased use of the new hardware and perhaps less stringent cleaning" of the new fixtures — in other words, a false sense of security. Regardless, the study concluded, there was no substantial decrease in the presence of microbes thanks to silver.

Where antimicrobial metals do work, they can take minutes or hours, which doesn't do much in a situation where the surfaces are being constantly touched by different people. Despite the appeal of a passive solution to keeping people safe, the most recent study concluded that antimicrobial metals alone are far from adequate in fighting the coronavirus.

"There is no substitute for rigorous and standardized active cleaning protocols," the authors wrote. "I.e., old fashioned ‘elbow grease.'”