It is difficult to pinpoint when the term PropTech, which stands for property technology, rose to prominence in U.S. commercial real estate.

With the increased use of the term, the challenge is determining what it actually means. Is it synonymous with CRE Tech, which refers to all tech solutions in the entire CRE landscape? Or does PropTech refer to technology that supports real properties — both residential and commercial?

Bisnow reached out to major players in the commercial property tech space to get the scoop. 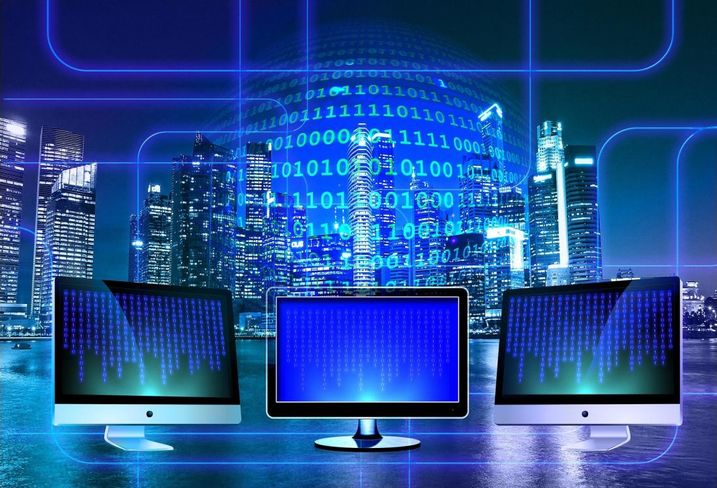 “I’m a little biased because my site is CRE.Tech, so I don’t use PropTech. I feel like it’s a term more common in Europe. Everyone I know in my community uses CRE Tech because PropTech, I don’t know that people really understand what that means. It is kind of confusing — does it refer to residential or commercial real estate, or both? Is it only properties? Whereas with CRE Tech you’re talking about finance tech, appraisals, data, etc. … In Europe PropTech is the word they use commonly, whereas here we use CRE tech more frequently. I think [CRE Tech] is more universal, more on brand and more all-encompassing. CRE Tech is the entire ecosystem, whereas PropTech refers to one subset of the ecosystem — I think it is more property-specific.”

“We’ve observed PropTech being used synonymously with CRE Tech over the past few years and with increasing frequency over the past 12 months, particularly in the EU markets. The general assumption is that the term relates to any technology supporting real property (residential and/or commercial). This seems quite broad and we’re not surprised to hear that people are finding it confusing. In our opinion, commercial real estate and residential real estate have many differences, are worked on by different people, with different challenges, and require different solutions.”

“The makings of PropTech began in the mid-1980s, marked by the founding of companies that provided software for the commercial real estate industry. Autodesk and NCREIF in 1982, Yardi in 1984 and CoStar in 1987. However, PropTech didn’t really spring to life in a big way until the mid-2000s, when cloud computing, broadband connectivity and mobile devices enabled residential PropTech giants RightMove, Trulia and Zillow to launch and show investors the value of disrupting real estate through technology. Since the mid-2000s, more and more PropTech startups have been bringing new technologies to market that address a wide variety of inefficiencies, scoring more attention and capital from technology VCs and growth funds, which legitimizes the real estate technology movement.

To be honest, I try to not organize my understanding of real estate technologies around buzzwords, since many incumbent and insurgent companies have/bring crossover services that fit many of the loose definitions of popular jargon.”

“In thinking about PropTech today, I’m more interested in talking about it functionally than theoretically. You search Google, you’ll find 10 definitions of PropTech — half focus on the nature of the solutions, but use different words, and half just define the industry as being a collection of companies. For me, functionally there are really two big segments that investors are behind currently. There’s a slice that’s devoted to virtual reality applications. We’re leading the other, larger segment that has a pressing need for solutions today — the transactional, deal-flow side.

The idea of PropTech, for me, is about transforming the commercial real estate industry without disrupting it — integrating cutting-edge technology with big data and predictive analytics that align exactly with what professionals actually do in a way that is much more intuitive, insightful and easy-to-use. No one needs to master a whole new set of processes for accomplishing key goals — the platform will let them do the jobs they’re doing better, on a tremendous scale.

Let me give an example, because any PropTech solution is only relevant to the extent that it addresses the critical pain points faced by real-world industry professionals. Commercial landlords constantly have to track at least two streams of data: first, information about all of the tenants currently residing in all of the landlord’s units across however many buildings; and second, the financial value of a portfolio of owned real estate assets. A great PropTech use case is uniting those workflows, especially since they ultimately need to be anyway. The value of the building depends somewhat on the characteristics of the tenancy, as well as what the leasing pipeline looks like. A smart, easy, intuitive and centralized dashboard that lays out all the data and also makes those vital connections and offers some predictions, assuming it’s built well, is a huge advantage for a commercial landlord.”

“In mid-2016, real estate technology surged from being primarily U.S.-based to clearly a global trend. As the global nexus of real estate and technology, MetaProp NYC saw this growth early and led the semantic switch from RETech to PropTech at that time. The term was already used periodically in Europe, but not widely in the United States. Having originally branded RETech as the common term for the entire real estate value chain (anointing 21st Street in Manhattan's Flatiron ‘RETech Row’ for the cluster of real estate technology firms, including MetaProp, located there), we decided to recognize the term property that prevails outside the U.S. by re-branding the worldwide movement as PropTech. In fact, we now refer to our street as PropTech Place!”

• Technological solutions — websites, apps, devices, physical materials or any combination of these elements. Not just services, consultancies or brokers (although they might be customers for PropTech startups) and not the actual property development.

• Solve problems — It’s shocking how many startups do things because it is possible or cool without thinking through who actually cares enough to pay for what they've built.

• For — As in, specifically for. The real estate industry buys laptops (and phones, toilet paper, etc.) just like every other sector, but just because they are one of your customers, does not make you 'PropTech.'

There's some debate about the last point. Some people carve out ConstructionTech as a separate sector targeting the pain points of architects, engineers, construction firms and subcontractors, but I see enough overlap where startups service both those groups and others within the real estate industry that it makes more sense to me to view ConstructionTech as a sub-sector within PropTech.”

“Much like the term fintech captures the new wave of finance companies that utilize technology to power their business, PropTech captures the intersection of real estate and technology. This encompasses a range of businesses that are as diverse as the real estate industry itself, from leasing and property management to co-working to investing — anywhere that technology is innovating how property is occupied, managed and transacted … While the term has been used within the industry for years, it really exploded in popularity over the last year. Empirical data backs this up. Looking at Google search data as a proxy, it really started taking hold about a year ago and peaked just last month in October 2017.”

CORRECTION, NOV. 17, 12:12 P.M. ET: A previous version of this story incorrectly listed the name of Ten-X’s Nathan Dever. The story has been updated.