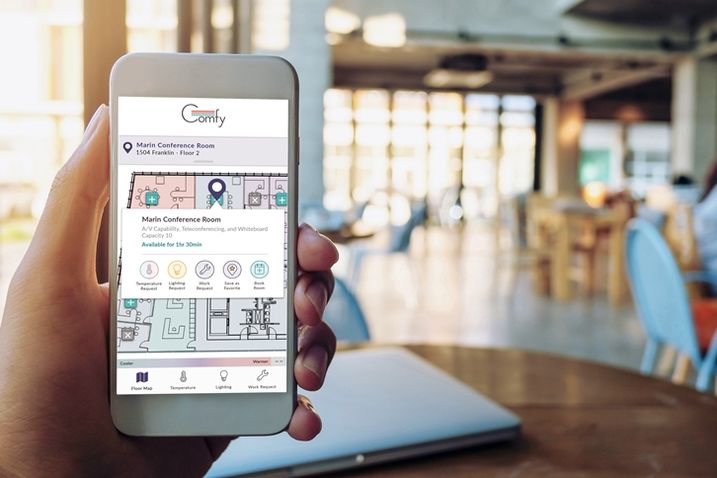 The deal is the third recent acquisition of smart building tech startups by the German tech conglomerate Siemens AG, Forbes reports. Last month, the company bought Enlightened Inc. and J2 Innovations, both of whose products are also focused on smart, Internet of Things-enabled building systems.

Enlightened's platform is formed by smart sensors that stream data to the cloud. According to the Silicon Valley company, its platform facilitates reduced energy use and improves commercial space usage.

Los Angeles-based J2 is a software framework provider for building automation and IoT, whose platform is known as FIN (Fluid INtegration). FIN operates, monitors and controls equipment and automation systems in buildings and is deployable in embedded systems, servers and the cloud.

That is because Comfy offers a consumer-like experience to commercial buildings that simplifies the interaction with buildings, according to Siemens Building Technologies CEO Matthias Rebellius. That increases employee productivity and engagement, he said.

In any case, the move by Siemens to ramp up its presence in building tech, especially IoT, comes as buildings become increasingly smarter. One of the focuses of IoT is to enable office space users to communicate tastes and preferences through connected devices so that a building adjusts accordingly. Hotels and other commercial buildings will lead the pack in its adoption.

Landlords are on board with the trend. Improved building automation would allow facility managers to monitor, measure and control equipment and indoor environments. As inefficiencies are uncovered and necessary repairs completed in a timely manner, landlords would save both money and time.