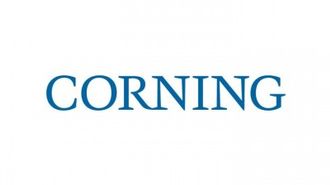 More than a billion devices across the globe are powered by LTE, the modern standard for wireless broadband communications for mobile devices, and that number is expected to rise to 4.6 billion by 2022. LTE offers numerous advantages over traditional networks, from wide bandwidth to enhanced security, but it has only ever been controlled by mobile operators — until now. A new decision from the Federal Communications Commission could let enterprises and property owners construct private LTE networks inside their buildings.

Until recently, the broadcasting band spectrum was controlled largely by service providers, and private enterprises had to pay to use it. But in 2018, the FCC opened up a band of spectrum known as the Citizens Broadband Radio Services spectrum, or CBRS, to enterprises. The 150 MHz band of spectrum was previously used by the U.S. government and is now open for companies looking to build private wireless networks.

“This newly available spectrum opens the door for enterprises to streamline how they communicate with their staff,” said Art King, IBN Technologies, Corning Optical Communications.

King said larger enterprises may be hesitant to give their employees smartphones because the networks they have in place lack the bandwidth to support both personal and company-provided devices. Private LTE solves that problem.

“Take something like Hudson Yards in New York, which is basically its own small city,” King said. “Hudson Yards property managers need to communicate with thousands of employees every day. By setting up a private LTE network, they have the bandwidth they need to give their staff smartphones and have a faster way to stay connected that’s cheaper than traditional cell service and more secure than walkie-talkies.”

King gave an example of a maintenance worker noticing an issue with a building’s HVAC system. In the past, that worker would use a walkie-talkie to contact the person responsible for repairs, who would then have to come up and assess the issue before going back to get the right tools to fix it.

“If that maintenance worker had a company-provided smartphone, they could take pictures of the problem to send to the repair person on a secure, private network, who could then show up at the site fully equipped with the tools and parts to get the job done on the first visit,” King said.

But private LTE is not just about communicating more efficiently. King said a significant amount of encryption is built into the design of LTE infrastructure to protect cell transmissions, making it significantly more secure than WiFi.

While keeping communications secure is a concern shared by all enterprises, it is especially important for hospitals, which store sensitive patient information electronically.

“Many hospitals are in deep trouble with their WiFi networks,” King said. “They have patients streaming video from their beds, doctors and nurses looking up things on the internet and even visitors eating up their bandwidth and opening them up to hackers. If they had a private LTE network, they could move all patient records and care notes over to that more secure network and not have to compete for bandwidth with WiFi users.”

King said while mobile devices have made a major positive impact on people’s lives, bandwidth and security limitations have made it difficult to fully integrate these devices into the business world. He believes that private LTE is the key to overcoming these limitations.

Providers like Corning are working hard to encourage enterprises to embrace this newly available option. The company has CBRS infrastructure, the tools to install it and a wide network of providers to help businesses make a smooth transition to a private LTE network.

“It’s time to get rid of older, expensive communication tools and bring in cellular devices whenever possible,” King said. “Corning has everything enterprises need to make this switch. All people need to do is bring their smartphones.”

This feature was produced in collaboration between Bisnow Branded Content and Corning Optical Communications. Bisnow news staff was not involved in the production of this content.