No Longer A Test: More Companies Are Now Using Blockchain For CRE Investment

For Stephane De Baets, placing a percentage of the St. Regis Aspen luxury resort on the blockchain is an experimental gamble into the future.

“We wanted to be one of the first to go through the motions because you learn so much,” De Baets said. “We see [blockchain] as an opportunity if you do it right.”

It is always risky to walk out on the bleeding edge of a new trend — and blockchain-fueled investments are one of the hottest trends to hit the commercial real estate market in a long time. 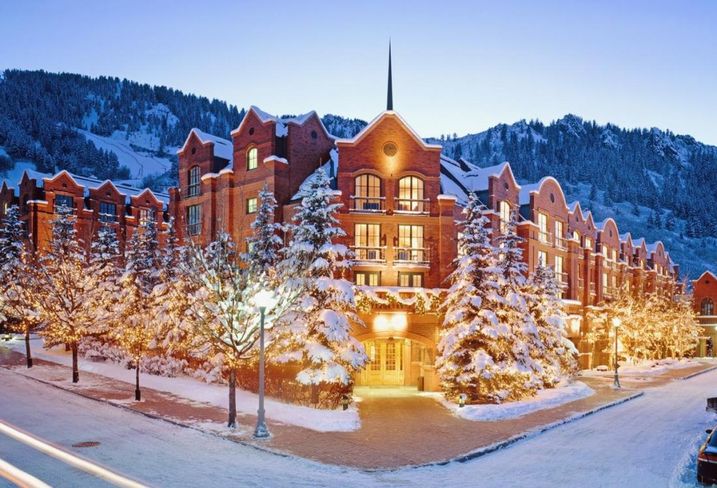 If the tokenization of real estate through the blockchain — dividing a property into shares that are represented by virtual tokens for the value of that share of the property — takes off as expected, it could completely disrupt the commercial real estate industry by opening it up to more potential investors. Tokenization takes what is mostly a manual, paper-based process and digitizes it. Minimum costs to get into a property would drop by allowing for fractional ownership. In addition, the instantaneous sale and trading of those ownership shares could happen without having to wait on the sale of the property, setting this democratization of real estate investment apart from typical crowdfunding models.

“Private investments are illiquid today because there are complex rules and regulations governing the resale of private securities, and violations can result in severe penalties,” Harbor Director of Communications Kevin Young said.

Harbor, a compliance platform for tokenizing private securities, unlocks the potential for liquidity through its blockchain-based investment tool, which is designed to keep investors in compliance, Young said.

“This allows fund managers to relax the transfer restrictions and let qualified investors trade in and out of the investment without a middleman,” he said. “This potential liquidity can unlock value for both the asset owner and the investors.”

The plan looks good on paper. But how will this all play out? For De Baets and a handful of others, only time will tell, but they are willing to take the risks for the technology’s promised return. 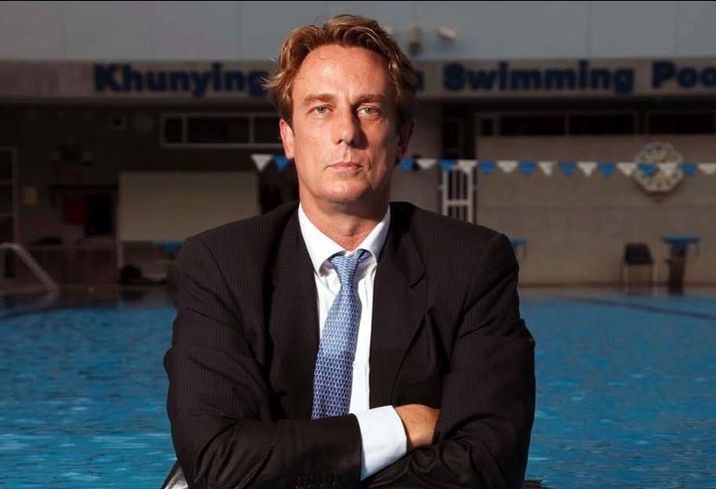 De Baets’ company recently closed $18M of Aspen Digital Inc., a tokenized real estate asset offering tied to The St. Regis Aspen, a 179-room luxury hotel in Colorado. The $18M represented 18% of the property’s valuation. It was the maximum amount that the limited partners wanted to sell, just high enough to whet the investors’ appetites and low enough to minimize the risk, De Baets said.

“If you go Google the word ‘real estate tokenization’ you will probably find 100 or 200 companies and that is their business plan and [they’re] trying to raise money,” De Baets said. “But no one had truly gone through the exercise of taking a real life product, going through the motions — what does it mean from a structural and regulatory perspective to tokenize an asset — and then go ahead and offer it to people.”

Meridio, a Brooklyn, New York-based company, recently experimented with a property at 304 Troutman St. in the Bushwick neighborhood of Brooklyn in a different way. Meridio is familiarizing its current investors with this technology, starting by giving all eight owners of the property cryptocurrency tokens to represent their shares. Those tokens can be traded with other approved investors. The tokens are guarded by a crypto-protected database. In theory, the crypto protections will make the blockchain difficult to hack.

Meridio, which creates, manages and transfers fractional ownership of real estate assets, was one of the first to sell shares of a property using blockchain technology to facilitate the deal.

One of the benefits of this system is that it may allow real estate assets to trade at rates closer to the real price, Meridio analyst Connor O’Day said. In the current market, the small pool of investors and the fact that the asset will remain frozen for years puts a damper on share prices.

“Fractional ownership can unlock a lot of value,” O’Day said. “We can’t promise it because it’s still an experiment, but typically from what we’ve seen from our research, the ability to trade the assets and get in and out of them should bring about a value much closer to the actual asset value.” 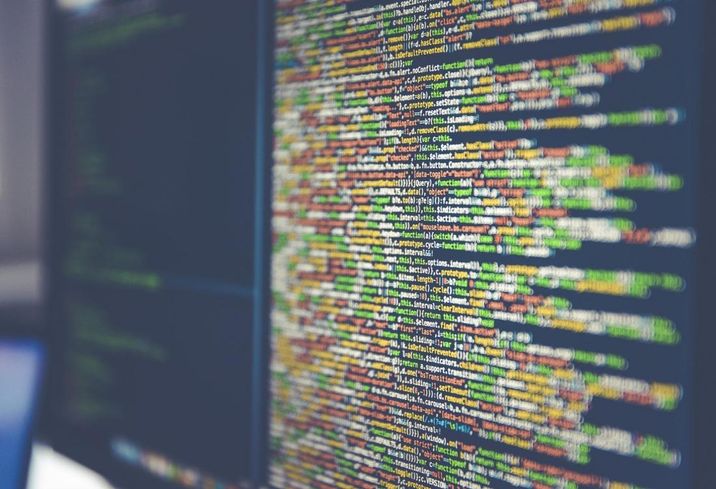 Writing In The Rules

Real estate transaction regulations are thick and this technology attempts to make them easier, while still working within the set system.

“All of the rules get written into the blockchain, then you can do it like a REIT or say, ‘Here’s an investment contract, you’re going to get money,’” Indeco CEO David Levine said. “It’s a way to create an almost infinitely flexible range of securities that can match the individual property type and what investors are looking for.”

Indeco is a platform for security token issuers and investors.

Levine said the securitized tokens will have value in the secondary market as determined by how the project performs. So the trade value of the token will go up if the project is delivering the projected cash flow. 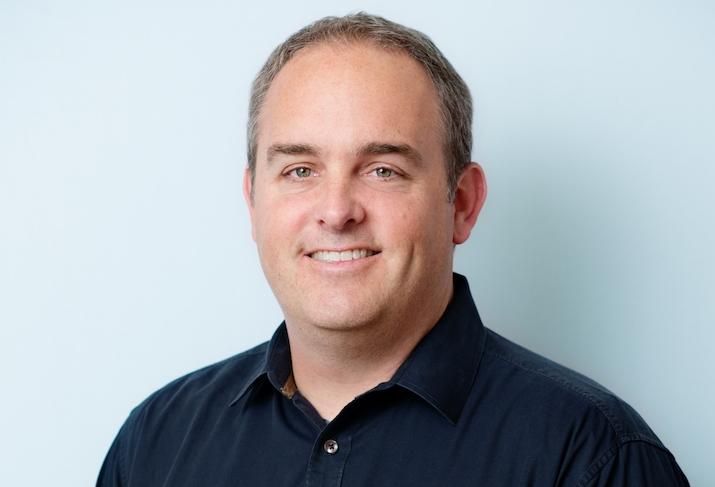 But there are concerns — some driven by whether negative perceptions will slow adoption of trading property using blockchain and others about inherent challenges in the use of the technology itself.

Many older investors are wary of cryptocurrencies, such as bitcoin. Cryptocurrencies are the most well-known use of blockchain technology, but have been extremely volatile.

StraightUp co-founder and Chief Operating Officer Omer Amsel said educating investors to differentiate between the blockchain world and the cryptocurrency world is key to making the new technology acceptable.

“Traditional investors when they hear blockchain they hear a mixture of bitcoin, etc.,” Amsel said. “They find it hard to settle between the two worlds and it bothers them. Blockchain is a technology — it doesn’t have inherent volatility and inherent flaws that cause it to be fraudulent.”

That separation of the underlying technology and how it is used means it is unlikely the volatility of cryptocurrencies will have an effect on real estate investment.

“I doubt it will have much impact on the commercial real estate blockchain trend,” Benjamin N. Cardoza School of Law professor Aaron Wright said. “The real estate use cases of blockchains are applications that sit on top of popular blockchains.”

Harbor’s Young acknowledges most investors are older and have less faith in newer technology when it comes to their money. To assuage fears, he uses this analogy: “Think of bitcoin as an application and blockchain is the internet.”

This emerging investment platform is just a new method, he said. It is like background noise.

“Investors won’t even know that blockchain is involved,” Young said.

The technology is not completely fraud-free. Wright is concerned about other risks that could come up with the use of blockchain.

While blockchain technology may help prevent fraud, if fraudulent activity does make it into the system there are no safeguards in place to stop it. That threat could bog down trust in this new system, he said.

Still, Young assures potential investors that tokenized securities are safe because of the underlying value of the building that the investors own shares in.

“If someone hacks into your shares of your building, you still have all the assets of that building,” he said.

Unlike other forms of currency on the blockchain, real estate investments can’t be wiped out because, in the end, the building will still exist.