The blockchain revolution in commercial real estate has hit Brooklyn.

A three-story apartment building at 304 Troutman St. in the Bushwick neighborhood will be the first building listed on Meridio, a new app that allows investors to trade small shares of a property using cryptocurrency-like tokens, the New York Times reports. 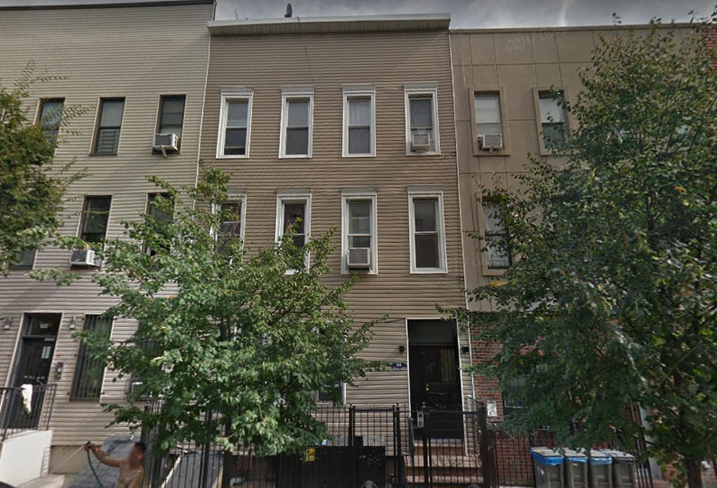 Google Maps
304 Troutman St. in the Bushwick neighborhood of Brooklyn

Bought by Cayuga Capital Management in 2005, the building now has eight owners, all of which will see their shares converted into tokens tradable on the Meridio app. Starting this summer, residents of the property will also be able to buy in using the app. Soon after, 304 Troutman and the other properties Meridio plans to list on its exchange will be available for purchase to "accredited investors," the Times reports.

For blockchain proponents, the technology is a potentially transformative way of enhancing the real estate transfer system, which is laden with restrictions such as the necessity of lawyers, paperwork delays and the relatively high risk of fraud. Blockchain's speed and security are its main selling points, but it is no panacea, as Benjamin Cardozo School of Law professor Aaron Wright told the Times.

For one, the decentralized nature of blockchain technology has few if any fail-safes if fraudulent information is entered into the system. Speeding up and fragmenting the transfer system in real estate opens up the market to the same type of volatility that blockchain-based cryptocurrencies like bitcoin have infamously experienced, which could have devastating effects on communities, Wright said.

The ability to trade small shares of properties could increase the ability of neighborhood residents to retain control of their buildings, Meridio's founders argued, but increasing the pool of possible investors also carries the risk of introducing enough interest to accelerate gentrification, as well as make it easier for the usage of real estate as a way for foreign elites to launder money out of their home countries, Cayuga founder Jamie Wiseman told the Times.

Many of blockchain's potential impacts remain theoretical, but 304 Troutman will be among the first buildings in the country to test the technology.