Inside Moody's Analytics' CRE Data Play, 1 Year After Its Launch

The commercial real estate data network Moody's Analytics launched one year ago has not grown its user base as quickly as the company had hoped, an executive leading the effort tells Bisnow, but experts say it still has the potential to take on industry leader CoStar. 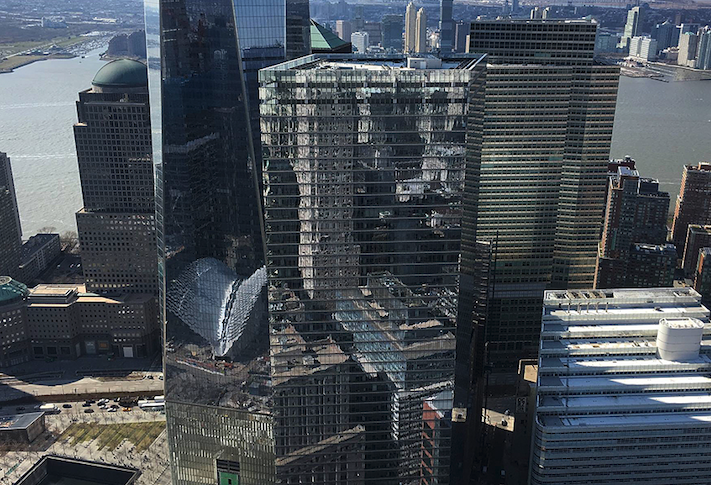 With the launch of the REIS Network, Moody's Analytics said in February 2019 its goal was to "become a leading source for data and analytics for commercial real estate transactions." CoStar CEO Andy Florance, whose firm has dominated that space for years, told Bisnow last year after the Moody's launch that he welcomes the competition.

Several industry experts, including partners on the REIS Network, told Bisnow that having the resources of $50B financial services giant Moody's Corp. gives it the ability to compete with CoStar, but that it has taken a gradual approach in its first year and does not currently pose a direct threat to Florance's D.C.-based data giant.

While Moody's has continued to add more partner companies, the user base hasn't matched their internal benchmarks, Moody's Analytics Accelerator Executive Director Keith Berry told Bisnow. He declined to share the number of users on the network.

"I would say [user growth has been] a little bit slower than we might have wanted, but gathering pace over the course of the year," Berry said. "As we move forward, you'll see more integration between our historic REIS data set and the network, and we expect that to perpetuate growth."

Compstak CEO Michael Mandel, whose firm was one of the original partners on the REIS Network, said the year-old initiative is still firmly in its early stages.

"It would be foolish to think you can take on a company like CoStar overnight," Mandel said. "For anybody who's trying to be a leader in real estate data and tech, it takes time to do it right. It's a recipe for disaster to try to take on too much, too early. The great thing about Moody's is they have a lot of resources and if they see this is working, they can throw resources [at it] to expedite the process." 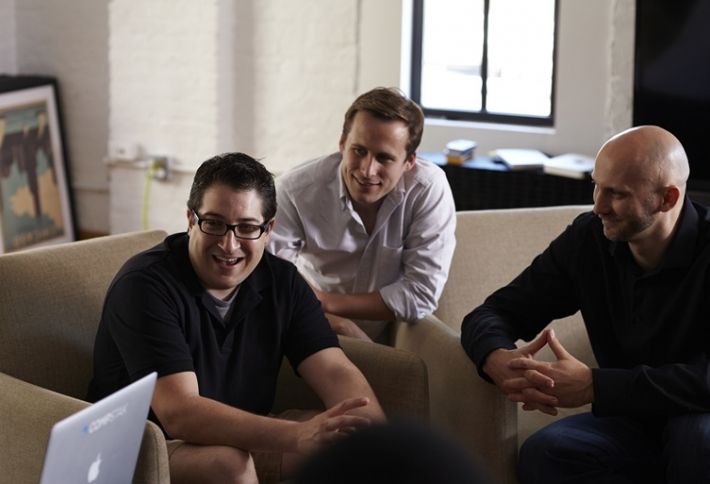 The network launched with two partners: Compstak, which provides leasing and sales comparatives for commercial properties, and Rockport VAL, a platform for modeling property valuation and cash flow. Moody's previously invested in both companies.

Moody's then announced two more partners in August: Catylist, a commercial property listing platform in over 50 markets, and Infabode, which distributes research and insights on the real estate industry.

The REIS Network serves as a dashboard through which users can search an address and see all of the available information on that property from the various data provider partners. Users initially only saw a preview of information from most of the providers and were required to subscribe to each company to see the full data set. But Berry said Moody's now has agreements in place allowing it to sell bundled subscriptions to all of the partner companies, giving users access to see all of the data on the network.

Catylist Chief Information Officer Allen Benson said he doesn't know the number of users on the REIS Network, but he has the sense that traffic has grown recently because more people are being fed from it to his company's platform.

"There are eyeballs that we weren't seeing before and now they can access that data a little easier," Benson said. "It takes time to train people to use it, to integrate it and to figure out what data is there and what data is not and continue the adoption of it." 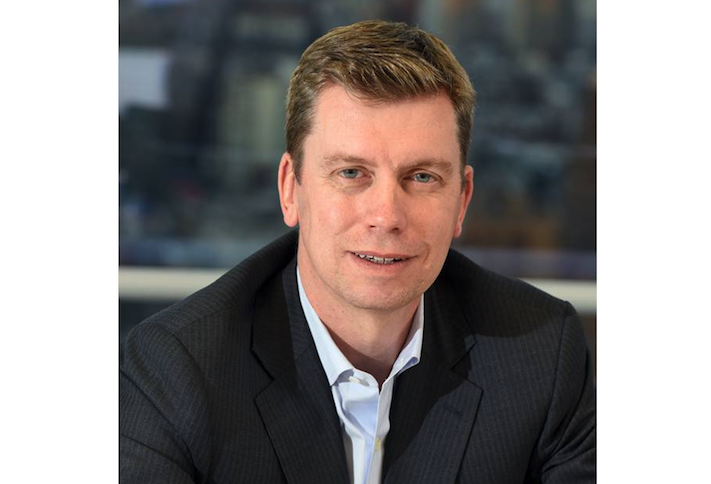 In addition to growing the REIS Network, Moody's recent activity in the commercial real estate data space has also included an effort to revamp the original REIS product. Berry said it has met with customers since acquiring REIS in 2018 and is now preparing to launch an updated product.

"One of the areas we felt we could improve was bringing their technology platform up to the latest and greatest," Berry said. "We thoroughly revised and revamped the product based on a lot of customer feedback, and that launches next week."

The financial services giant's entrance into commercial real estate data was seen by some industry watchers as a challenge to CoStar, the $25B D.C.-based company that has dominated the sector. The last deep-pocketed company to act as a direct competitor, Xceligent, filed for bankruptcy and ended operations in December 2017 after a lengthy legal battle with CoStar.

Moody's had invested in a new commercial real estate data startup from Xceligent founder Doug Curry, but it divested from the company in November after Xceligent's bankruptcy trustee reached a settlement in the copyright infringement suit with CoStar and implicated Curry in orchestrating a vast photo-stealing scheme. Curry has disputed the findings of the settlement.

Michael Beckerman, a 30-year industry veteran who hosts PropTech conferences and founded CRE content aggregator The News Funnel, said he sees multiple companies vying to provide a central technology platform for commercial real estate professionals that would be similar to the Bloomberg terminal's role in the financial industry.

"The race to be the Bloomberg of commercial real estate is on, and it is the biggest opportunity in the entire real estate tech industry," Beckerman said.

He said it is clear that CoStar is the dominant player in the space, but he thinks there is still an opportunity for a challenger to emerge and provide a single portal for commercial real estate data and information.

"For somebody to challenge the incumbent in the space, it's going to take a company like Moody's to do so with their resources," Beckerman said. "I would not bet against Moody's. They're too big and too successful in the financial services side to bet against them to succeed on the commercial real estate side."

Compstak's Mandel said Moody's strong customer service could give it a leg up on other players in the industry.

"I think people in the industry are looking for a data provider that can help them achieve their goals and treats them as a partner instead of an adversary," Mandel said. "Moody's has shown themselves to be friendly in the way they work with customers ... You want your customers to view you as their advocate and friend, that's long-term how you succeed. I don't think treating customers poorly is a good long-term strategy." 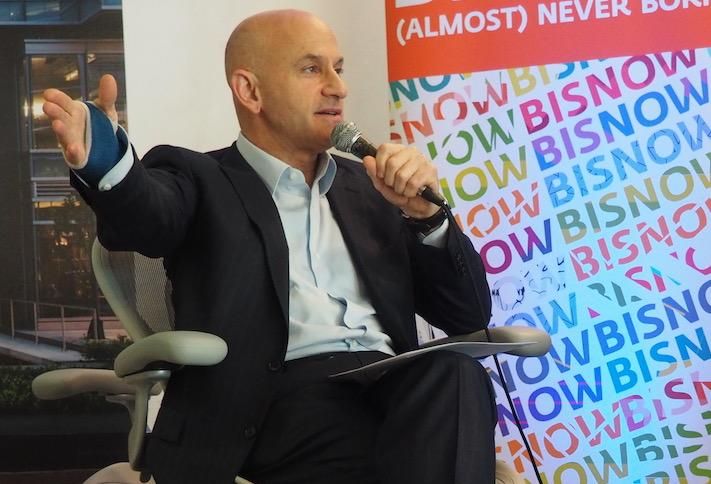 Schear added that he welcomed Moody's acquisition of REIS and subsequent efforts, because more competition around data would bring greater transparency and efficiency to the market.

But Berry pushed back against the notion that Moody's is trying to position itself as a competitor to CoStar.

"Our objective isn't to build a CoStar competitor, but to build a set of tools that customers we work with find useful and helpful," Berry said. "We're focused a lot more on some of the broader solutions we offer, taking data and analytics and putting them into customer workflows, rather than trying to beat CoStar."

Berry said many REIS Network users thus far have been in the banking and financial sector, looking at commercial real estate deals from the debt and equity side. He said this sector has traditionally been Moody's' "sweet spot," and it doesn't have as much penetration into the leasing and investment sales brokerage industry.

"It's fair to say CoStar is very embedded in the broker space, and it's not an area we're doing a huge amount in right now," Berry said.

LightBox, a company backed by venture capital firm Silver Lake Partners, has acquired several PropTech companies and is creating its own commercial real estate data platform. LightBox CEO Eric Frank said he doesn't see Moody's as a legitimate candidate to become a leader in the space.

"I'm sure people buy data from them to complement things they do, but I don't think they're in the mix to changing the industry," Frank said of Moody's.

Berry said the REIS Network curating data from a wide range of sources into a single platform is providing value to the real estate market. He said he sees an opportunity to provide a central portal for commercial real estate data and recognizes that others are pursuing similar goal.

"A number of us share the same hypothesis that commercial real estate is an asset class that has traditionally not had the level of data and analytics and tools as the financial market," Berry said. "I think that's changing."