From green roofs to renewable energy production, sustainability has become an integral part of development. Investors, tenants and cities are pushing developers for more environmentally friendly and energy efficient projects. Developers, such as Prologis, Boston Properties and Kilroy Realty, have responded with sustainable business practices and environmentally friendly buildings. 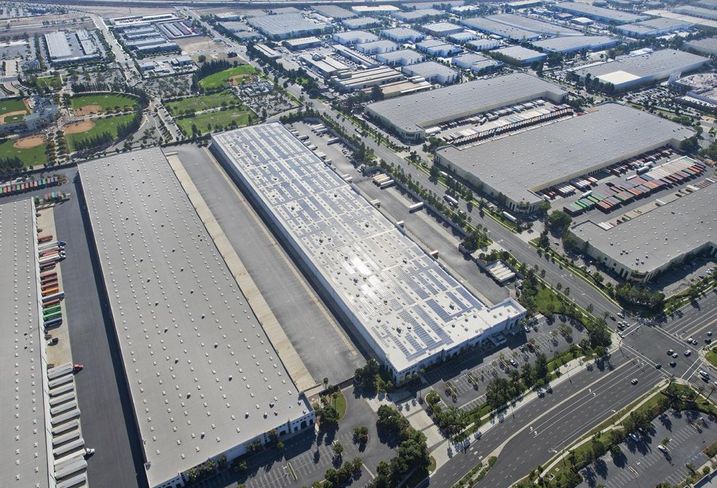 Given Prologis’ global footprint of over 3,000 buildings in 19 countries, the company felt it had a responsibility to offer greater sustainability, which has been a part of the corporate culture for the last 10 years. It also created an economic benefit for the company, according to Prologis Vice President of Sustainability Jeannie Renné-Malone.

“In terms of a competitive advantage, we see opportunities to improve and maintain high-quality assets that attract good customers and good employees,” Renné-Malone said.

She said customers often find LEED certified buildings to be more comfortable and better for employees than non-LEED certified spaces. 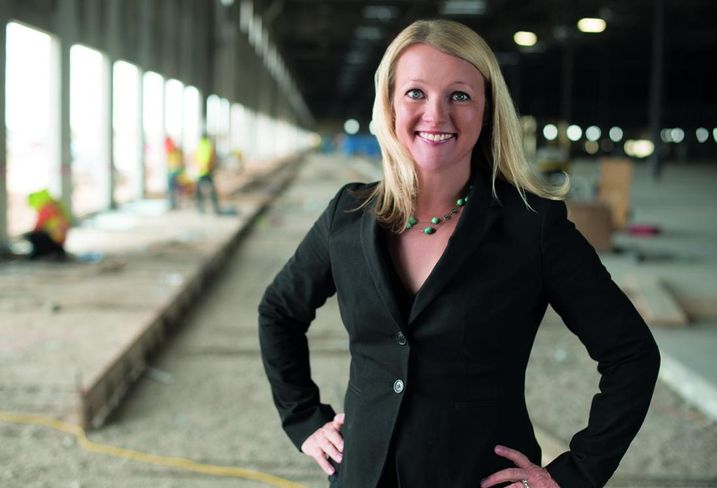 When Prologis began its sustainability efforts, it tracked its progress and created data that has allowed the company to set aggressive goals. Prologis’ investors ask a lot of questions about their programs, and Prologis continues to advance these programs to attract investors and more investment dollars. Boston Properties has had similar interest from its investors and shareholders, according to Boston Properties Vice President of Engineering Danny Murtagh, who spoke at a recent Bisnow event.

In California, Title 24, energy-efficiency standards set by the California Energy Commission, is helping set the direction of how buildings are constructed, according to Murtagh. He said these codes have helped drive the industry to be more efficient through better lighting controls, improved water consumption and better HVAC systems. To have a successful building in the Bay Area, you have to have the highest water efficiency, especially because the area is prone to drought, he said. 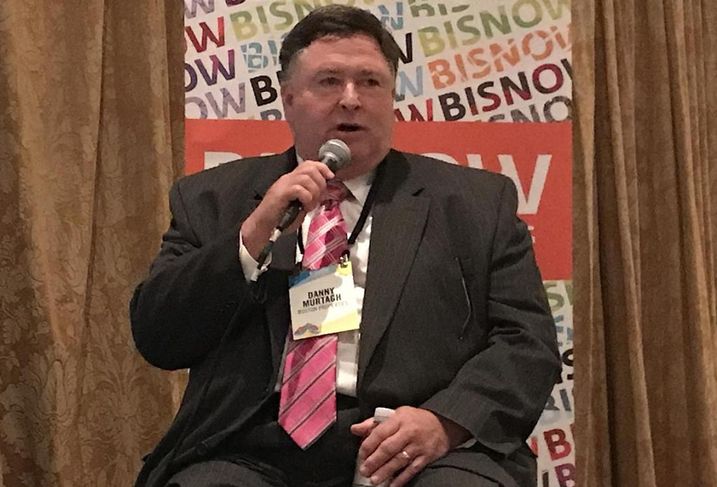 These two generations make up the bulk of the workforce, so landlords are becoming more adept in meeting these demands. Developers are also making sustainability a part of their overall business practices and have made significant strides toward reaching their goals.

Developers Are Meeting Their Sustainability Goals 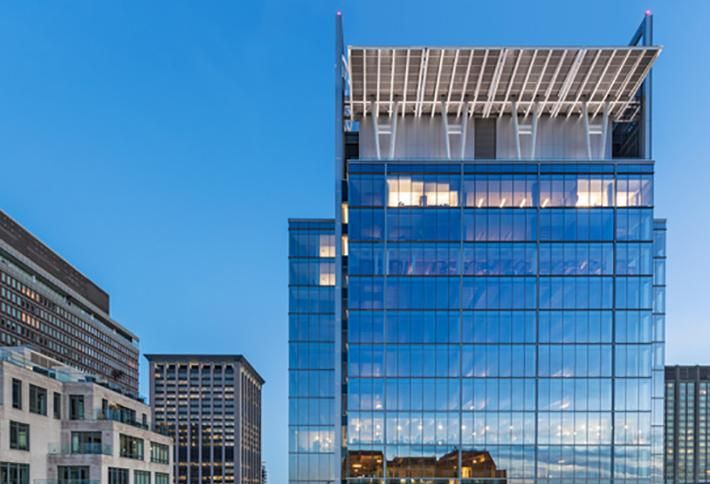 Boston Properties completed what is being called Boston’s most sustainable building in 2016. The 17-story mixed-use 425K SF building at 888 Boylston St. features a rainwater harvesting system, 14 vertical wind turbines and a highly efficient HVAC system. At Boston Properties’ Salesforce Tower, which pre-certified LEED Platinum, office users will be able to use apps to control the HVAC system and lighting in their spaces. The San Francisco tower is expected to be completed at the end of 2017.

Kilroy Realty reduced energy consumption in its office portfolio by 4.9% last year. Its goal was a 1.8% reduction, according to its latest sustainability report. Energy Star certification was achieved in 49 buildings, or about 69% of Kilroy’s office portfolio. It added 1.5M SF of LEED Platinum and Gold certified space in San Francisco, Redwood City and Hollywood. It also pursued WELL certification on two additional projects. 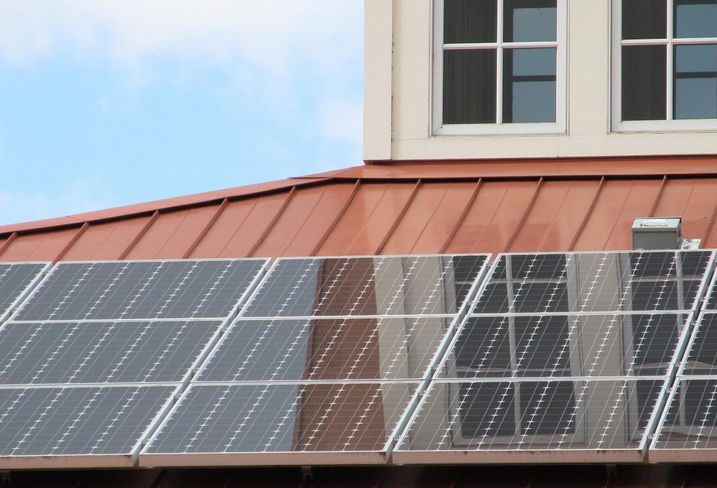 Prologis reached its corporate greenhouse emission reduction goals four years before its 2020 goal. It planned to reach a 20% reduction by 2020, but reached a reduction of 22% in 2016. This goal was met through closer examination and tracking of internal energy and gas usage, business travel, employee commutes and its maintenance vehicles.

Prologis also extended ISO 14001 certification from Europe to its North American properties in 2016. The developer plans to pursue certification for Japan this year. This certification is basically a third-party stamp of approval that certifies the company is following the sustainability practices it says it is doing. Prologis also increased solar installations by 18 megawatts to 165 megawatts in nine countries.

“We’ve addressed a lot of low-hanging fruit, but there is still so much more that can be achieved,” Renné-Malone said. 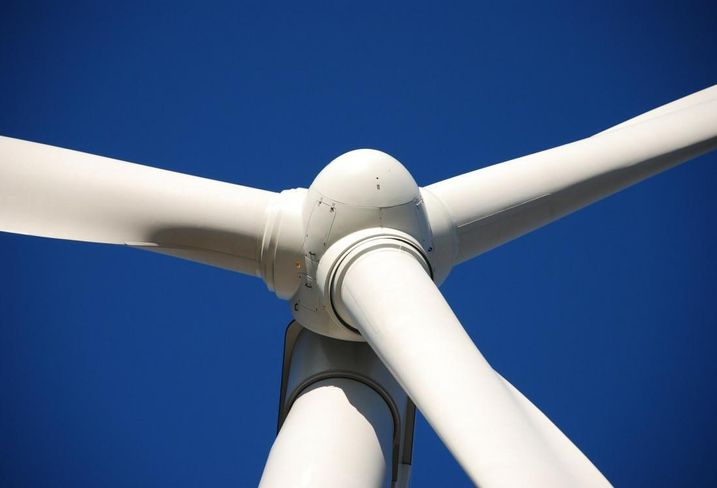 Developers will continue to partner with companies to increase renewable energy and energy efficiencies. In April, Kilroy Realty partnered with Advanced Microgrid Solutions to install Hybrid Electric Building Technologies at four properties in Long Beach, El Segundo and Irvine. This fleet will be part of a 200-megawatt-hour grid modernization project AMS is building for Southern California Edison.

The West Coast developer also partnered with Nautilus Solar Energy to develop solar projects at nine of Kilroy’s Class-A office buildings in California this year. Solar carports and rooftop applications will be applied to properties in San Diego, San Francisco, Menlo Park and Long Beach. After completion in early 2018, the developments will total 5.2 megawatt DC.

Boston Properties generated 1 million kWh in on-site renewable energy in 2016, and the company is considering or implementing renewable and alternative energy such as solar, vertical wind turbines and/or co-generation systems, at more than half of its new developments.

Prologis plans to implement its first battery storage project in 2017. Battery storage could be the next step in sustainability for industrial buildings. The developer also will capture more data to provide more value to customers. While Prologis designs and maintains buildings to be as efficient as possible, customers still pay their own utilities and are responsible for their energy usage.

While Prologis’ 2020 goals are within reach, Renné-Malone expects goals will have to change in 2020 to reflect the changing society, which could have more advanced technology, such as driverless cars, electric vehicles and more automation inside warehouses.