Net-Zero Plus Electrical Training Institute Is The Nation's Largest

Los Angeles' new Net-Zero Plus Electrical Training Institute is the nation's largest Net-Zero Plus retrofit building and a model for other electrical training centers. 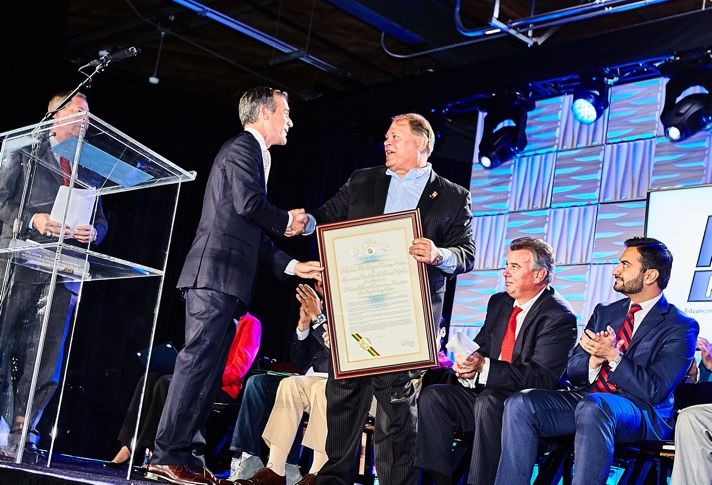 The facility dedication took place June 3, with a gathering of federal, state and local officials.

Pictured above is LA Mayor Eric Garcetti presenting a plaque to LA Chapter of the National Electrical Contractors Association chairman Jim Wilson at the dedication. Jim, institute director Brett Moss and Greater Los Angeles International Brotherhood of Electrical Workers (IBEW) Local 11 president Dick Reed were recognized for the work they did to make the retrofit a reality. 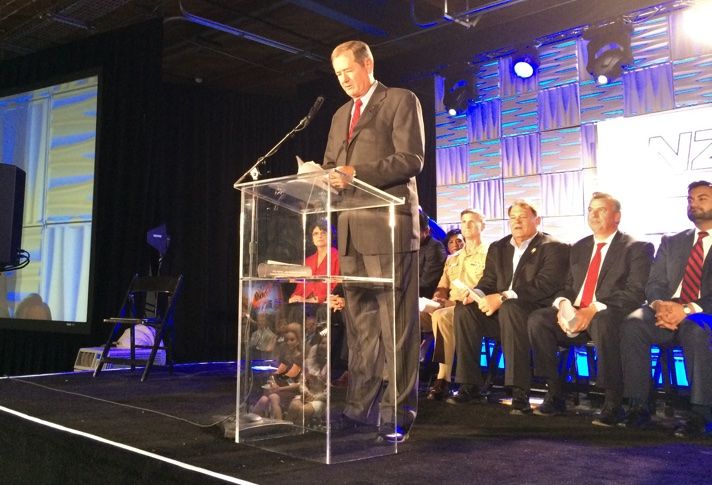 Jim kicked off the program, noting the new institute is a national showcase of innovation and training and a model for other electrical training facilities. The institute trains about 1,500 electrical professionals annually, he says. “This facility is ensuring the next generation of workers and contractors are trained for electrical changes on the horizon.”

Len (pictured) noted this facility is very different from the old one. “Between climate change, security, depletion of resources, population explosion and the environmental damage we have caused as the result of our behaviors over the last 100 years, the need to change becomes more relevant,” he said. 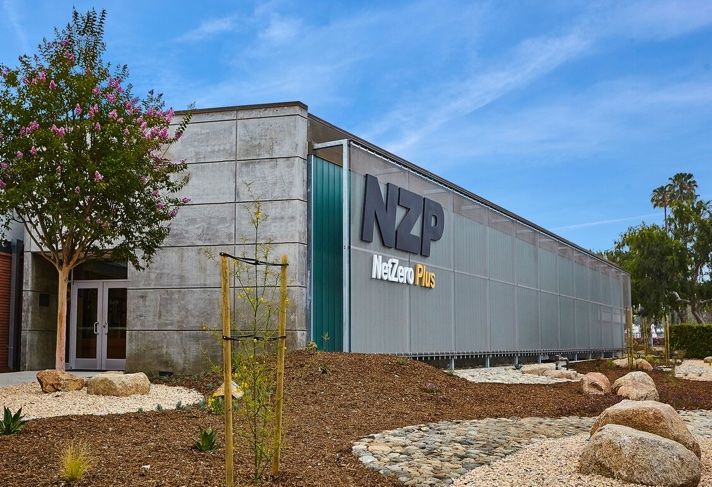 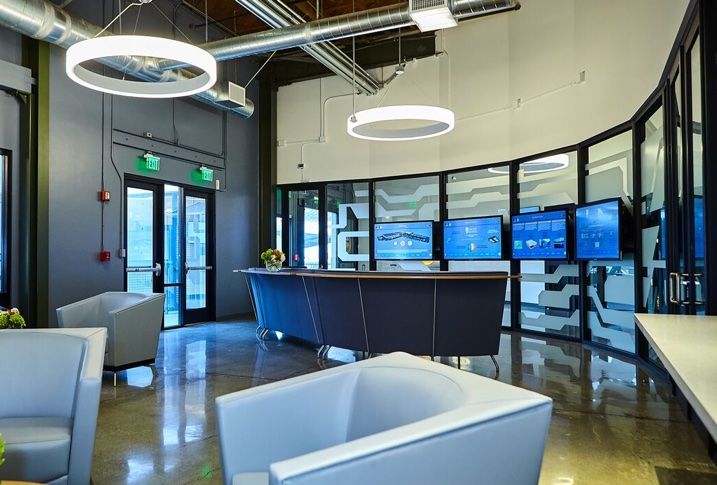 The state is requiring NZE retrofits for commercial buildings undergoing substantial renovations or tenant improvements and for repurposing projects, with a goal of 50% of existing buildings retrofitted by 2030. The facility will address the latest sustainable building technologies. IBEW Local 11 and LA/NECA have established a $300M Clean Energy Fund with ReNewAll, through its finance partner Tritec Americas, to finance new energy solution projects. 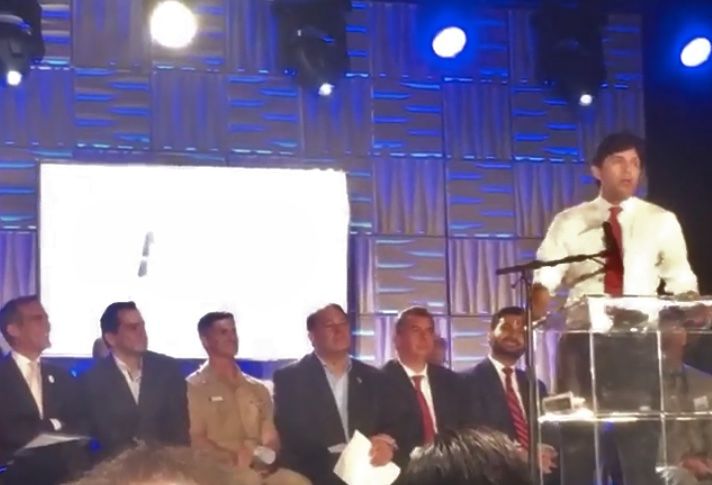 Sen. de Leon (pictured) said California is America’s leader in innovation and “is recalibrating the new economy of tomorrow as we reduce our carbon footprint and harmful greenhouse gases. This facility here today is a showcase for the rest of the nation and rest of the world.” 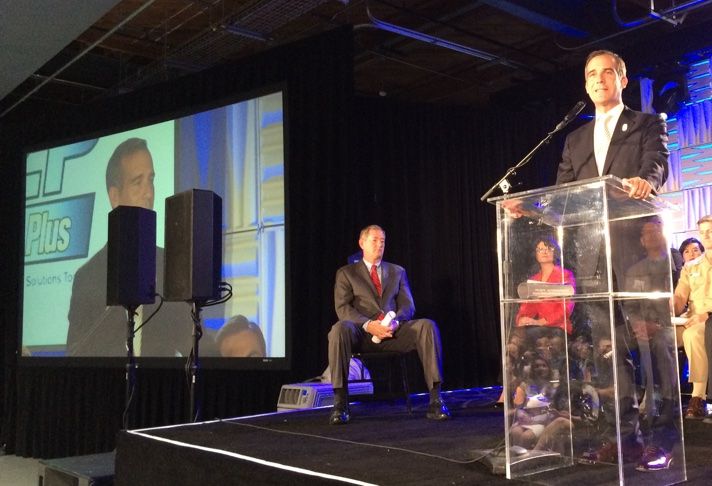 LA was the first city in the nation to develop a sustainable plan, said Mayor Garcetti (pictured). With the price point for alternative energy now comparable to dirtier energy production, the choice to destroy our environment or pay more is no longer an issue, he said. LA is No. 1 nationally for solar energy, Garcetti said, pointing out alternative energy not only saves money, it has created 10,000 new jobs.

California has led in addressing global climate change, said Anthony Rendon (pictured), a leader in enacting new state energy and environmental policies. LA and this facility are ground zero for green, which is bringing back well-paying, middle class jobs and transforming the economy, he said.

Noting ETI is the largest NZP retrofit in the nation, Lucille Roybal-Allard said, “This is no ordinary facility, it is a living lab of innovation in emerging energy technology and training. It is a wonderful example of what can be accomplished to not only train future generations of workers, but also set our community on the path of sustainability.” 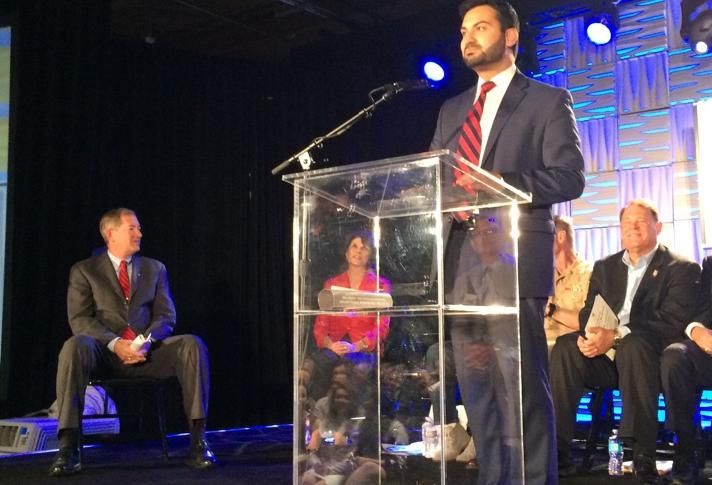 Ali Zaidi (pictured) said while increasing domestic energy production has reduced US dependence on foreign oil, "LA and the people in this room are showing the world the way to a clean energy future."

“Over the last eight years, energy costs have dropped and investment in clean energy is now $329B,” Zaidi said, noting the cost of solar photovoltaic and EV batteries has dropped 60%. “The question is: Will it be enough to prevent disaster? This facility bears witness to our ability to increase the pace.” 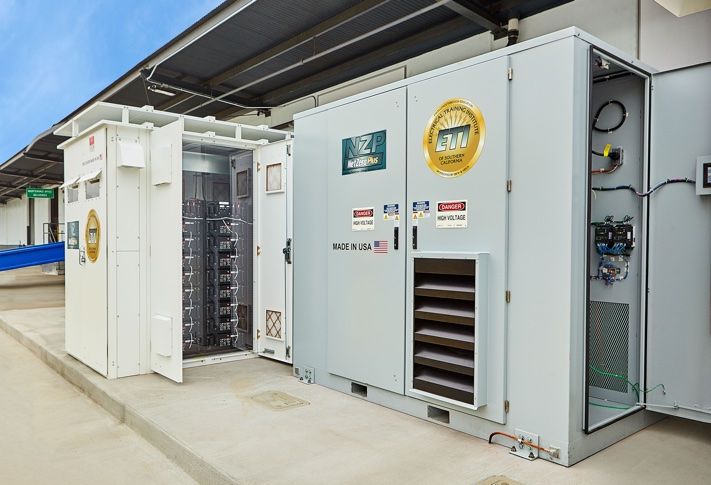 The building's renewable energy system is comprised of a 500 KWh photovoltaic array producing renewable energy that feeds into the on-site micro-grid, which has a 70 KW critical load capacity. The micro-grid is a state-of-the-art, custom system utilizing smart tech capable of supporting the entire facility’s energy needs.

The system’s battery energy storage component (pictured) is a model for energy independence, providing buildings the ability to store energy for emergency usage during power outages and natural disasters, as well as at peak hours. It also allows the owner to sell electricity back onto the grid. Brett Moss tells us the building is designed to adapt to new technologies as they emerge. 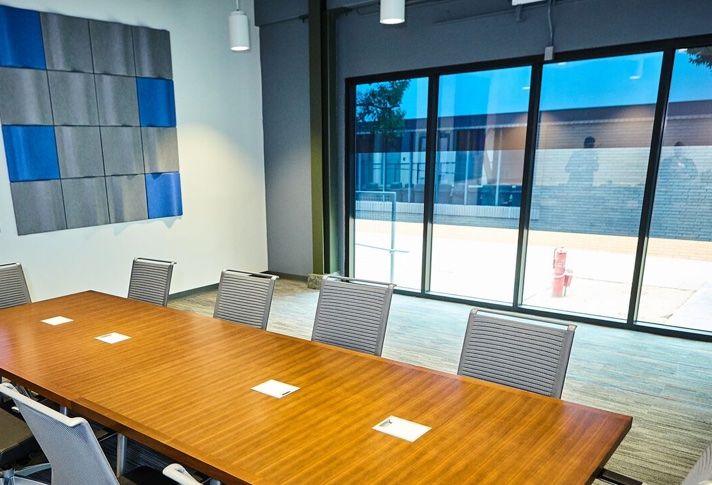 Among the building’s other strategies to reduce energy use is a tighter building envelope; all LED lighting; and sensors and building management systems programmed to adjust indoor comfort and air quality according to external conditions, including electrochromatic window panes (pictured) that can change glass shading from clear to total blackout. 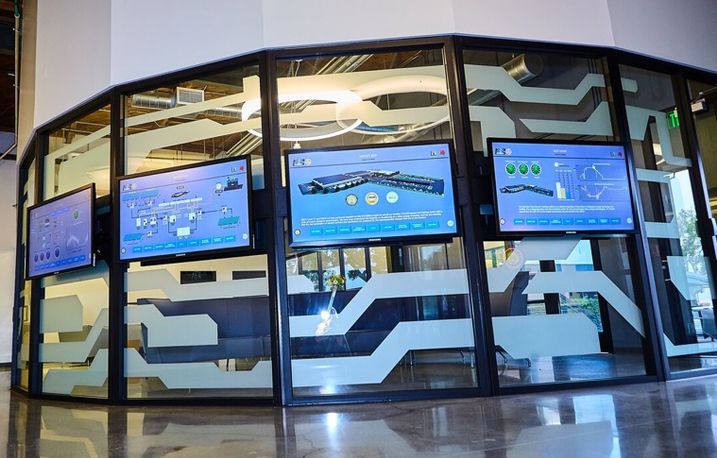 Brett notes the building is so smart it automatically adjusts  temperature and lighting according to outdoor conditions, anticipates high-energy demand periods and switches the building to energy stored in batteries.

An eight-screen dashboard (pictured) in the main lobby allows monitoring of all systems simultaneously in real time. It also performs energy audits and collects tons of data, he explains, including how much energy is being used; where it’s being used; how much energy is being sent to the utilities; and the building’s energy status. “We can replicate what we have here anywhere, typically scaling it up to any building size,” he said. 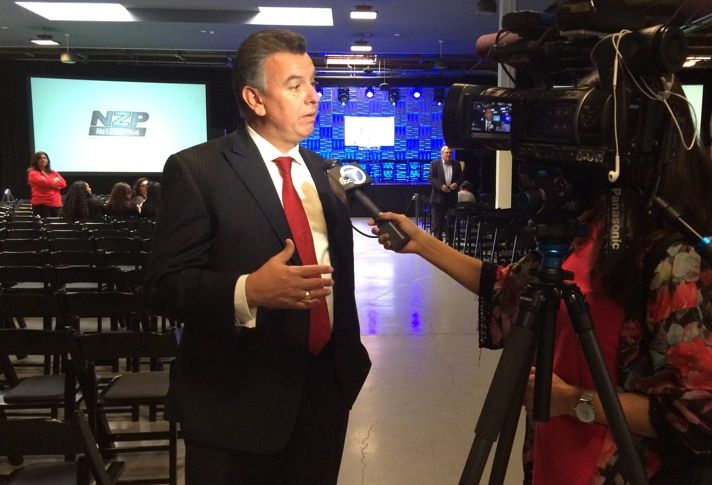 Bisnow also caught up with Dick Reed (captured during an interview with a KABC reporter) to find out why this facility is important to his organization and how he thinks it will benefit electrical workers and the future of the SoCal region.

“This facility will provide so many people access to high skill set training needed for tomorrow’s buildings and access to middle class jobs that allow them to achieve homeownership,” he tells us. Dick says all products and materials used in the retrofit were American-made and were installed by local union tradesmen. He said the institute has set a student enrollment goal of 50% veterans. The institute also operates a comprehensive outreach program targeting disadvantaged youths in communities throughout LA County.