These Two Public REITs Are Making A Killing In Student Housing

Student housing has graduated into a sought-after real estate class. More institutional investors are looking at student housing as a viable investment thanks to rising demand that continues to outweigh the current supply. 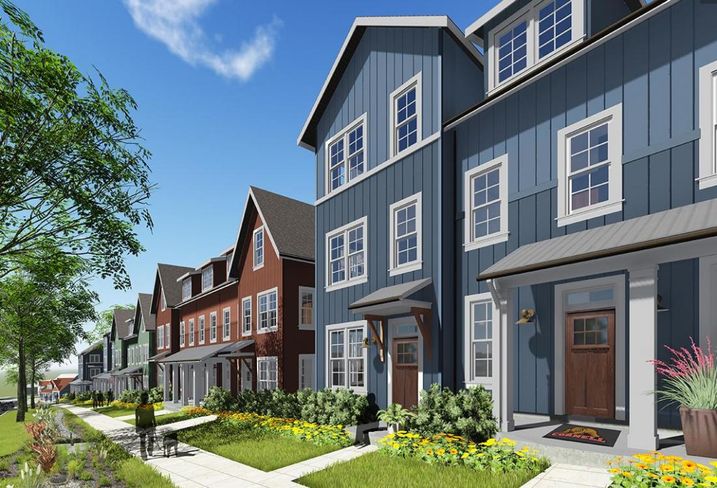 Though the sector has been dubbed recession-proof because of its ability to withstand the economic volatility of the financial crisis, student housing was not always popular among investors.

“When investors wanted to invest in the sector, the thought was that the assets were animal houses,” EdR CEO Randy Churchey said.

For EdR and American Campus Communities, the only two public student housing REITs in the country, student housing has been anything but. Investors started to catch on to the class after 2005, when these companies went public, and financial performance data became available and was extremely positive. 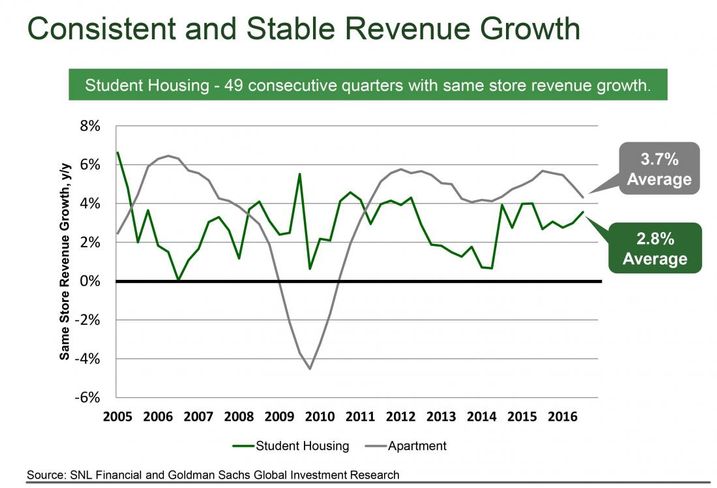 The ongoing success of student housing has a lot to do with its lack of volatility. Within the last 14 years, student housing returns averaged about 2.8%, which was relatively close to multifamily' average 3.7% return.

Multifamily is driven by job growth and job creation and when both of these economic factors experience declines, multifamily suffers. During economic downturns, people often go back to school, causing new enrollment to skyrocket and student housing real estate to become recession-resistant, according to Churchey.

Demand for student housing also has been high for the last few years and is only expected to increase with the rise of students going to college. Enrollment in postsecondary institutions is expected to increase 14% to 23 million by 2024, according to the National Center for Educational Statistics. As more millennials continue to pursue higher education, it will further fuel demand.

Even while enrollment rose over the last few decades, universities were not keeping up with student housing development, which has led to the current need. Now, universities are turning toward public-private partnerships to meet the demands. 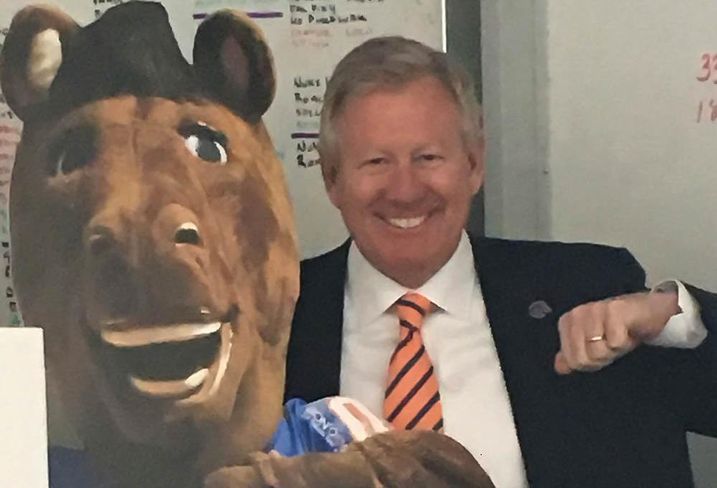 EdR and American Campus Communities now have a combined portfolio of more than $10B and are among the top student housing developers in the country. From January 2010 to December 2016, EdR posted a shareholder return of 275% and it is among the top 10% of public REITs in the country. Over the last six years, EdR averaged an annual revenue growth rate of 3.8%. At the end of the first quarter, EdR was in 46 markets and owned 79 university communities.

As of June 2017, ACC projects are opening in the fall with occupancy levels nearing 98.8%. The student housing developer boasts an average net operating income growth of 4.2%. At the end of the first quarter, ACC was in 65 markets and owned 97,500 beds and 157 properties.

Student Housing Is Not Just A Room Anymore 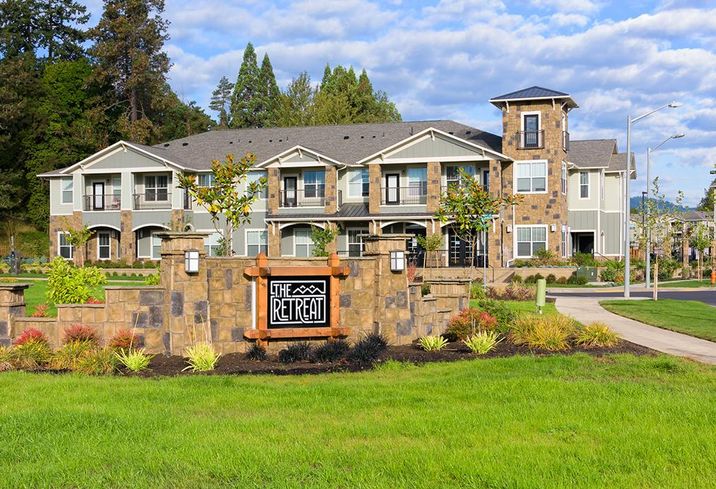 Courtesy of EdR
The Retreat at Oregon State owned by EdR

Modern student housing is not what it used to be. EdR started in the student housing industry more than 50 years ago with its creation of the Granville Towers at the University of North Carolina. This dorm was the start of the student hotel concept with shared rooms and shared bathrooms and a dining hall upstairs.

Student housing has since evolved into housing that has a similar look and feel to an apartment with private bedrooms and bathrooms. Students prefer housing with high-speed internet, study rooms and security of the building and individual rooms, according to Churchey.

Off-campus housing is usually 1/10 of a mile from campus, allowing students to walk to class, Churchey said. These developments tend to balance study rooms with pools, sand volleyball, basketball courts and other recreational activities.

EdR also is looking to partner with various University of California colleges. The UC system is currently partnering with companies to add 14,000 beds within the system. EdR is actively working with 35 universities throughout the country.

CORRECTION, JULY 11, 12:17 P.M. ET:  A previous version of this story incorrectly listed the name of EdR's first student housing project at the University of North Carolina. The story has been updated.