Southeastern Grocers, the owner of Winn-Dixie and other brands, said on Monday that it will require facial masks for its customers, an abrupt reversal for the grocery chain, which had earlier said it was not requiring masks. That decision would have bucked recent trends among retailers. 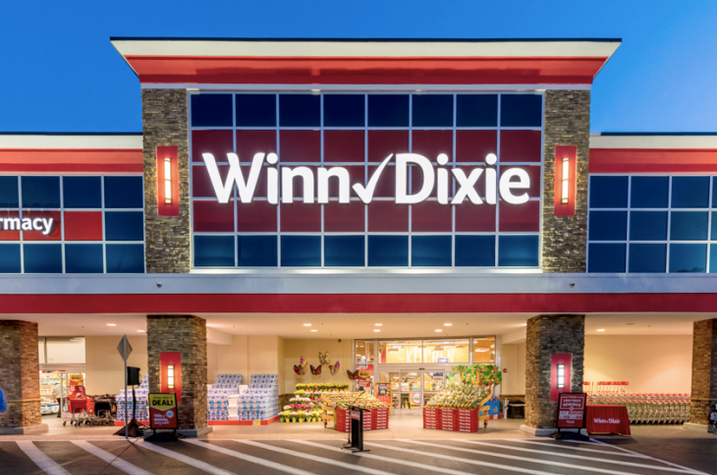 "This unprecedented period requires a willingness to be adaptable and flexible to ever-changing circumstances, and we will continue to adjust as needed over time," Southeastern Grocers spokesman Joe Caldwell said in a statement. The policy will go into effect July 27.

There was considerable blowback on social media after the company said it wasn't requiring masks.

#winndixie cowards. Others Took the lead. But you back stepped. Good give these no makers a place to shop. I’ll goto publix. I don’t even care that I got over 200 buck of free Groceries coming to me. The ventilator would cost more than that.

Others, however, agreed with Southeastern Grocers' original position.

Thank you #WinnDixie for offering adults a place to shop without wearing a mask! This is America! We should have freedom! I have a medical condition that prevents me from wearing a mask.

Previously, the company had said that it didn't want its employees to get into conflicts with customers over wearing a mask. Rather, Southeastern Grocers said, state and federal governments ought to mandate masks, thus relieving retail employees of the responsibility of enforcing wearing a mask, CBS reports.

A number of states and localities, including longtime holdout Texas, have recently mandated masks in public, but the rule isn't universal. There have been sporadic reports about retail employees and customers arguing and even fighting about wearing masks in stores. In one extreme case, a security guard at a Family Dollar store in Michigan was shot and killed by a customer whom he had asked to wear a mask.

Winn-Dixie operates roughly 550 stores in Alabama, Florida, Georgia, Louisiana, Mississippi, North Carolina and South Carolina. The stores now have partitions at checkout and workers' temperatures are checked daily. Until recently, workers weren't required to wear masks, but now they are.

As chain-wide retail requirements to wear a mask have sprouted like dandelions lately, Winn-Dixie had been a holdout. Starting on Monday, for instance, all shoppers at Walmart, including all the Southern states in which Winn-Dixie operates, are required to wear masks.

Also last week, Kroger, Kohl's, Target, CVS and Walgreens announced mask mandates nationwide. Florida-based Publix, which has a fair amount of geographic overlap with Winn-Dixie, also said it is requiring masks. Many of the stores operated by all of those brands already require masks in compliance with state or local edicts.

Though not specifically addressing retail, the Centers for Disease Control and Prevention has weighed in strongly in favor of wearing a mask in public settings.

"In an editorial published today in the Journal of the American Medical Association (JAMA), CDC reviewed the latest science and affirms that cloth face coverings are a critical tool in the fight against COVID-19 that could reduce the spread of the disease, particularly when used universally within communities," the agency said in a statement. "There is increasing evidence that cloth face coverings help prevent people who have COVID-19 from spreading the virus to others."