Show's Over For AMC Theatres?

AMC Entertainment Holdings, which operates almost 1,000 movie theaters in the U.S., Europe and the Middle East, said in a regulatory filing this week that there is uncertainty about its survival. 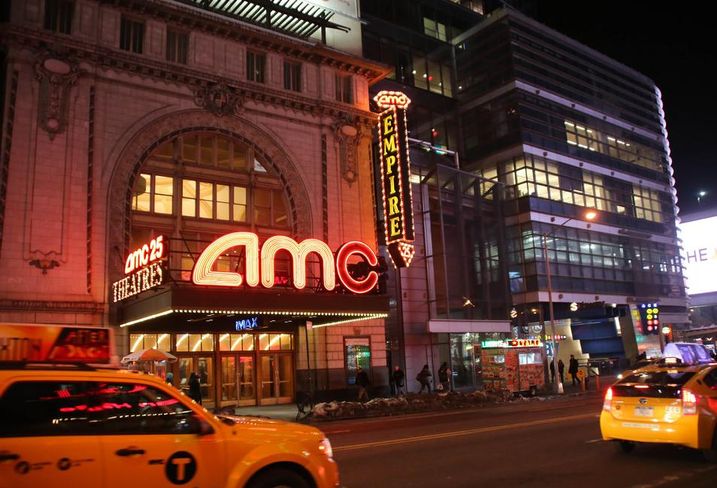 "As a result of the pandemic, all of our theatres worldwide have temporarily suspended operations through late June, and we are generating no revenue from admissions, food and beverage sales, or other revenue, which represent substantially all of our revenue," the company noted in its most recent 8-K filing with the Securities and Exchange Commission.

“We may not be able to obtain additional liquidity and any relief provided by lenders, governmental agencies, and business partners may not be adequate and may include onerous terms. Due to these factors, substantial doubt exists about our ability to continue as a going concern for a reasonable period of time.”

The theater chain didn't release any new information about recent reports that Amazon is interested in buying AMC, presumably as a long-term outlet for its media content. Previously, Amazon had an interest in acquiring the smaller Landmark Theatres, but Cohen Media Group acquired that company in 2018.

Also not addressed in the filing: the possibility of Chapter 11 bankruptcy, which might offer a path out from under AMC's debt load of about $4.9B.

Landlords would stand to take a hit in the case of bankruptcy, since studios would probably receive more out of any restructuring, Deadline reports, and landlords would be obliged to renegotiate leases. Currently the company leases 875 theaters worldwide and owns or partially owns 62 locations.

The filing is only the latest indication of trouble for the theater chain. In April, S&P Global Ratings downgraded AMC from B to CCC-.

By S&P's reckoning, CCC- means "currently vulnerable to nonpayment and is dependent upon favorable business, financial, and economic conditions for the obligor to meet its financial commitments on the obligation." Without a waiver from its creditors, S&P said it expects AMC to breach a major debt covenant in September.

Beyond simply being closed for now, AMC and other movie theaters face a longer-term threat, namely the fact that movie studios are now more willing to release first-run movies on streaming services.

AMC objected loudly to Universal Studios' Trolls World Tour being released in April without ever being shown in a standard theater. After the movie came out, AMC CEO Adam Aron sent a letter to Universal Chairman Donna Langley saying that AMC will no longer play any Universal movies in any of its theaters when they reopen.

Movie theaters were declining even before the pandemic. As recently as 1999, there were over 7,000 U.S. movie theaters, the Wall Street Journal reports. Twenty years later, that total had declined to 5,548.