Only about two years ago, the company then known as Zume Pizza had plans to disrupt the highly competitive world of pizza delivery by using its robots to make pies, even as they were being delivered by specially equipped trucks. 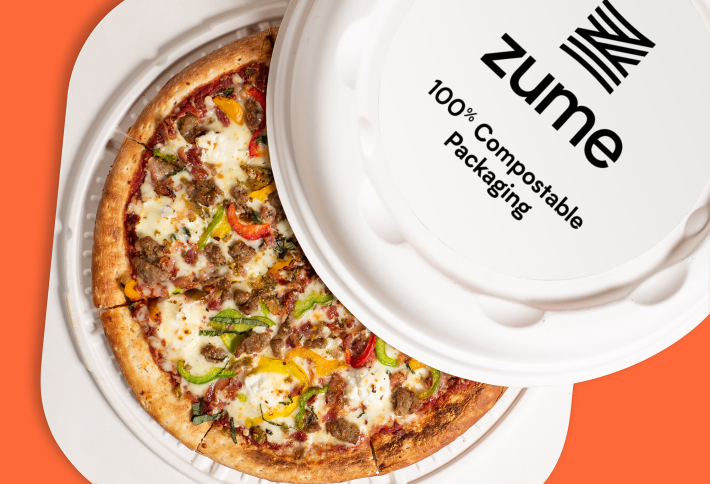 The robot pizza startup made such a persuasive case that SoftBank Group, best known for its stalwart support of Uber and WeWork, ponied up an investment of $375M.

By January 2020, Zume was out of the pizza-making and delivery business. In January, after cutting about about half of its workforce, mostly at its Mountain View, California, headquarters, Zume (dropping Pizza from its name) announced that it would specialize in molded-fiber food packaging, mainly sustainable pizza boxes, and provide automation technology to the food industry.

In its early days, Zume appeared keen to expand into robotic pizza, but the execution of its plans proved more difficult than anticipated. At it turned out, robots didn't quite have the finesse necessary to turn out consistently high-quality pizzas, Bloomberg reports. That was especially the case as robot-equipped pizza-making trucks moved along roads, with bumps and other irregularities along the way upsetting production.

Even after Zume started parking trucks in strategic locations to help production, the robots reportedly weren't consistent enough to make Zume thrive in the cutthroat delivery game, where customer acquisition costs are high, yet customer loyalty is low.

Zume also had to compete against the established giants of pizza delivery, Pizza Hut and Domino's Pizza, which are themselves trying to figure out the best way forward in a tech-enabled retail food-ordering world.

Pizza Hut not only uses third-party delivery service Grubhub, its parent company, Yum Brands, made a $200M investment in Grubhub in 2018. In 2019, Pizza Hut began moving away from its own online ordering system, relying on Grubhub to process orders. On the other hand, Domino's has its employees make deliveries from its 6,000 U.S. stores and most of its 11,000 global locations, and the company also runs its own online-ordering app.

Though not making any itself, Zume isn't completely finished with pizza.

Last year, the company started making round boxes for pizza delivery, including for client Pizza Hut. Zume says the boxes, made of plant fiber, are a compostable alternative to cardboard. The boxes have grooves that lead to a central circular recess, the goal of which is to keep hot air in and cool air out. Zume also says the round boxes nests together when stacked, thus taking up less storage space.

In September, pizza startup &pizza inked a deal to use Zume’s Forward Mobile Kitchens to test new products before adding them to the menu in its physical restaurants, and to expand its brand in new markets.

Forward Mobile Kitchens, which are also part of Zume's post-pizza business model, are mobile kitchens that prepare food as it is ordered online, even alerting customers where in the preparation process their orders happen to be. Once orders are ready, they are handed off to delivery vehicles.

The goal, according to Zume, is to increase efficiency by reducing the distance between where food is prepared and where it is eaten.