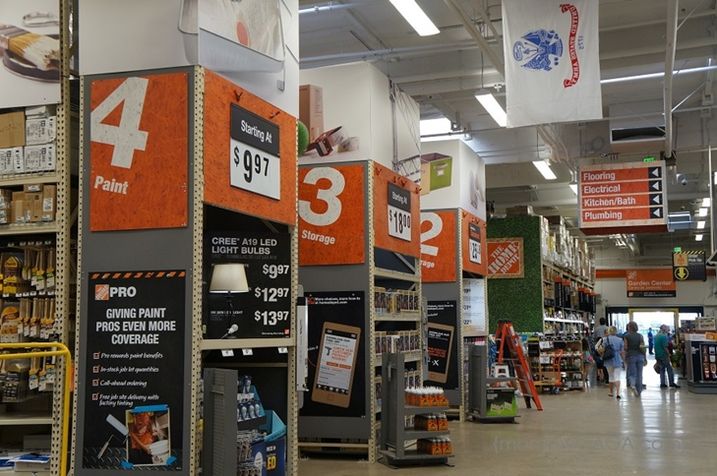 As billions of dollars in Chinese imports were hit with a new 15% tariff on Sunday, many retailers braced for a serious impact — but not all of them.

Among major U.S. retailers, home improvement stores The Home Depot and Lowe's are relatively insulated from the impact of President Donald Trump's tariffs on many consumer goods, according to a Wells Fargo analysis reported by Reuters. Both companies rely on China for 10% or less of their merchandise.

Though many companies are attempting to reduce their dependence on the Chinese supply chain, such changes are difficult and time-consuming. Best Buy is among the most dependent on China, according to Reuters; about 60% of the money it spends on merchandise goes to China.

The electronics retailer is working to reduce that number to 40% by next year, but has already adjusted its earnings projections downward and lost significant stock value, Reuters reports. Other companies with high exposure to Chinese imports include Apple and Nike, but not every retailer is due to suffer because of it.

Companies with enough influence can force their suppliers to eat some of the tariff costs, and those in position to do so have not just held steady as tariffs have taken effect, but made significant gains as a result. Home Depot, Target and Walmart have all adjusted earnings projections upward even after taking tariff costs into account, Reuters reports.

The rest of the retail community, without the clout of a Target or Walmart, is now faced with tough decisions when it comes to item pricing and profit margins. A coalition of 200 footwear retailers, led by Nike, Adidas and Foot Locker, sent a letter to Trump beseeching him to reverse course on his trade war with China.