Fast-food giant Yum Brands is planning to trim the number of Pizza Hut restaurants in the United States by about 500 locations, even as the brand continues to grow internationally. 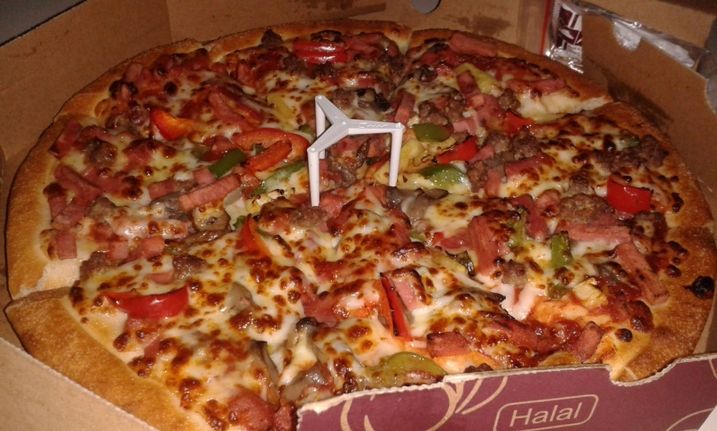 The company said the closures will allow it to focus more on food delivery and carryout by weeding out lesser-performing sit-down restaurants. There are nearly 7,500 Pizza Huts in the U.S., of which 6,100 are traditional restaurants and 1,350 are express units, which predominantly handle carryout and delivery.

"We plan to lean in to accelerate the transition of our Pizza Hut U.S. style to a more modern delivery and carryout-focused asset base," Yum CEO Greg Creed said during the company's latest earnings call early in August.

Delivery-oriented restaurants that respond to orders generated by apps — in some cases facilities that do nothing but deliver food from a central location — are a growth trend in the restaurant industry.

Customers are increasingly turning to Grubhub and its competitors like DoorDash, Uber Eats and Postmates to order food from restaurants without setting foot in one, Restaurant Dive reports.

Yum Brands didn't release a timetable for the closures, or the locations slated to be shut, but Creed said the number of U.S. Pizza Hut locations would drop to about 7,000 over the next two years.

"This will ultimately strengthen the Pizza Hut business in the U.S. and set it up for a faster long-term growth," Creed said.

Pizza Hut is one of Louisville-based Yum's main international brands, along with KFC and Taco Bell. The Pizza Hut brand is growing at a rapid pace outside the U.S., and doing well. As of the second quarter of 2019, there were 18,515 Pizza Hut units worldwide, up from 16,823 units a year earlier. Nearly half of the brand's sales are in the U.S., with China — at No. 2, with 17% of the total — expanding rapidly.

Sales, adjusted for currency fluctuations, were up 15% for non-U.S. Pizza Huts year over year in the second quarter of 2019. By contrast, U.S. Pizza Hut sales growth was 4% for the same period.