Do-it-yourself home improvement retailer Home Depot has started installing online order pickup lockers at many of its locations, joining other retailers in the movement to do so. 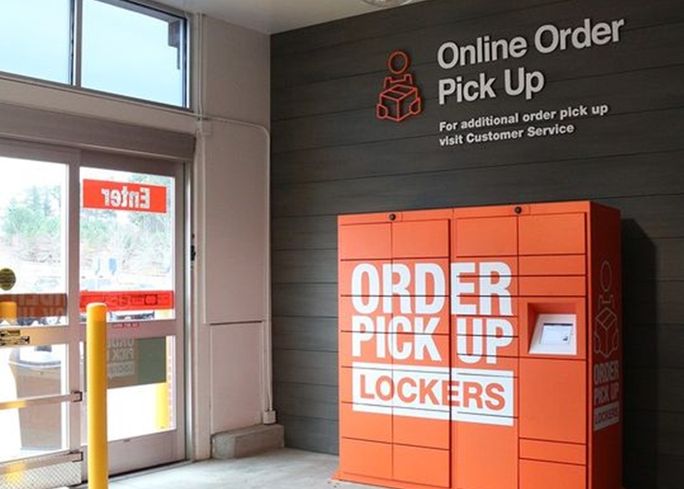 The orange lockers are near the front of Home Depot stores and will allow customers who have ordered online to unlock their designated lockers without having to seek assistance from an employee, USA Today reports.

"The lockers allow us to simplify that process by providing customers with the convenience of self-service and time savings,” Home Depot spokeswoman Lana Johnston told USA Today.

Last year, Walmart accelerated its rollout of a system it calls Pickup Towers — towers indeed, since they are 16 feet tall — which are much like vending machines, allowing customers to get the goods they purchased online in-store.

Online purchasers use an order confirmation bar code to locate their packages within the tower and a conveyor belt system delivers their merchandise to them. Walmart has been expanding the self-service kiosks across its locations since it debuted in Bentonville, Arkansas, in 2016.

The Home Depot move complements the retailer's commitment to invest $1.2B over the next five years to speed up the delivery of its goods in response to e-commerce demand.

The retailer plans to add about 170 distribution facilities nationwide by the early 2020s, with the goal of being able to reach 90% of the population in a day or less. Last year's online sales at Home Depot represented an increase of 21% in that channel compared with 2016.