Chick-fil-A's first location in the United Kingdom, which opened on Oct. 8, did not last long.

The Oracle shopping center in Reading, England, which inked a six-month pilot lease with the chicken sandwich chain, announced eight days into the lease that it isn't renewing it. 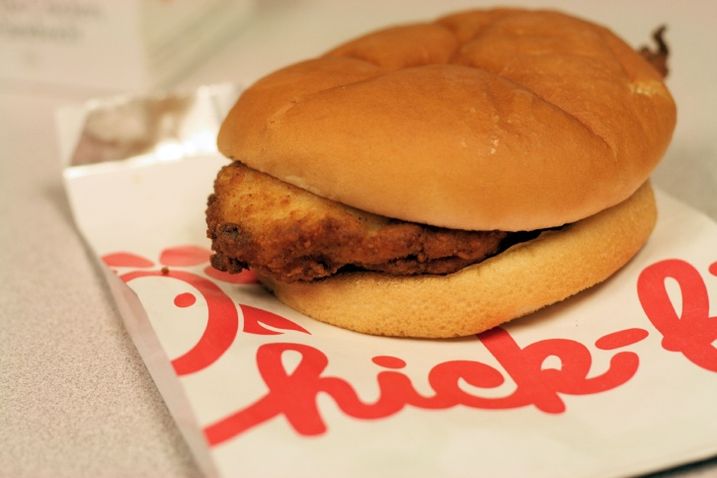 The decision came after calls for a boycott of the restaurant. LGBT organization Reading Pride spearheaded the effort, asserting that donations by the Chick-fil-A Foundation go to groups with a reputation of being hostile to LGBT rights, the BBC reports, such as the Salvation Army and the Fellowship of Christian Athletes.

“At the Oracle, we offer an inclusive space where everyone is welcome,” a spokesperson for the Oracle said in a statement to Time.

“We have decided on this occasion that the right thing to do is to only allow Chick-fil-A to trade with us for the initial six month pilot period, and not to extend the lease any further.”

The Oracle is a 820K SF property anchored by department stores Debenhams and House of Fraser. It was developed by Hammerson and is owned 50/50 by that company and the Abu Dhahi Investment Authority.

Chick-fil-A said that it had only planned to stay six months anyway.

"We mutually agreed to a six-month lease with the Oracle Mall in Reading as part of a longer-term strategy for us as we look to expand our international presence,” the company said in a statement, as reported by The New York Times.

Chick-fil-A has been the focus of LGBT activism since 2012, when company Chairman and CEO Dan Cathy was quoted as saying that Chick-fil-A believed in the “biblical definition of the family unit.”

The company has more recently maintained that it is simply in the business of chicken and not interested in politics.

"Recent coverage about Chick-fil-A continues to drive an inaccurate narrative about our brand,” the company said in a statement to Bisnow earlier this year.

In a few cases, the chicken sandwich chain has been prevented from opening restaurants because of local protests or municipal opposition (which has also sparked litigation). Even so, the company is growing rapidly.

According to QSR, Chick-fil-A is the fifth-largest fast-food chain in the United States by sales, which now exceed $10B/year. The company is currently testing the waters overseas.

Chick-fil-A's first non-U.S. location opened in Toronto in September. The restaurant saw lines around the block for its opening, but also was met with hundreds of protesters, blogTO reports.