How Restaurateurs Design Space For Romance On Valentine's Day

While some attempt to aim Cupid’s arrow by sensually pairing entrees with live music, others are zeroed in on inviting materials. Restaurant owners look to surround their dishes with a romantic aura this time of year, and hiring the right team of designers is key to executing the perfect aesthetic shot. 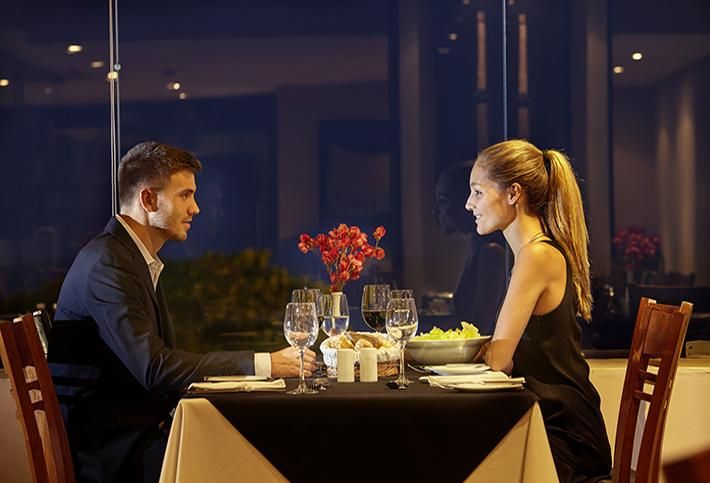 A restaurant build-out can cost a venue half its projected annual income, according to the Massachusetts Restaurant Association, so designers have to tug at purse strings before they can strike at diners' heartstrings.

“My designer fought me every step of the way,” Megwa said, “but we covered the front and back of our booths so we could pull them out for one day out of the year and provide our guests with intimate [seating arrangements].”

With more than half of her Valentine’s Day customers returning each year, she said the cost is ultimately worth it. Her seating strategy is pivotal in heating things up, as diners expect to feel like they are shrouded in privacy while in an expansive dining room.

“The way we sit is important when we think of romance,” said Cheryl Katz, the co-owner of C&J Katz Studio, which designed the dining rooms of Boston’s No. 9 Park and Menton. “We look to give the option of sitting on the same side with banquettes and always would recommend going with upholstered as opposed to wooden seating.”

While what is romantic might be up to each individual, certain things seem to be universal.

“Some people are wooed by grandiose spaces and others look for cozier spots, but the No. 1 thing that defines romance is lighting,” said Brian Miller, design director at Washington, DC, architecture firm Streetsense. "You can’t get romantic without good lighting." 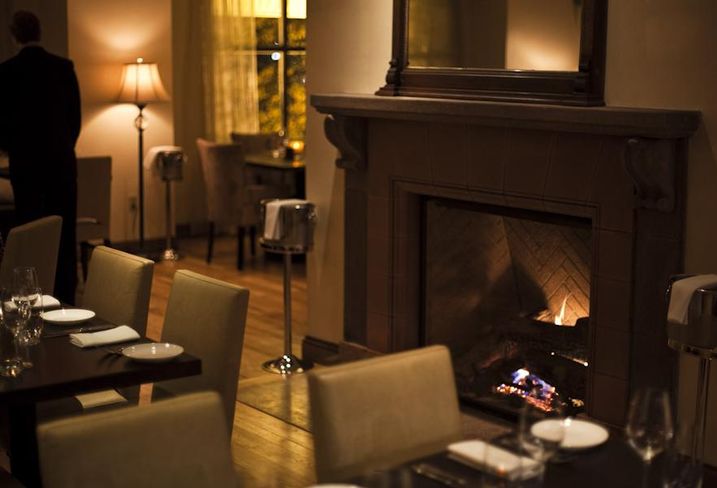 “Romance is a fireplace. There’s nothing like sitting in the dining room at Bistro du Midi by the antique fireplace and looking out on the lights of Boston Common,” said Tom Clark, president of restaurant construction company Ashling Inc. (responsible for the build-out of Bistro du Midi). “The only negative is that it might be slower business at those cozier spots during warmer months, so you need to find a balance.”

But Miller, who completed 41 restaurant projects while at Streetsense, said ideas of romance are also influenced by region.

“The perfect Valentine’s Day in Boston is going to be different than one in Miami or L.A. I look to give something primal or elemental — a courtyard in a warmer climate or a fireplace in a colder climate and then provide a counterbalance like expansive windows to make the space inviting year-round.”

There is another potential danger in narrowing your focus too much.

“The con of building for romance is that you become a cliché and that’s all your restaurant is about,” said Kenneth Feyl, architect for numerous Boston-area restaurants while at JD LaGrasse & Associates, “but for some restaurants, that may be the goal and what works.”

It works for Piattini, Megwa said.

“I don’t see any negative with going the romantic route," she said. "We have candles — real ones because I’m against those battery ones — at our tables and back lighting to give an intimate ambiance, but we aren’t turning people off. We’re hosting financial firms at dinner, too.”