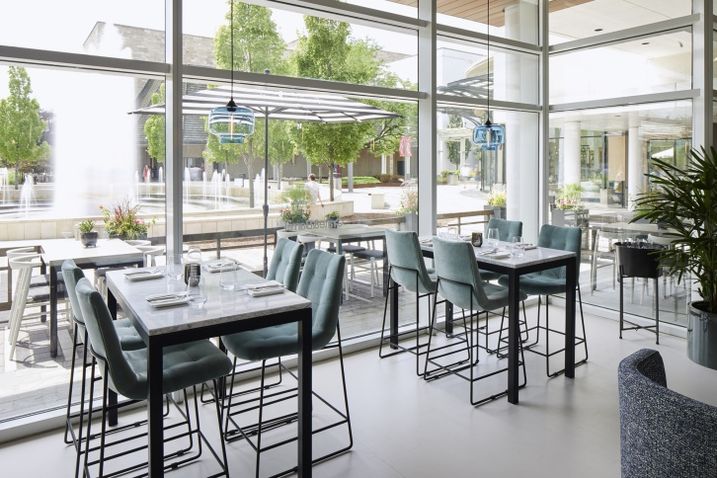 The restaurant offers two levels of indoor and outdoor seating. Having a restaurant will help the store drive more traffic and also create a higher level of loyalty by offering such an experience, Crate and Barrel CEO Neela Montgomery told Bloomberg.

As part of its partnership with Cornerstone, Crate and Barrel is also planning interactive programming on-site, such as chef demos, cookbook dinners and other events to inspire customers to support the brand.

Events such as these are increasingly popular among shoppers, particularly millennials, according to the National Federation of Retailers. All together 46% of U.S. consumers attended at least one retailer or brand event in 2018, while 66% of millennials did so.

"There is a tremendous opportunity to push the boundaries of the restaurant and retail spaces," Cornerstone President Josh Zadikoff said in a statement. Neither Crate and Barrel nor Cornerstone has said whether other locations are in the works in other places.

Other retailers are adding food offerings beyond lackluster food courts. Department store Nordstrom, for instance, has tapped two major Seattle chefs, Ethan Stowell and Tom Douglas, to offer dining at its new location in Manhattan. That Nordstrom, near Columbus Circle, will have six restaurants and bars when it opens in October.