Atlanta-based chicken sandwich purveyor Chick-fil-A, which has been expanding nationally at a rapid pace in recent years, is testing a new approach: locations without dining rooms that are focused on catering and delivery. 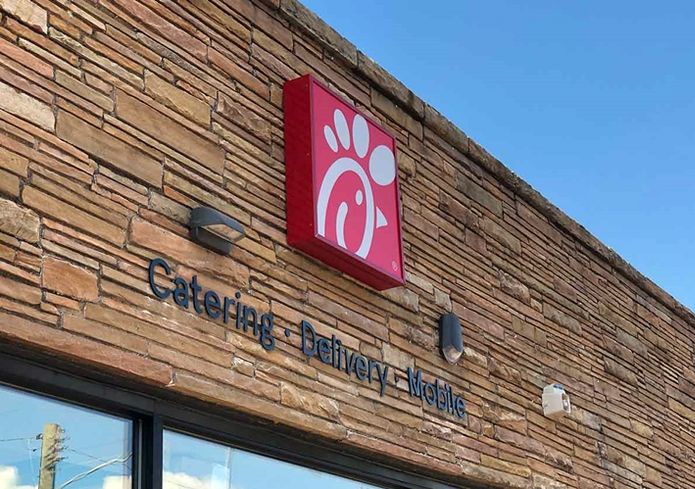 Courtesy of Chick-fil-A
The new locations will focus solely on preparing catering and delivery orders for Chick-fil-A restaurants.

Delivery in the retail sector is becoming increasingly important as not only restaurants but also grocers and other segments in the sector explore delivery models to compete with online retailers, including such offerings as delivered beer.

Chick-fil-A is on the verge of opening two prototype stores, one each in Nashville, Tennessee, and Louisville, Kentucky, that will not feature places to eat.

According to the company, customers in both cities will still be able to order catered food at any local Chick-fil-A restaurant, but the new locations will specialize on catering and delivery instead of walk-in ordering.

The Nashville location will be at 1622 Church St., in the thick of a neighborhood that has seen a lot of growth lately. About 4,200 SF of the Nashville restaurant’s 5,800 SF will be dedicated to kitchen space, which is more than two times the size of a standard Chick-fil-A kitchen.

"Customers are relying more on mobile delivery,” Nashville restaurant franchise operator Will Sims said in a statement. "This new location helps us provide that convenience.”

The new Chick-fil-A location in Louisville will also have no dining room or walk-up ordering, but will focus solely on preparing catering and delivery orders for Chick-fil-A restaurants in the city’s East End.

The facility, which will open mid-October, will be roughly the same size as a free-standing Chick-fil-A, or about 4,800 SF.

Chick-fil-A currently has more than 2,000 locations in 46 states and Washington, D.C., making it the largest quick-service chicken restaurant in the country.