W.P. Carey has inked a deal to acquire Corporate Property Associates 17-Global Inc., a publicly held nontraded REIT managed by W.P. Carey, for $6B in a stock-for-stock transaction. 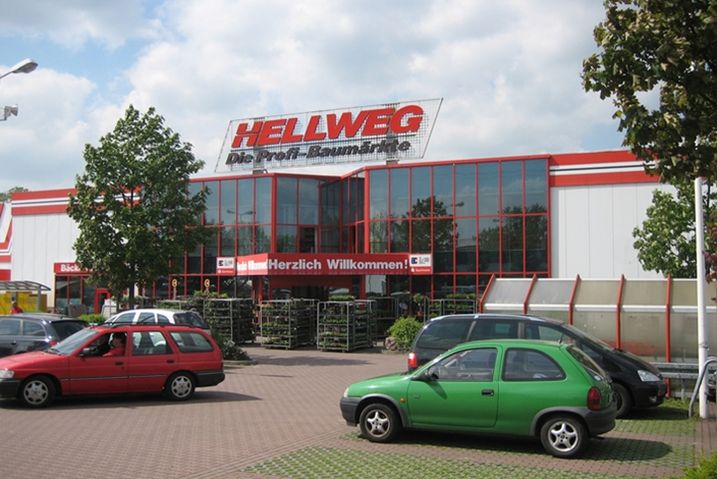 Wikipedia/Helfmann
A Hellweg store in Germany. CPA:17 is a major Hellweg landlord.

CPA:17 specializes in net lease assets in a variety of property types in the United States and Europe, with a portfolio of 411 properties totaling about 47M SF. The properties are almost fully occupied — 99.7% — with an average lease term of 11.6 years.

"These are assets that we know extremely well," W.P. Carey CEO Jason Fox said in a conference call Monday. "We underwrote them, we acquired them, and we manage them."

In the United States, the New York Times Co. is a tenant of CPA:17, as are Lineage Logistics and Blue Cross and Blue Shield of Minnesota.

In Europe, CPA:17 is landlord to Hellweg retail stores (37 sites in Germany), Agrokor grocery stores (24 sites in Croatia) and Kesko Senukai retail stores (20 sites in the Baltic states), among others.

This transaction effectively transforms W.P. Carey into a net lease REIT, which represents a shift in strategy for the company. The deal stands to make W.P. Carey the second-largest net lease REIT by market cap, which will be almost $11B after the deal. Only Realty Income Corp., at about $15B, would be larger.

"CPA fits nicely into our existing portfolio," Fox said. "After closing, our business will be simpler. Almost all of our earnings will be from real estate lease revenues, which are long term and recurring."

The deal would mean, according to Fox, that only about 4% of W.P. Carey's adjusted funds from operations would come from asset management, compared to the current 20%. It would also enhance the company's credit profile, he said.

"We gain significant scale, which will allow us to operate more efficiently," Fox said. "This transaction is an important next step into focusing exclusively on net lease investing."