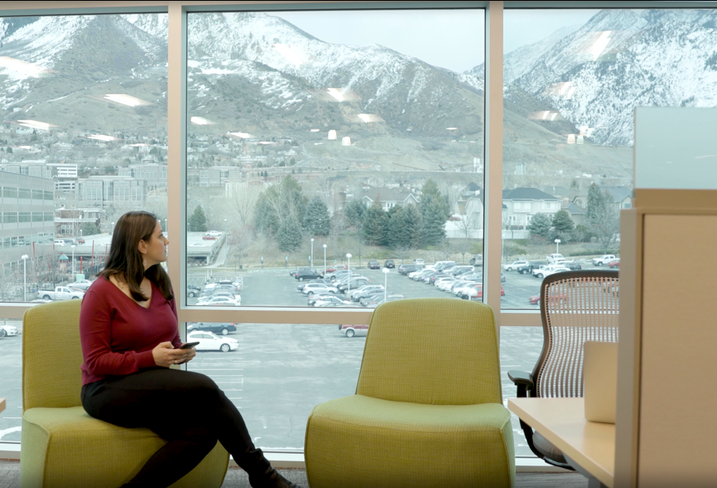 After the success of Cornerstone, its office building in Cottonwood Heights, Utah, Cottonwood Partners embarked on an identical building next door. For the new building, dubbed Cornerstone II, the design team made only one change: The windows would feature smart glass from View, which would adapt to changing light conditions and eliminate the need for blinds, preserving the stunning mountain views outside.

Cornerstone II leased up 40% faster than its predecessor. And despite being a 20-minute drive from Salt Lake City, the building was able to charge rent on par with its downtown counterparts.

“We got the building leased very quickly, mostly before it was even complete,” said Jeff Gochnour, president of development at Cottonwood Partners. “We’d like to attribute that to View glass in part. People love the design of these buildings.”

Landlords have long been skeptical of making upgrades to their buildings’ wellness amenities, arguing that the financial benefits were squishy. But a growing body of evidence suggests that installing windows that bring in more natural light can be a strong financial boost — in buildings that feature smart glass, tenants sign on sooner, stay on longer and are willing to pay more in rent.

An MIT Center for Real Estate and Sustainable Design study found that corporate tenants are willing to pay 6.1% more in rent for offices with abundant access to natural light. The simple reason is that natural light leads to healthier, happier employees. A study from Cornell University found that working in the optimal amount of daylight can reduce eyestrain by 51% and headaches by 63%. These wellness benefits, combined with overall satisfaction and alertness, translate to a significant boost in productivity.

But despite the known benefits of natural light, even buildings with beautiful views end up with their windows covered with blinds, because ordinary glass lets in too much sunlight and heat, creating glare and turning offices into furnaces. A study from Urban Green estimates that at any given time, 59% of the windows in New York City are covered by blinds.

By automatically dimming in response to sunlight, smart glass keeps the optimal amount of daylight pouring into offices throughout the day, cutting glare and eliminating the need for any other window treatment. Tenants can control the temperature and brightness of their work environment with a touch of a smartphone.

“It’s very intuitive and easy to modulate the windows, and they respond fast, which has added a lot of value to our lease,” said Mark Spagnola, president of Portfolio Communications, a tenant at the Lake Union Building in Seattle. “I can imagine us signing on longer now, and we can enjoy more of what we’re paying for, which is the view.” 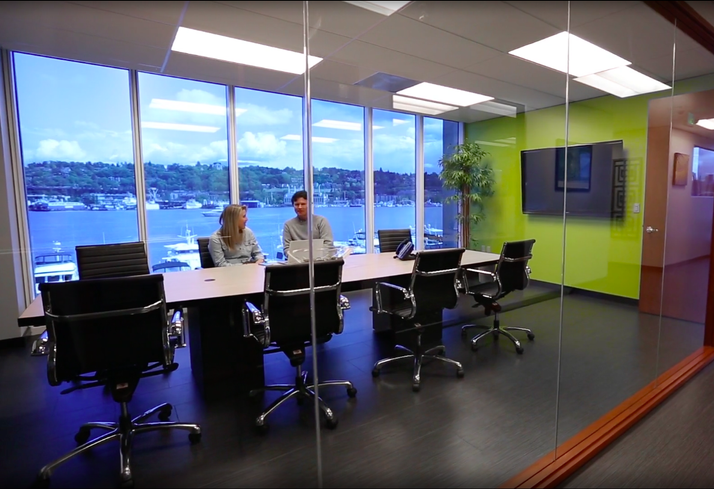 The building, which overlooks a picturesque lakeside marina, achieved 16% higher rents after replacing its windows with smart glass from View. The Lake Union is not alone. Upgrading the windows at the N6 Lofts, a warehouse-to-office conversion in Williamsburg, Brooklyn, led to an asking rent that is 22% higher than its competitors and on par with rents in Manhattan.

More developers and owners are planning their buildings with smart glass windows, and reaching new heights in their markets. The Civica Cherry Creek, an office building with smart glass in Denver, is achieving the highest weighted average rent ever for the Denver market.

Building with smart glass is especially important in Sun Belt markets like Denver because heat and glare can be so intense, said Doug Zabel, managing partner at Schnitzer West, part of the development team behind the Civica. Working with View glass unlocked hundreds of square feet of useable space within the building by turning areas near windows that might otherwise be too hot for employees into workable spaces.

“I think it would be a big mistake to build a building right now without this technology,” said Matt Winters, Vice President at Tri Properties, whose Churchill Hall property in Durham, North Carolina, was constructed with View glass. The building exceeded the leasing expectations on its pro forma and is achieving 5% higher rents than other Class-A buildings in North Carolina’s Research Triangle. 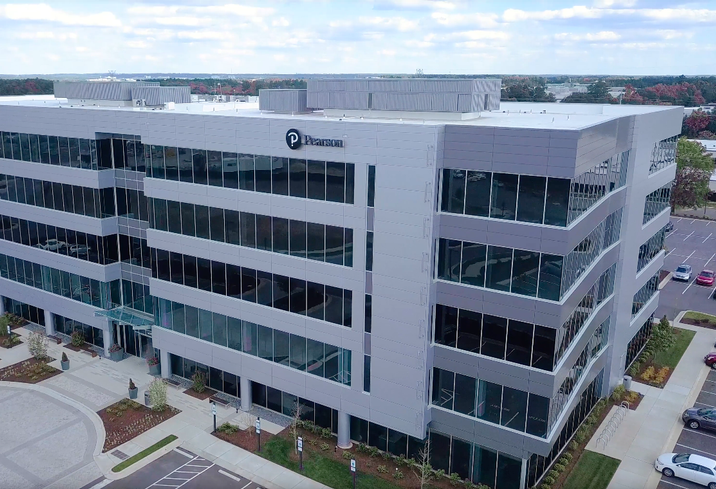 At the heart of that success, Winters said, is the fact that tenants are searching for the best, most innovative office spaces that can help them recruit and retain talent. Tri Properties Executive Vice President Clay Stober said during the leasing process he would encourage tenants to go look at other properties and note whether the shades were pulled.

“One of the differentiators in our building was the View window system,” said Steve Santana, senior vice president and CTO at Pearson North America, one of the anchor tenants at Churchill Hall. “None of the other sites had it. I’ve never been in an office that did not have shades.”

This feature was produced in collaboration between Bisnow Branded Content and View. Bisnow news staff was not involved in the production of this content.

View
View is a technology company creating smart and connected buildings to improve people’s health and wellness, while simultaneously reducing energy consumption. View is also the market leader in smart windows that let in natural light and views and enhance mental and physical well-being by significantly reducing headaches, eyestrain and drowsiness. Every View installation includes a 'smart building platform' that consists of power, network and communication infrastructure. The recently released SmartProtect, is the first of several IoT applications on this platform designed to make building spaces healthier, smarter, and more productive. For more information, please visit: www.view.com
Confirmed! You are subscribed to the Bisnow National E-Newsletter.
Bisnow National Newsletter
Bisnow National Newsletter