Despite the election and Super Bowl dominating every conversation, property management professionals have plenty of other topics on their minds. Here are some of the trends they're watching: 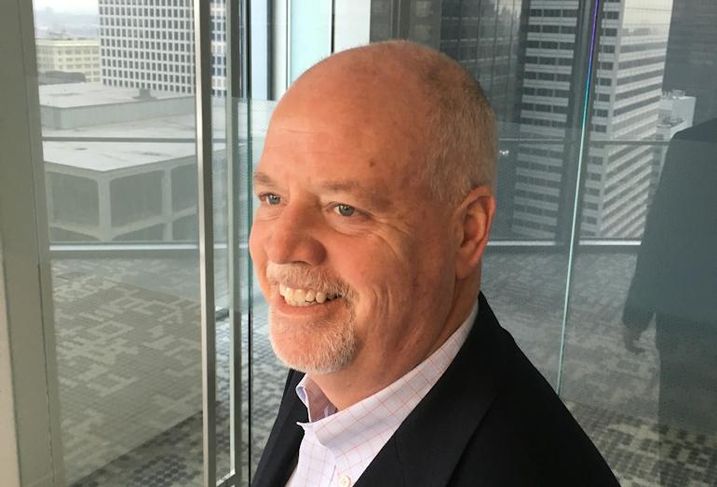 As tenants fit more employees into less space, property managers are asking how they can deliver a comfortable environment, David says—this densification impacts HVAC and electrical capacity in office buildings, as well as parking ratios in suburban offices.

David, who’s based in Chicago’s LEED Platinum 71 South Wacker (also known as the Hyatt Center) notes there are more rebate programs being introduced that relate to projects aimed at improving energy efficiency. These are decreasing the economic payback on upgrades, making them more advantageous for owners.

For years, we’ve had certifications that addressed building operations. While we haven’t seen it quite yet, David expects a greater move to certification programs that address occupants and their experiences. For instance, the WELL Building Standard measures and monitors building features that impact health and well-being, such as air, water, nourishment, light, fitness, comfort and mind. 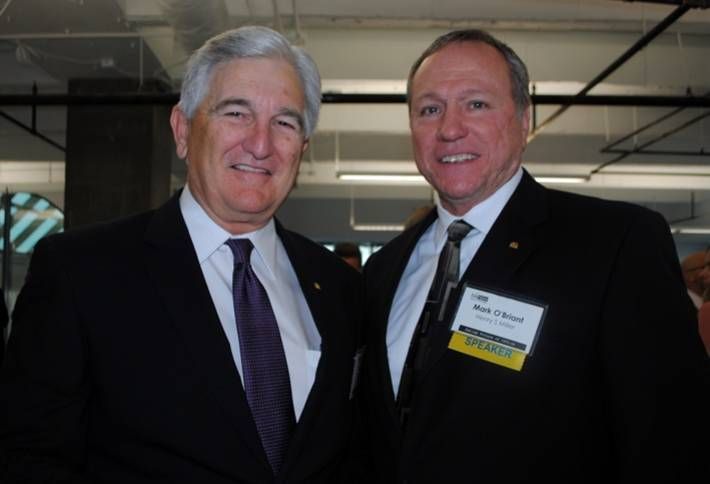 As owners deal with rising real estate taxes and insurance rates, especially in areas vulnerable to weather incidents, it’s important to go back to the ABCs of management and take a hard look at expenses, says Mark (right, with HSM president and COO Dan Arnold). This means revisiting contracts, renegotiating insurance rates and making sure your contractors are giving you the best prices. “If you’ve been using the same vendor for the past two or three years, it’s easy to get complacent,” he says.

As real estate values rise, owners have been selling off buildings strategically. And for Henry S. Miller, which has also been culling assets, this has meant a drop in third-management property management assignments. “We’re down to about 2M SF, where historically, we’ve been at 5M SF,” Mark notes. Generally, it’s difficult to hold on to the management of a building if it’s sold, and many of the competitive buyers have been bringing management capabilities in house as their portfolios grow, squeezing the third-party providers out. But Mark expects that to quickly change as his firm shifts back to acquisition mode for the next two or three years. So far, it has three deals under contract, and the firm is seeking more opportunities in the market. 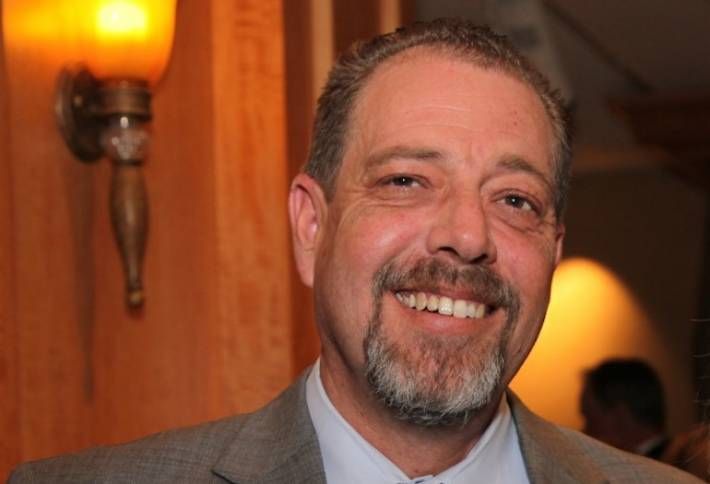 Gedion Abraham/Head of the Class Photography

Property managers are constantly juggling the difficulties of county and city restrictions on water usage. So it’s important to focus on using low-flow fixtures in each unit and common areas and explore all options when it comes to landscapes, including installing satellite controllers, changing the plant palette and switching to drip irrigation. Nick says WNPM is learning as much as it can from large landscapers and architects in Nevada, a state on the cutting-edge of drought management.

It’s very difficult to have a residential property 100% LEED certified, which entails a lot of effort and expense. However, WNPM is looking at more cost-effective ways of being greener throughout its assets, from the way it handles trash to the types of materials it’s using throughout a community. California is not only dealing with the drought, but electricity pricing spikes, so solar is coming back in many areas. 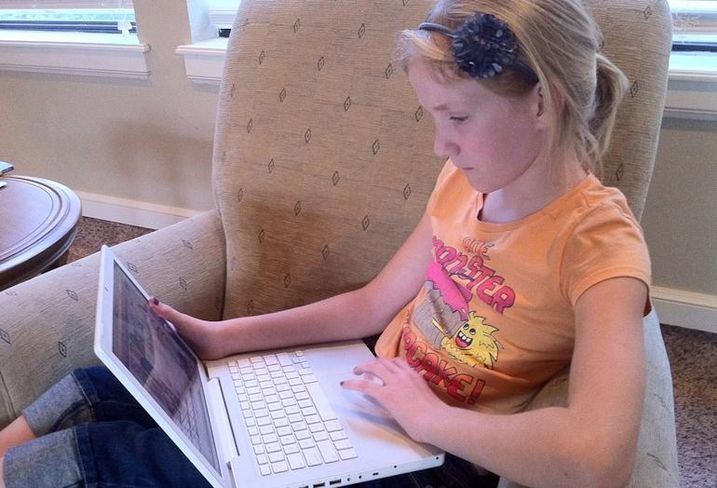 Residents are no longer using technology the same way; fewer are opting for cable, for instance, and instead rely on Hulu and Netflix over television. That means bandwidth concerns. (Nick watches TV through his son’s Xbox.) There’s a growing trend toward fiber optics to “future-proof” your building and meet that bandwidth. Also, properties are getting away from the theaters and instead opt for a more clubhouse- or pub-type feel, with multiple TVs throughout the room where people can watch different shows, movies and sporting events or play video games at the same time.

As the cost of land increases, properties are getting denser. “So you don’t always see the big, green pastures anymore,” Nick says. Instead, the firm is shifting its focus to creating social environments in common areas throughout the communities. Instead of one large community room, for instance, they’ll instead create smaller areas in a more socially interactive environment. 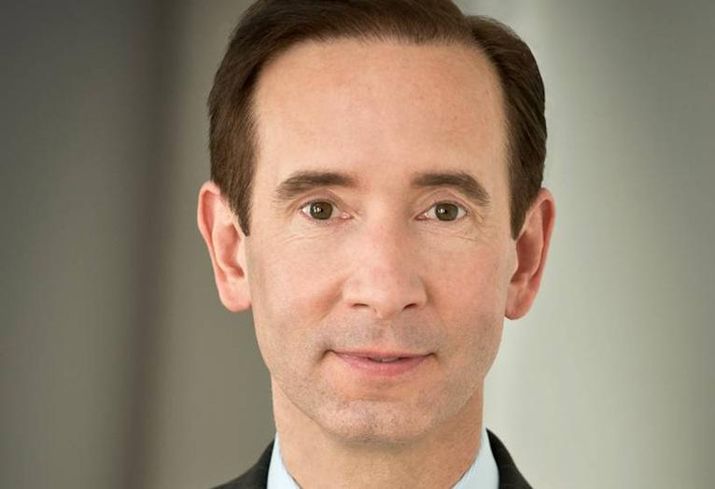 As competition for space heats up in leading retail corridors and markets, and secondary markets experience some tenant fallout, it’s important to make sure your shopping centers are attractive, efficient, and the best they can be in terms of what else is in the market. Levin Management has been sprucing up many of its properties, as well as launching a number of renovations. Given it represents 95 properties across seven states, Matt says that it’s able to leverage its purchasing power to buy services and products more efficiently. It has also increasingly brought in nontraditional retail tenants to fill vacant space, including gyms and medical uses.

In response to e-commerce competition, Levin Management has launched a mobile advertising pilot program to bring more customers into the brick-and-mortar stores, allowing them to see what’s available in each shopping center. Matt says it’s had good traction so far, which he expects to increase. 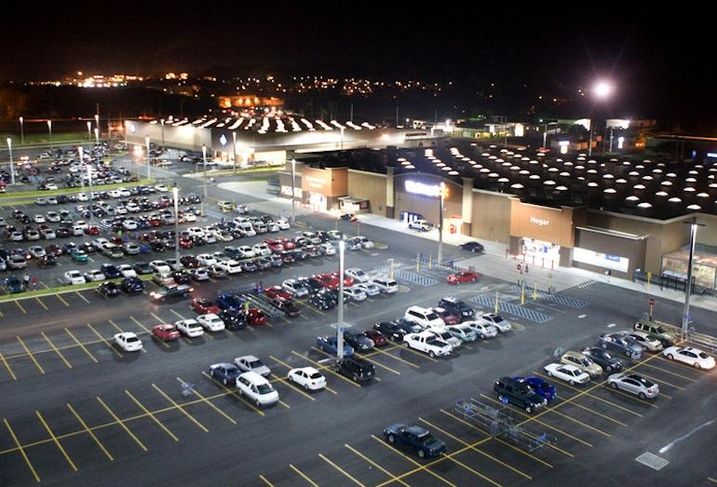 LED lighting technology has finally arrived to where you can use LEDs for parking lot lights and get adequate illumination from tall poles. Now it’s possible to outfit an entire property, from walkways to common areas. That means less maintenance, less energy use and greater efficiency. (Above, Walmart and Sam’s Club in Puerto Rico—not affiliated with Levin—retrofitted 22 locations with LED parking lot lights, which are expected to reduce energy needs by up to 48% while cutting maintenance costs by an estimated 75%.)