10 Real Estate Moguls Who Are Donating Big Bucks to Universities

As the new school year approaches, new groups of students will be stepping onto the nation's top campuses, walking the same halls as the world's top real estate talent. These 10 real estate moguls have given millons to their alma maters—as well as other schools around the country—and their names are now emblazoned on buildings around the campuses. 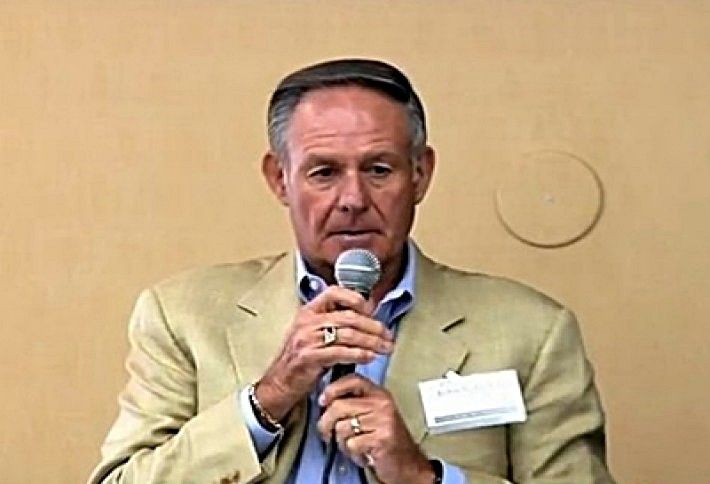 Who He Is: Sobrato is the founder of the Sobrato Organization, a Silicon Valley development firm specializing in commercial and residential real estate. In the wake of her husband's death, Sobrato's mother—an Italian immigrant—became the region's first female real estate developer. Sobrato himself started his real estate career while in college at Santa Clara University in 1957. Founding the company in 1979, Sobrato's organization would eventually grow to own a portfolio of more than 110 commercial buildings and 30 apartment complexes. Sobrato eventually left the company in 2013 to focus more on charitable activities.

College Connection: In 2000, Sobrato and his wife donated $4.4M to his alma mater, which allowed for the construction of the John A. and Susan Subrato Residential Learning Complex, an apartment-style complex that houses over 270 students. Then, in 2007, the Sobratos gave another $20M, which helped plans for a Learning Center and Library. 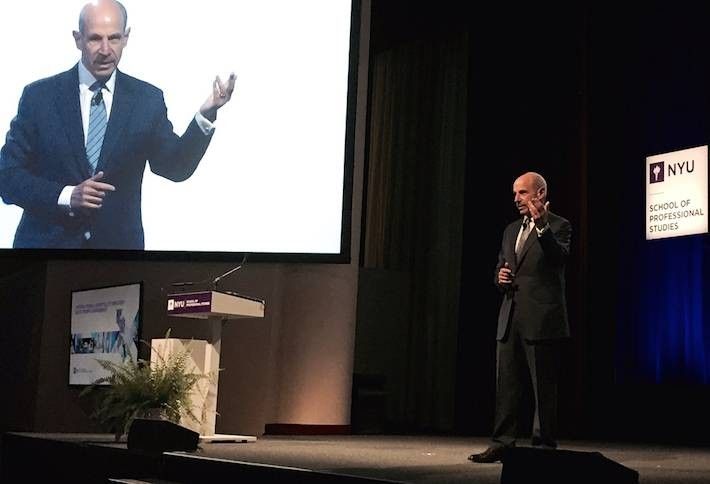 Who He Is: The chairman of the Loews Hotel brand, Tisch is a man of many, many positions and talents. He's a member of the board of directors, treasurer and a co-owner of the New York Giants, as well as member of the board of the Tribeca Film Festival. He became the CEO of Loews in 1989, and instated the Good Neighbor Policy in 1990, which included measures such as donating excess food to local shelters, encouraging volunteer activities for employees and intensive recycling efforts.  In the wake of the Sept. 11 attacks, Tisch served as chairman for the New York Rising task force, which sought to increase tourism. He has written three books and is even the host of an Emmy-nominated televsion series, Beyond the Boardroom with Jonathan Tisch.

College Connection: A trustee of his alma mater, Tufts University, Tisch graduated from the Medford, MA, university in 1976. In 2001, he donated $40M to the school, and the University College of Citizenship and Public Service—originally founded by eBay founder Pierre Omidyar—was renamed the Jonathan M. Tisch College of Citizenship and Public Service in his honor. 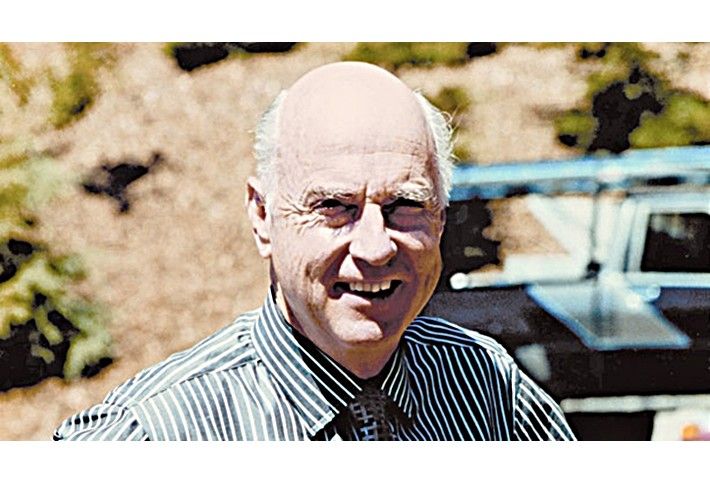 Who He Is: One of the largest real estate owners in Silicon Valley, Arrillaga started his real estate career in the 1960s buying farmland and developing office buildings. Along with partner Richard Peery, Arrillaga quickly rose to become Silicon Valley's top landlord with over 12M SF. In 2006, he sold about half of his holdings (5.3M SF) for $1.1B.

College Connection: Arrillaga attented Stanford on a basketball scholarship and was a member of Delta Tau Delta, a fraternity that has existed across the US since 1858. In the years since, Arrillaga has donated millions of dollars and several buildings, including the the Arrillaga Family Dining Commons; the Arrillaga Center for Sports and Recreation; and the alumni center, the Frances C. Arrillaga Building, named in memory of his first wife.  In 2006, he donated $100M before setting a single donor record in 2013 with a whopping $151M. 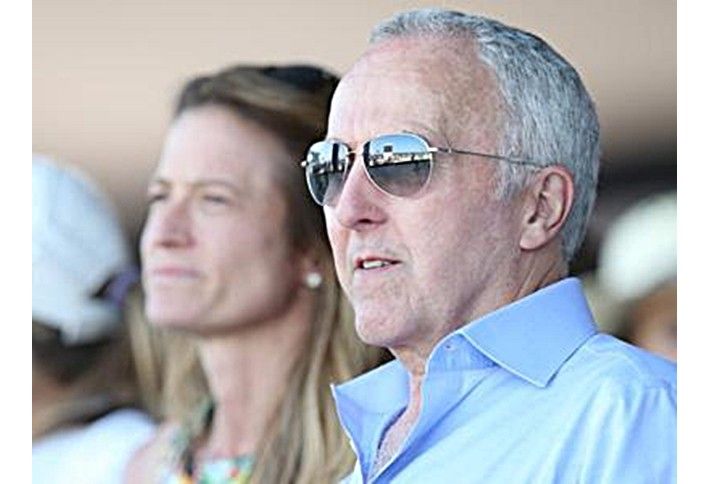 Who He Is: McCourt is a big name in the baseball industry, since he was the owner of the Los Angeles Dodgers from 2004 until 2012. McCourt's ownership was an incredibly hectic experience, including his disputes with MLB Commissioner Bud Selig, wrestling for ownership of the team with his ex-wife Jamie, eventually declaring Chapter 11 bankruptcy in 2011, and finally selling the team to a group that included former Los Angeles Laker Magic Johnson. McCourt's foray into baseball came after a failed attempt to buy the Boston Red Sox in 2002. Baseball aside, McCourt and his family were a big name in the Boston real estate industry for generations, founding the McCourt Co in 1977, specializing in major commercial real estate development projects like parking lots. When McCourt moved to LA to work on the Dodgers, the McCourt Co moved its HQ there as well.

College Connection: McCourt graduated from Georgetown University in 1975 with a degree in economics; he met future wife Jamie there his freshman year. In 2013, McCourt helped establish the McCourt School of Public Policy at GU, donating $100M. 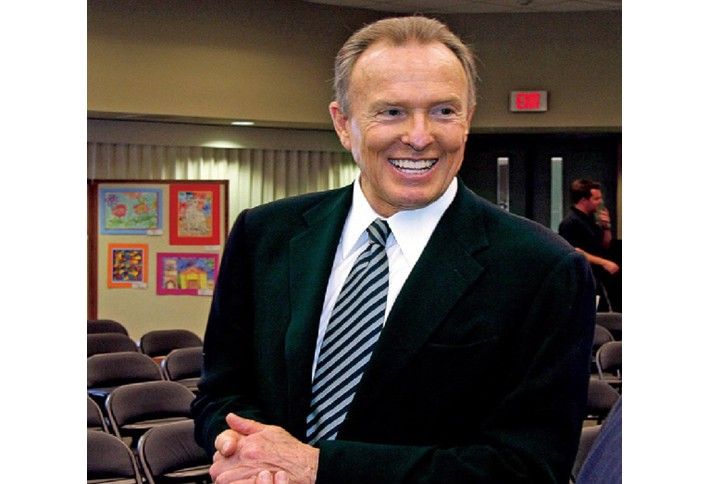 Who He Is: Bren is the chairman and sole owner of the Irvine Co. Starting in 1958 with a house in Newport Beach worth $10k, Bren soon established the Bren Co., which built homes throughout Orange County. It was bought by International Paper in 1970 for $34M, only to be sold back to Bren in 1972 for $22M. In 1977, Bren—along with a group of investors—purchased the Irvine Co, making Bren, the largest shareholder, the firm's owner.

College Connection: Even though Bren attented the University of Washington, he's a huge supporter of education. He's donated millions to schools throughout California, including the Universities of California in Santa Barbara and Irvine and Chapman University. At UC Irvine alone, Bren has helped support the Bren Events Center (which holds the school's basketball court); the Donald Bren School of Information and Computer Sciences; and the David Bren Hall, a "green" laboratory. 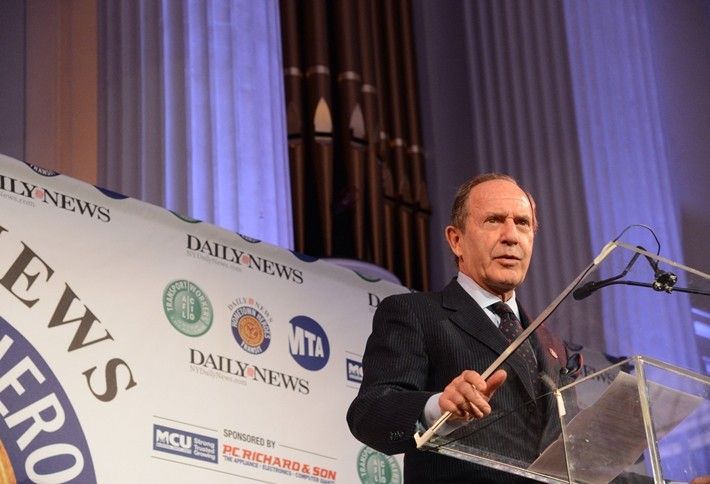 Photo by Marc A. Hermann

Who He Is: Zuckerman is the founder, executive chairman and former CEO of Boston Properties, a leading REIT. The firm owns over 41M SF in 155 properties in Boston, New York, San Francisco, and Washington, DC. He is also the editor-in-chief of U.S. News and World Report—where he's a frequent contributor—as well as the owner of the New York Daily News, a paper Zuckerman has had trouble unloading after announcing his intention to sell in March 2015. 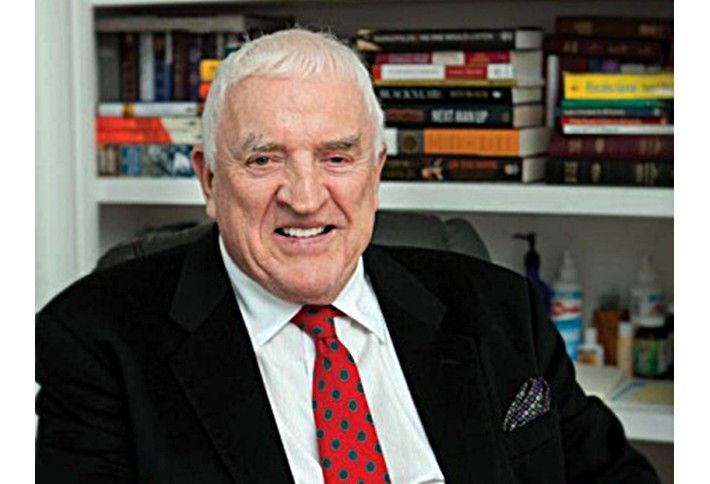 Who He Is: Cadigan is both a heavy real estate investor and the former CEO and president of Electronic Engineering Company of California, running it for 20 years and expanding globally. Even after his retirement from EECO, Cadigan served as the CEO and chairman for several other electronic companies, such as Gateway Communications and Linear Instruments. Although real estate investing started as a side project, Cadigan became fully invested in the industry after his retirement from electronics and soon became the largest private real estate holder in Orange County.

College Connections: Cadigan graduated from Boston College in 1957 and donated $15M to build an alumni center in 2012. The center houses the school's fundraising and relations offices. He also donated $12M to the Boston College High School —easily the largest donation the school had ever received—which was used to build Cadigan Hall for Arts and Recreation. 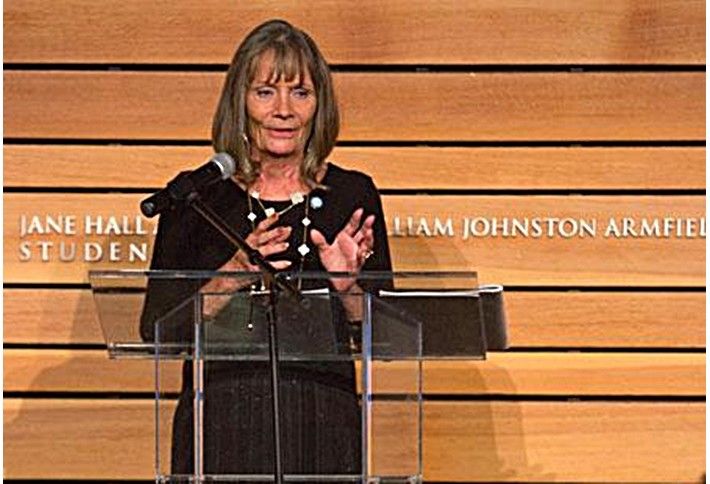 Who She Is: The daughter of a clothing model and the president of Whitman's Chocolate, Gillings started in real estate while working as a staff member of the University of North Carolina's Biostatistics Department, where she met future husband Dennis Gillings. After marrying Dennis (they divorced in 2011) and having a child, Gillings got involved with residential and commercial real estate in order to support her family, eventually working with properties in Chapel Hil, NC, London, and Sydney, Australia.

College Connection: Given UNC's importance to her life, Gillings has made numerous donations to the school, either with her now ex-husband or on her own. In 2007, the two donated $50M to the Gillings School of Global Public Health. A year later she founded the Joan H. Gillings Fellowship in Creative Writing, which is awarded to an incoming Master's student every year. In 2014, she donated $1.4M to renovate Rosenau auditorium in the Gillings School and event space at the Gillings School. 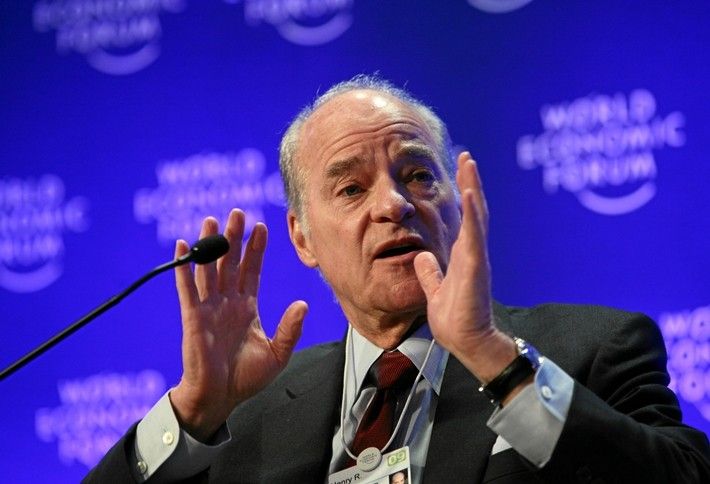 Who He Is: Kravis is the co-founder of Kohlberg Kravis Roberts & Co, a private equity firm worth over $95B. The company has invested in hundreds of well-known companies, including Hospital Corporation of America, TXU, Playtex, Beatrice Foods, Safeway, Duracell, Toys "R" Us, Borden, First Data and Regal Entertainment Group. Though it had dabbled in real estate in the past, it wasn't until 2011 that the company started its own real estate division, making its first investment in 2012. Just a year later, it had raised $1.5B into its first real estate investment fund.

College Connection: Kravis is a graduate and trustee of Claremont McKenna College, where he established the Kravis Leadership Institute, as well as the "Henry Kravis Internships for Teachers of Color" program. Kravis's chairtable donations have also been focused on New England high schools, including funding constructions for Middlesex School, Eaglebrook School, Deerfield Academy and Loomis Chaffee. 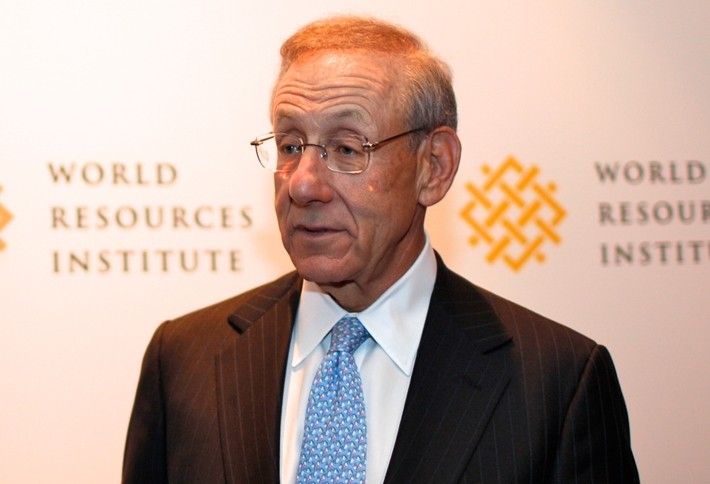 Who He Is: Ross is chairman and majority owner of NYC firm The Related Cos and principal owner of the Miami Dolphins. He started his career in real estate in 1968, when he moved to New York City to work in the real estate subsidiary of Laird. In 1972, Ross used the money left by his mother—about $10k—and extensive knowledge of tax law to help the wealthy shelter their income with various federal tax incentives. He quickly earned a positive reputation among the real estate elite, even developing high-quality properties of his own. That same year, Stephen founded Related, which then went on to develop the Time Warner Center and Hudson Yards Redevelopment Project in NYC, and is now worth more than $15B and owns a portfolio with properties all over the world. In 2008, Ross purchased a 50% stake in the Miami Dolphins (as well as the stadium and the surrounding land) for $550M, later adding another 45% a year later for $1.1B. Over the years, Ross has brought in many famous names—including Gloria Estefan, Marc Anthony, Venus Williams and Serena Williams—as minority owners of the team.

College Connections: Ross has served many positions for his alma mater (the University of Michigan), including beng the co-chair of the school's fundraising campaign, President Mary Sue Coleman's Advisory Group and the Director's Cabinet in the University's Department of Intercollegiate Athletics. He's repeatedly made the largest individual contributions to the school, including $100M in 2004 and $200M in 2013. He also helped fund and found the Ross School of Business.