WeWork is turning up the heat on its competitors with a new wellness and fitness concept, which it is calling Rise by We, that opens to the public Tuesday. 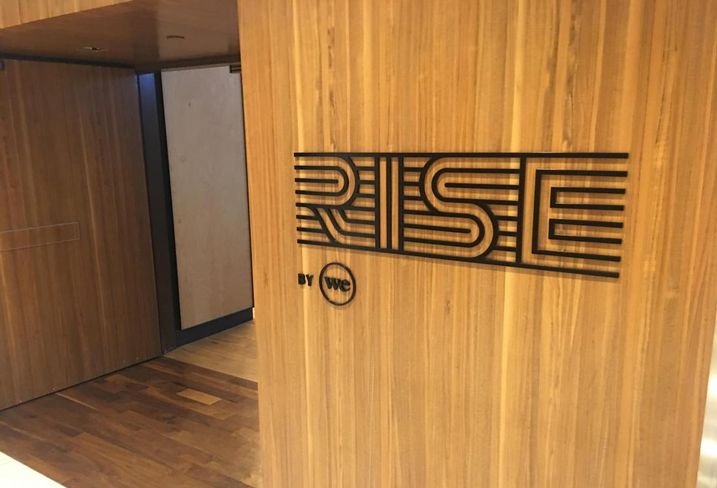 The co-working giant is making moves to attract larger, more established companies to its community of startups and entrepreneurs; it recently signed a deal with computer giant IBM to manage a full office building in Manhattan on its behalf. Recent studies show 20% of WeWork’s membership is made up of companies with 1,000 employees or more.

“Companies are trying to make sure their employees are operating on all cylinders — that means that they’re working with a sound mind and sound body — certainly fitness and wellness fits into that concept," Draznin said.

Rise by We provides a mix of wellness classes and spa offerings that include yoga and meditation, functional training, kickboxing and other fat-burning and muscle-building classes. 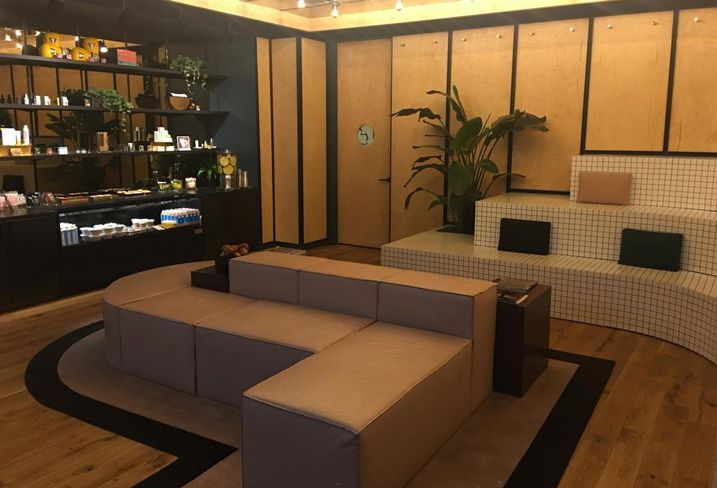 When entering the facility at 85 Broad St., a 1M SF, 30-story tower that once served as the headquarters of Goldman Sachs, members are greeted with dim lights, soothing music and deep dark browns and cream-colored walls and furniture. Finishings and fixtures are made up of natural materials, including stone, marble and wood that accentuate the building’s preexisting steel structure. With a café already on the ground level, WeWork’s holistic wellness center takes up 15K SF in the basement. The concept soft-launched in mid-September.

“I think this place is for anyone, if you’re an entrepreneur and you have a one-person office and just started, or if you have a company of 500 people and take a full building in WeWork,” WeWork Head of Wellness Avi Yehiel told Bisnow on a tour of the space Monday. “A lot of these enterprise companies are coming to WeWork because of the culture, because of the design and because of the community element that they don’t always get day-to-day in their headquarters.”

Wellness, defined as a person’s physical, mental and social well-being, is not a new concept for WeWork.

Since its inception, the company has aimed to create a culture of flexibility, relaxation and community among it members with its open-plan offices that boast ping-pong tables, beer on tap and background tunes. 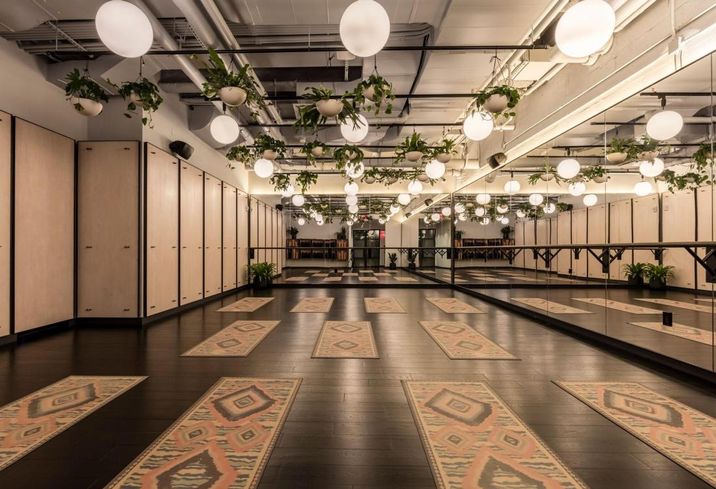 Courtesy of WeWork
WeWork's Rise by We wellness center at 85 Broad St. in Manhattan

Like WeWork, landlords are keeping tenant wellness top of mind. To attract young talent in today’s competitive market, operators are building and upgrading their portfolios to appeal to the modern worker.

“A lot of markets where there has been a lot of new construction happening are forcing the owners of existing buildings to become more competitive with that new product which has these type of amenities,” CBRE Americas Head of Office Real Estate Andrea Cross said. “A lot of new owners are investing in buildings to maintain competitive.”

Blackstone Group’s Park Avenue Tower, a Manhattan building at 65 East 55th St., underwent a $25M redevelopment in the past year that included adding a health and wellness center, headed by Fitlore, a private wellness and lifestyle services provider. The same goes for one of San Francisco’s largest office buildings, known as 100 California. The property, owned by Pembroke Real Estate, is undergoing renovations that include inking a deal with 24-Hour Fitness to open a gym inside the building.

Similarly, Quadrant Investment Properties’ Centrum, a Dallas-based, 30-plus-year-old building is undergoing a $25M upgrade so the building's appearance and amenities will be befitting of the hip neighborhood of Oak Lawn it calls home. Renovations include a 6K SF fitness center and a bike room. 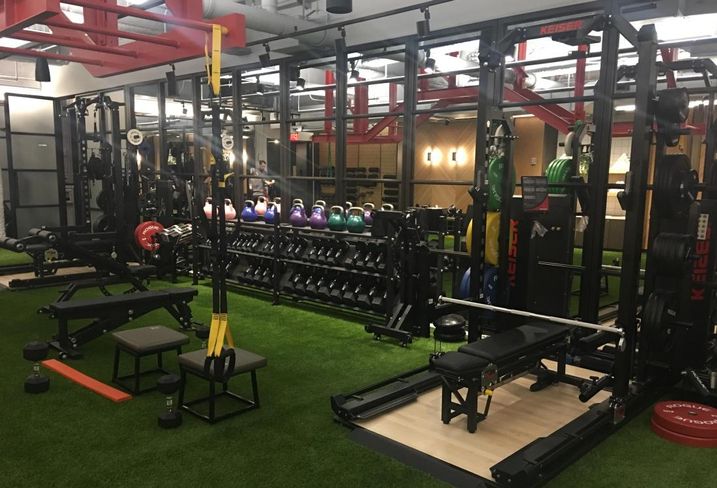 “It’s all about work-life integration,” CBRE Head of Occupier Research Americas Julie Whelan said. “Technology has made it that that’s our life now. It’s constant and employers expect you to be on after hours … as a result, they need to incorporate things in the workplace that allow you to do personal things on their time.”

Rise was founded conceptually more than two years ago, and has blossomed into the brainchild of WeWork architects and designers. Yehiel said the company chose 85 Broad for its holistic wellness center because it is close to four other WeWork offices — the Charging Bull, Fulton Center, City Hall and Wall Street, where it also operates its only New York WeLive co-living concept.

“I think we had a good opportunity here with this basement and the fact that we have seven floors upstairs,” Yehiel said. “It just makes sense in a place where we have so many members — I think it’s around 10,000 of WeWork members just in this neighborhood.”

The company is tight-lipped about what the industry can expect in terms of scale or expansion plans. Yehiel said the company is still focused on testing out this first location.

“We really want to nail this one and understand exactly how to make it great for our members — I think the offer is there, the concept is there, and then we will think about the future,” Yehiel said.

If the company decides to make Rise by We a major component of its offerings moving forward, it could have broad implications. WeWork recently received $4.4B in investment from Japanese fund SoftBank at a $20B valuation. As of summer 2017, it had more than 200 locations in 52 cities on four continents and about 150,000 members.