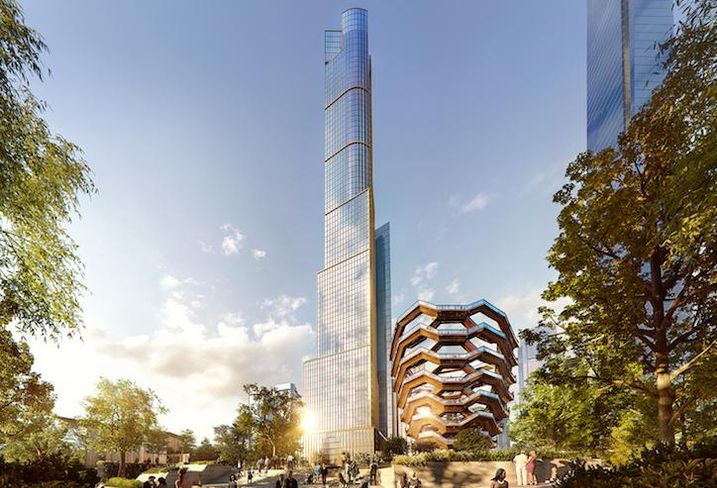 Courtesy of Related Cos. and Oxford Properties
35 Hudson Yards with the Vessel

Two premium brands in red-hot markets are joining forces at perhaps the most auspicious location imaginable.

On Tuesday, coworking brand Industrious and health club concept Equinox announced a nationwide partnership to install Industrious workspaces at Equinox locations. The first iteration of the partnership will be at 35 Hudson Yards, the 72-story skyscraper at the recently opened megadevelopment from Related Cos. and Oxford Properties Group.

Overlooking the public art installation called the Vessel, 35 Hudson Yards will contain the largest Equinox Fitness Club in the world, in addition to a location of Equinox-owned spin class studio SoulCycle, apartments, six floors of office space and the first-ever Equinox Hotel. Industrious at Equinox, as the partnership is named, will occupy 44K SF on the eighth and ninth floors and is scheduled to open in the third quarter.

Industrious has been expanding in multiple ways beyond simply leasing more office space. At the beginning of the month, it announced the acquisition of competitor TechSpace, its second takeover in a 12-month period. Similarly, Equinox is broadening its reach with both Industrious and its hotel concept, which has another location planned for Chicago's Fulton Market.

Equinox is not the only fitness "lifestyle" brand to integrate coworking space. Life Time debuted a similar concept in the Philadelphia suburb of Ardmore in 2017.