Democratic Candidates Ramped Up Office Leasing Ahead Of Iowa Caucuses

As the Democratic presidential candidates geared up for Monday's Iowa caucuses, the campaigns spent over $1M on coworking and flexible offices in the fourth quarter of 2019, due in large part to a massive deal by a billionaire former mayor who entered the race in November. Some of these companies offer traditional coworking spaces like WeWork, where a campaign could be sharing common areas with other organizations. Others, like Knotel, offer built-out spaces for a single organization with flexible, short-term leases.

Both growing models represent office tenants wanting more flexibility in their leases, something that can be especially important to a presidential campaign.

The fourth-quarter spending total on flexible offices doubled that of the first three quarters combined, primarily because of Bloomberg's payment. The former mayor leased the 50K SF eighth floor of 229 West 43rd St. in Manhattan from Knotel, The New York Post reported in December.

While Bloomberg's payment comprised a lion's share of the Q4 campaign spending on flexible offices, he was not the only one to utilize workspace providers like Knotel. 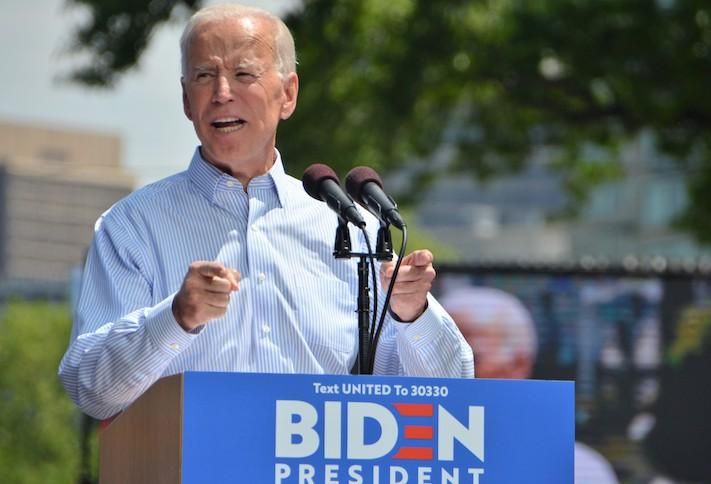 Flickr/Michael Stokes
Joe Biden campaigning for president in May 2019

For most of these candidates, spending on flexible offices represent a fraction of total rent payments. Some campaigns spent more than $2M on rent in 2019, while others spent less than $100K. Rent payments cover a small fraction of overall campaign spending, as total expenditures for the candidates ranged from $870K to $250M.

Many of the coworking leases appear to have been signed in major cities like New York, D.C. or Los Angeles and likely used for administrative campaign functions rather than on-the-ground political efforts. The majority of rent paid in the early states of Iowa, New Hampshire, South Carolina and Nevada has been directed to building owners through various LLCs, rather than to flexible workspace providers.

Campaign offices in Iowa and the other early states are more likely to be in retail-type locations that give easy access to volunteers and voters, said Savills Managing Director Ken Biberaj, an office leasing broker who has worked on presidential campaigns in the past.

"Campaigns have already been utilizing flex office for the primaries, and I would expect that the eventual nominee would likely tap flex office providers for the general election," Biberaj wrote in an email. "But it is important for the campaigns to be visible and accessible to the general public in the election. Flex office solutions are likely to be used for regional offices for senior staff, finance teams and operational support."

The Federal Election Commission's most recent campaign spending data is through Dec. 31, and January's numbers won't be available until the Q1 filings are released in April, an FEC spokesperson said. But Biberaj expects a shift toward more flexible workspaces as the campaign moves past the four early states, where the most on-the-ground campaigning is done. On Super Tuesday March 3, votes will be cast in 14 states, American Samoa and by Democrats abroad.

"After the early states, I would expect campaigns to leverage flex office solutions more broadly," Biberaj said. "As the campaign continues, it will be less about the on-the-ground storefront strategy, and more about the digital and TV effort. We will move from the street campaign of the early states to an air campaign from Super Tuesday and beyond, so flex office is likely to be used to help support senior state level and regional finance operations."

Bloomberg is not competing in the four early states because of his late entry into the race and is already focusing his spending efforts on Super Tuesday and later voting states. 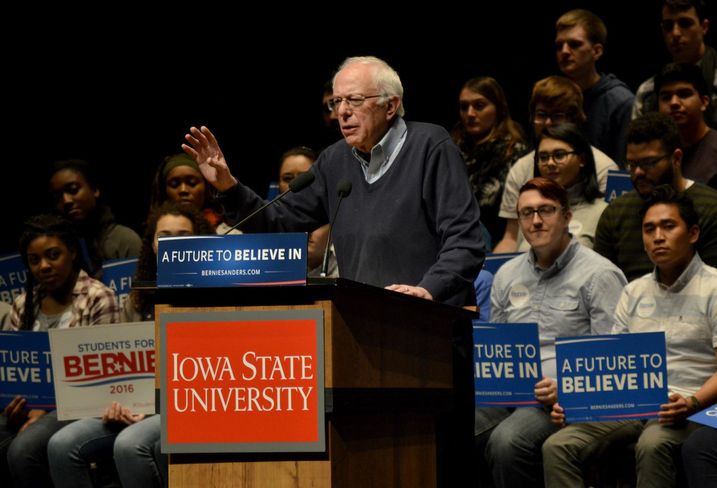 Flickr/Alex Hanson
Sen. Bernie Sanders speaking at a campaign stop in Iowa during the 2016 presidential campaign.

Below is a breakdown showing the amount each campaign paid to flexible workspace providers in Q4 and the amount they spent on flexible workspaces through the first three quarters of 2019, for those who entered the race before October. Also included for context is the total each campaign spent on all rent payments and on all total expenditures. All numbers are according to FEC campaign expenditure data analyzed by Bisnow.