CBRE Global Investors has launched Above & Beyond for Business, a tenant experience program, at a number of its U.S. office buildings. 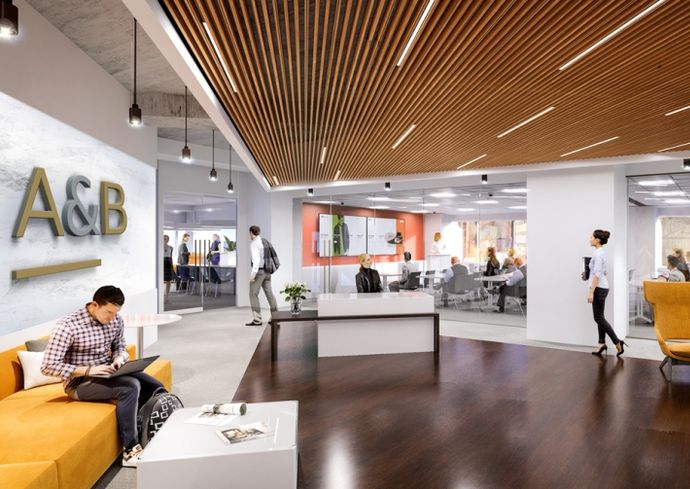 Courtesy of CBRE Global Investors
Rendering of the A&B at 150 North Michigan Ave. in Chicago

As a tenant experience program, A&B offers an on-site concierge for office tenants, common spaces to promote tenant interaction, and in most cases CBRE Host, a mobile app that gives tenants direct access to building amenities and services.

The rollout of A&B is part of a larger nascent movement to incorporate elements of hospitality design into office spaces. The goal, particularly via such face-to-face touches as an on-site concierge, is to foster experiences that meet the needs of the greatest number of occupants, Interior Design reports.

Landlords are also rolling out apps that allow tenants to connect with various in-house or nearby amenities and services, including restaurants and gym classes, but also office climate controls, Reuters reports.

Late last year, for example, Hines inked a deal with Paris-based Workwell to introduce the Workwell mobile app to some of its properties in the United States, including offices in Atlanta, Chicago, Houston and New York, as well as in other countries.

Workwell is an open platform that connects spaces and services inside buildings. For Hines, that means buildings can bring operations, communications and social features together on a single screen, making the functions more accessible to tenants.

“Tenant expectations have evolved significantly over the past 15 years,” Robert Perry, head of the CBRE Global Investors’ Strategic Partners U.S. fund series, said in a statement. “A&B anticipates and addresses their evolving needs."

The program is now operational in Atlanta, Chicago, Dallas, Southern California, Portland (Oregon), Oakland and Washington, D.C., with more locations planned. A&B is an updated and expanded form of the company's earlier 5-Star Worldwide tenant amenity program, which dates back to 2005.

According to CBRE Global Investors, A&B is a way to help keep its buildings competitive for tenants. That is particularly important in the current business climate, when employment is tight and companies want to retain workers.