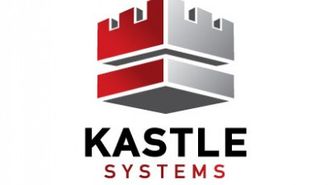 Why Security Technology Should Be A Top Priority For Developers

No developer would think of starting construction on a new building without designing for infrastructure elements like electricity, HVAC or plumbing systems that are vital to fundamental building operations. So why do some developers put what might be an equally important building feature — access technology and security — near the bottom of their to-do list?

That is a mistake that could cost them money and operational efficiency in the long run, said Haniel Lynn, CEO of security technology provider Kastle Systems.

“Developers, especially on large, complex multi-use projects, should plan for the design of access control systems as an integral component of the overall project design,” Lynn said. “Treating security technology as an afterthought during bidding or construction can result in costly modifications because the necessary system integrations or structural accommodations may not be in place when it’s time for the building to open.”

Lynn said developers need to take access control systems into account at the very beginning of their plans, before the foundation is even laid. Bisnow spoke with him about why this before-the-pour strategy, as he called it, is important.

Bisnow: Why has it become important for building developers to think proactively about access control technology?

Lynn: The systems that control and enable today’s smart buildings are increasingly interdependent and frequently require data based on occupant presence for them to perform effectively. At the same time, the occupants themselves expect a better experience from their workplace while operators also demand ever-better operational performance, efficiency and profitability from the building systems.

In other words, access control technology and security must be core design elements to be addressed by access experts just as architects and engineers consider structural and mechanical issues. Because access technology has advanced far beyond security alone, your typical security consultant is not necessarily the best source of the system integration expertise that developers need for today's smart buildings. This is a mindset change for developers who prefer to leave decisions about security to those consultants or to the building operators themselves to address later.

Bisnow: Why is this approach important for mixed-use developments?

Lynn: Mixed-use developments have more complex access and security needs than other assets because of the vastly different functions performed by the occupants across the property. There are big differences in meeting the access control needs for parking, retail, office and residential spaces.

To accommodate all of these different spaces and uses, developers need to plan in advance to avoid situations that might require significant change orders or redesigns in later stages.

Bisnow: How can a vendor help clients plan and work through this process?

Lynn: We have decades of experience working with all asset types in all scenarios, whether it’s a multifamily building or a parking garage. We are an end-to-end provider and include design as a standard component of our managed service, not an extra charge or a special project.

More importantly, we design with the intention of installing, monitoring and maintaining the system for the long haul — we don’t just sell it and walk away. We set up the system with the end user in mind because we are the end user in the sense that we operate the access control and remote video surveillance systems for the building.

Bisnow: Tell us about a multi-use project you worked on from the beginning.

Lynn: The District Wharf is a 24-acre mixed-use development from Hoffmann & Associates and Madison Marquette in Washington, D.C. Every day, thousands of people visit, work or live at its multiple buildings that sit alongside a mile-long waterfront on the Potomac River. The full project will be completed in 2022, and already it is the largest neighborhood development in the history of the capital.

Kastle began designing the Wharf’s security infrastructure during the schematic phase, putting safety at the core of the development. Our work guaranteed that the project’s security technology was integrated with the other infrastructure systems — electrical, HVAC, mechanical, plumbing and structural — from the start.

The technology has helped the development become a vibrant addition to the urban character of the Washington, D.C., waterfront without an overt visual presence of security technology. It is a design that works to enhance the user experience, and it’s all based on a simple goal: to be an integral partner in achieving the developer’s business goals while keeping spaces safe for occupants and operators.

This article was produced in collaboration between Studio B and Kastle Systems. Bisnow news staff was not involved in the production of this content.