The Oregon House of Representatives has approved 35-25 a first-of-its-kind statewide rent control bill previously passed by the Oregon Senate. Everywhere else in the nation, rent control — when it has existed — has been a local matter. 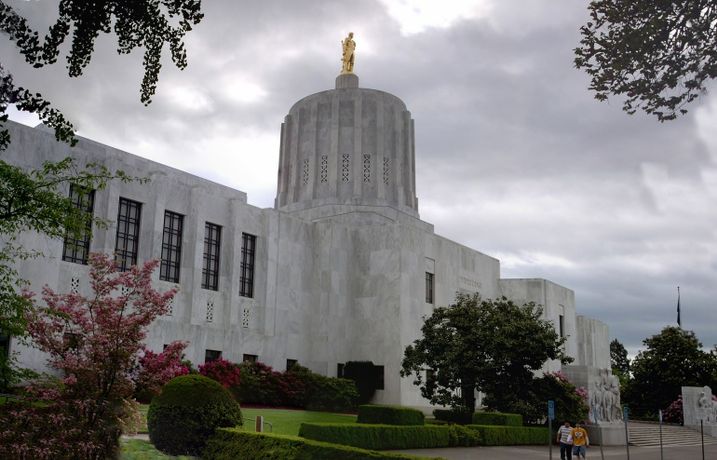 The measure, which also includes new eviction protections for apartment tenants, now goes to Oregon Gov. Kate Brown, who is expected to sign it.

Under the bill, which would take effect immediately, annual rent increases would be capped at 7% plus inflation statewide (all together about 9% recently).

New construction projects are exempted from the cap for 15 years after their completion, and there is no cap on the amount a landlord can increase an apartment's rent after a tenant leaves voluntarily.

Also under the bill, most landlords must cite a cause, such as failure to pay rent, when evicting tenants after their first year in an apartment.

Legislative supporters of the bill characterize it as anti-gouging rather than rent control per se. There have been occasional reports in Oregon of sudden rent spikes, in some cases a doubling of rents.

“This is not the rent control of yesteryear,” Rep. Mark Meek, D-Clackamas County, told the Oregonian. “It’s a smart, innovative hybrid.”

The cap is higher than is usual in cities with rent control. In California, for instance, the standard approach is that rents can climb only by the rate of inflation, or even less, on an annual basis.

The higher cap and the exclusion of new properties are features designed to counter the argument that tight rent control ultimately drives up rents by choking off new supply, since developers can't make new projects pencil without a free hand on rents.

National Multifamily Housing Council President Doug Bibby said in a statement that the measure would worsen the imbalance between housing supply and demand in Oregon.

"While the intent of rent control laws is to assist lower-income populations, history has shown that rent control exacerbates shortages, makes it harder for apartment owners to make upgrades and disproportionally benefits higher-income households," Bibby said.

The move is in contrast to a 1985 law passed by the Oregon Legislature banning local rent control in the state, which is the case in most states.

Only California, Maryland, New Jersey, New York and the District of Columbia have rent control in some jurisdictions, according to the NMHC. Massachusetts got rid of rent control in 1994.

Other states, such as Illinois, are considering a return to the practice of rent control in some form. Last year, California voters rejected Proposition 10, which would have expanded city authority over rent control measures, which is restricted by state law but not banned.