Former NBA superstar Shaquille O'Neal is partnering with Boraie Development of New Brunswick, New Jersey, on another apartment tower in his hometown of Newark. It will be a 350-unit apartment tower at 777 McCarter Highway, in Downtown Newark.

The 35-story property, the former star center said, will be the "House that Shaq Built," but he did not offer details beyond that. 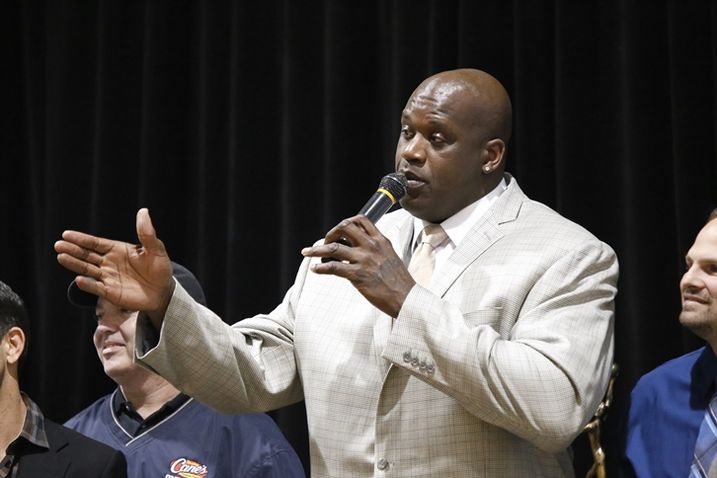 O'Neal made the announcement of the new property at a topping off event for his and Boraie's current development, a 168-unit apartment tower at 1 Rector St. That high-rise is slated for completion by the end of this year and is popularly known as Shaq Towers.

The topping off of Shaq Towers was marked by a gathering of dignitaries, including O'Neal, New Jersey Gov. Phil Murphy, Lt. Gov. Sheila Oliver and Newark Mayor Ras Baraka.

"I invest in things that are going to make a difference," O'Neal told NJ Advance Media, adding that he wants to make Newark "a little more beautiful."

Boraie acquired the property, which used to be home to Science Park High School, about 10 years ago, and later partnered with O'Neal. In 2013, there was a groundbreaking ceremony, but construction did not begin on 1 Rector St. until last October, following the demolition of the former school building.

The apartment tower is near the New Jersey Performing Arts Center and the renovated Hahne & Co. building, which is home to a Whole Foods and a restaurant by celebrity chef Marcus Samuelsson.