The New Closers: Why Steve McClure Is One To Watch

When Steve McClure was a student at Wake Forest University, he was convinced he was there to become a doctor.

So how did he end up, at age 38, as chief operating officer of The Spectrum Cos. in a corner office of a building he developed, overlooking an Uptown Charlotte that is growing in part because of him? 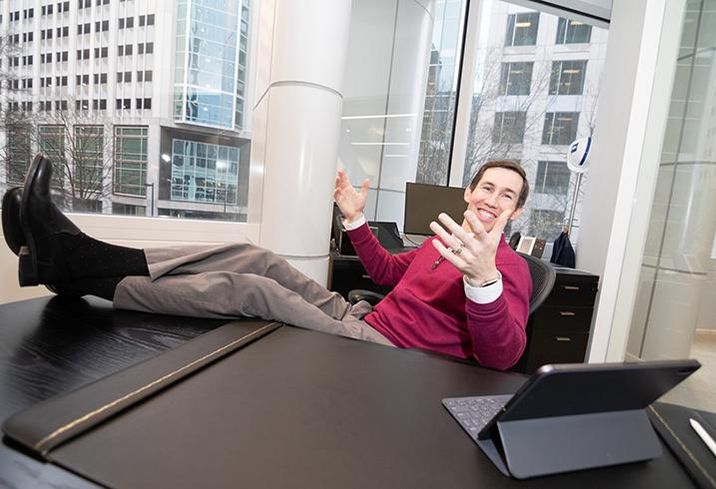 It was a long road to get there, but once he was on it, he made his mark. His office window looks out into a condominium complex that holds a lot of firsts for McClure: It was his first residential project in 2005. It was where he bought his first home with his wife — they were the first buyers in the building. Their condo on the fifth floor was also where they lived when their first child was born in 2012.

He has left his mark on Nashville and Franklin, Tennessee, Charleston, South Carolina, and Raleigh and Cary, North Carolina, too.

So how did McClure change his tune from doctor to developer?

“I got to Wake and I spent my first two years taking all the classes — cellular biology and organic chemistry,” he said.

Then he spent a summer in Hilton Head, South Carolina, with one of his friends from college. That friend had another friend whose dad was a real estate developer.

That summer changed the course of his life: After he returned back to Wake, he changed his major from biology/pre-med to economics. 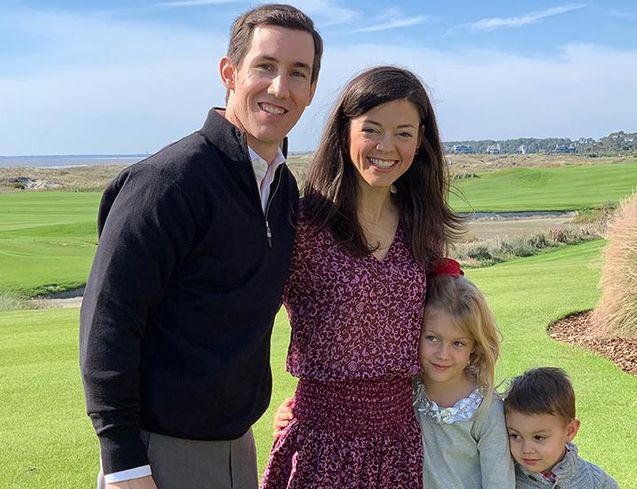 After marrying his college sweetheart and eventually settling in Charlotte — they moved there in 2003 when she got a job offer as a kindergarten teacher, and they lived off her $28K annual salary. They went apartment shopping in their shared 1992 Volvo with no air conditioner, and they found a modest, older apartment. McClure began pounding the pavement looking for a job. He started by cold calling between 30 and 40 people.

He scheduled coffee and meetings with anyone who would see him. He asked everyone he met who else he should call. He picked up a local business publication’s Book of Lists, which contained contact information for Charlotte’s influential players. He called all 20 real estate companies listed.

He eventually got a job with a small firm as a tenant rep broker — which paid 100% commission.

“As a 23-year-old, trying to convince business owners and CEOs to hire me to help them find office space was not the easiest thing to sell. There was a lot of rejection. I didn’t make a dime for 10 months.”

Those years of living frugally are ones McClure looks back on fondly.

“We had no cable — we had rabbit ears. We got CBS and ABC. We learned about sticking to a budget.”

It built a strong foundation for a marriage that now includes two children, ages 7 and 3, in a four-bedroom home in the desirable neighborhood of Myers Park. To this day, the family still sticks to a tight budget, living well below their means, he said. 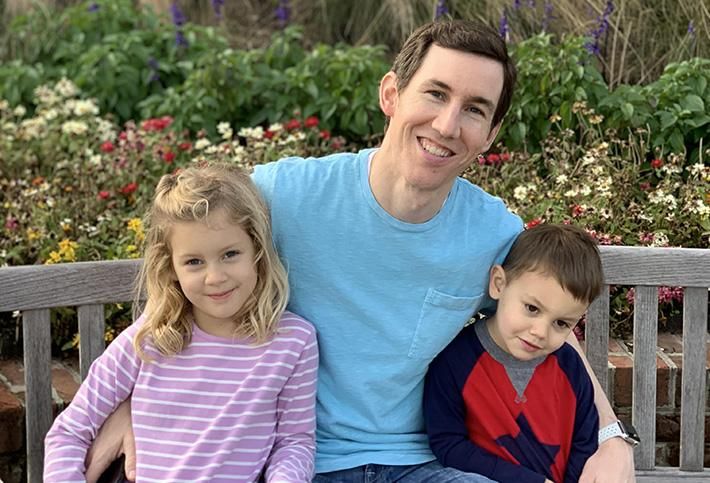 In 2004, McClure called The Spectrum Cos. senior leasing representative Ted Lee and invited him to coffee at Dean & Deluca. He asked Lee to let him know if the company ever had any opportunities. On the spot, Lee called then-President Darryl Dewberry, who promptly invited McClure to his house. After asking for his résumé — McClure had one in the trunk — he invited him to play golf.

“It was probably the most stressful nine holes of golf I’ve played. I was focused — I wanted to win.”

As competitive as he was in that moment, these days he can’t remember who actually won that round.

Near the end of the game, Dewberry advised McClure to be patient — difficult advice for an ambitious 24-year-old to follow. Dewberry told him that people would call him to jump ship, but if he could practice patience, he could have everything he wanted.

“I met Steve 15 years ago and knew right away he would excel in whatever he did, so we hired him,” said Dewberry, who is now chairman and CEO of Spectrum.

The rest was history as McClure went to work for Spectrum. He worked hard, arrived at work early, raised his hand whenever he could and started getting more opportunities. He was given his own building to develop, and then he moved to the multifamily sector and was given another — the one he would live in.

He knew he wanted to take a bigger role than just development.

“I loved real estate, but I really wanted to grow a company,” he said.

He got his MBA at Duke, traveling every other weekend so he could continue his job at Spectrum during the week. 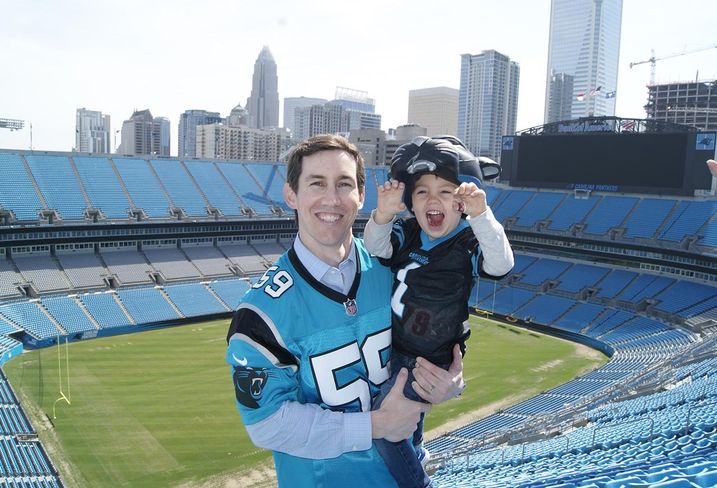 Courtesy of Steve McClure
McClure and Jack at Bank of America Stadium, home of the Carolina Panthers

On the residential side, McClure has developed 1,700 apartments valued at more than $350M, with another 1,000 units in the pipeline. His multifamily projects include luxury apartment communities in Charlotte as well as suburban apartments in Charlotte and Charleston.

“It lived up to what [Dewberry] told me when we were playing golf, that if I was patient, stayed the course and worked hard — once the opportunity presented itself, I was ready to take advantage of it.”

If McClure’s golf game didn’t convince Dewberry to enter into a partnership with McClure, his drive and commitment helped sweeten the deal.

“Steve has an incredible work ethic and is ultracompetitive, while at the same time being grounded and mature as a person. He is loyal to our team members, focuses on helping them win, and puts their needs ahead of his,” Dewberry said.

“His thought process is logical and thorough, and he doesn’t cut corners, always going the extra mile for our team as well as our partners. All of these traits build trust and admiration of Steve while also establishing him as a go-to guy who gets things done.” 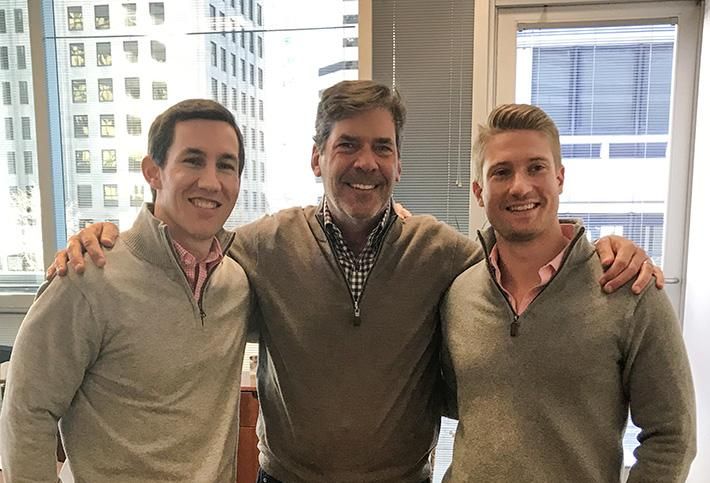 In late 2018, in a partnership with an Invesco client, Spectrum took on a 5-acre mixed-use project linking Charlotte’s central business district with its trendy South End district. Rezoning was approved last month for the project that will include two nine-story office buildings, an urban plaza with event space, restaurants, shopping and a 200-room boutique hotel.

“One of the most important decisions any developer will make is their choice of who to partner with on a project, and our affiliation with Spectrum has been fantastic, largely because of Steve’s leadership,” OliverMcMillan Chief Development Officer Eric Buchanan said. “Challenges always arise in development, particularly on big complicated projects like this, so you really want the peace of mind to know your partner can roll with changes, is reliable, and will work things out.”

“Steve is the consummate professional with total integrity and highly accountable,” Buchanan said. “He knows the business and understands people. It’s not all about the bottom line, it’s about relationships.”

In addition to his developments, McClure started Spectrum Cares to inspire employees to volunteer and support charitable organizations. He is the N.C. Board of Architecture president and a member of the Urban Land Institute, the National Multifamily Housing Council and the U.S. Green Building Council. 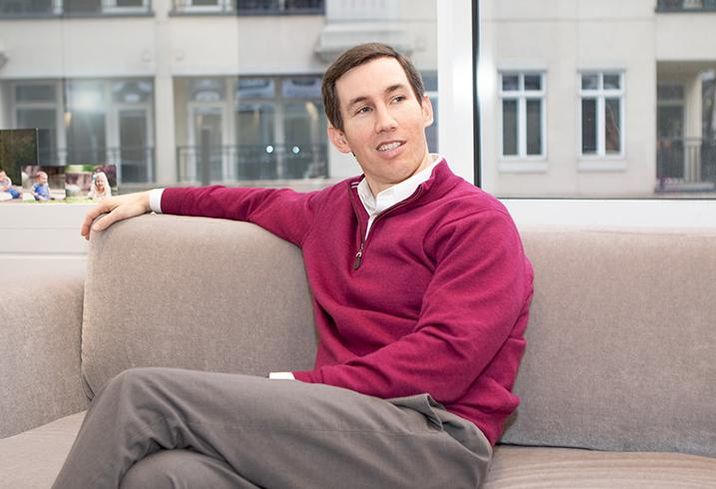 Courtesy of Alex Cason
Behind The Spectrum Cos.' Steve McClure is a view of his first residential project, which was also his first purchased home.

With such a journey behind him, McClure remembers to pay it forward.

“It was not that long ago that I was cold calling and trying to set up coffees. I make a concerted effort to try to have a coffee or phone call with everybody that calls me. My calendar can get full, but I remember when I was making those phone calls. I try to pass on whatever advice I can and open whatever doors that I can for others.”

His calendar might be about to get a lot more full.