Why Are We So Obsessed With Skylines?

When Stephen McClure, chief operating officer of The Spectrum Cos., needs to recharge during the workday, he glances out over Charlotte’s high-rises for energy and motivation.

“Having a great view allows you to escape a little bit, almost as if you were looking at the ocean or the mountains. You’re looking out, and you get to take a breather and recharge. I find it motivating. That excites me and energizes me to do more,” McClure said. 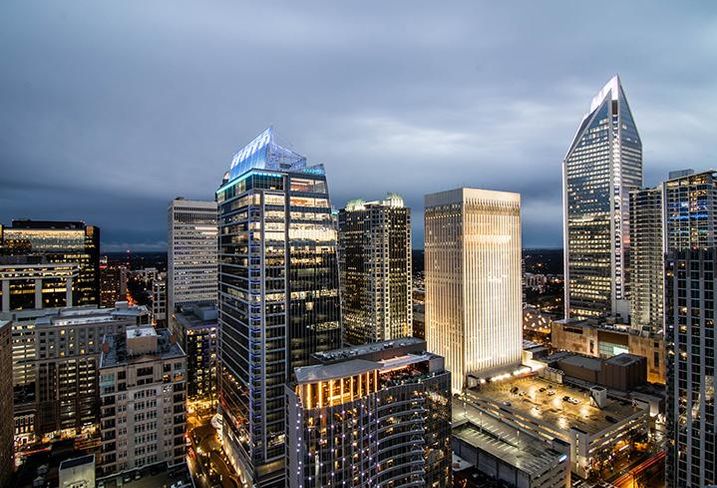 Courtesy of Alex Cason
The Charlotte skyline includes its newest addition, 300 South Tryon, developed by The Spectrum Cos.

It is McClure’s business to shape the skyline and add to it, and he is not alone. Developers all over the world are either re-creating skylines or offering new views of them.

According to a JLL report on city skylines, tenants are willing to pay a high premium for offices with a skyline address. A skyline address is, simply put, a high-rise property often located within a central business district. In 2017, rents within skyline offices reached record highs — the biggest office rents included New York, Washington, D.C., San Francisco and Boston. However, rents in Nashville, Tennessee, Austin and San Antonio in Texas, and Raleigh, North Carolina, also grew last year.

“We are in the midst of a transformation; the skyline is being redefined by new construction,” JLL Director of Research for the Carolinas Paul Hendershot said. 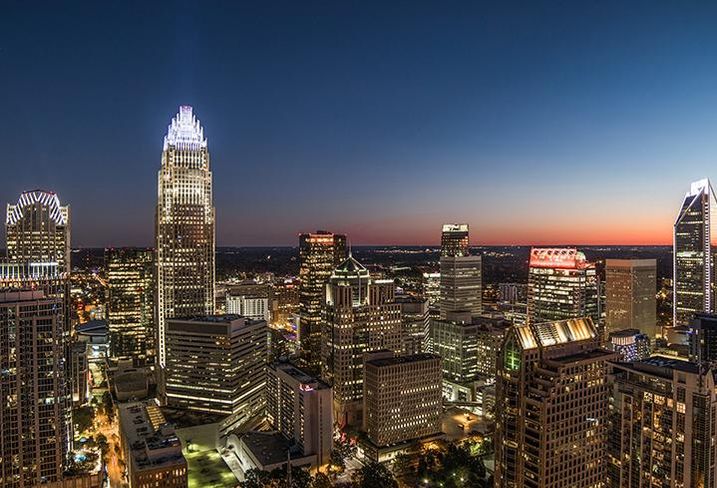 In Charlotte, the skyline in the Carolinas’ biggest city seems ever-changing.

“While the official state bird of North Carolina is the Northern Cardinal, Charlotte can make a strong case for the crane,” JLL reports.

Historically, cities seemed to be banking on the appeal of tall buildings. The origin of the skyscraper originated as a way to accommodate large workforces in space-constrained business districts.

“It quickly occurred to many companies that building a skyscraper was a great way to advertise their prestige,” Council on Tall Buildings and Urban Habitat Editor Daniel Safarik said. “What we’ve graduated to now, from the turn of the 21st century forward especially, is entire cities, even countries, seeking to brand themselves this way.” 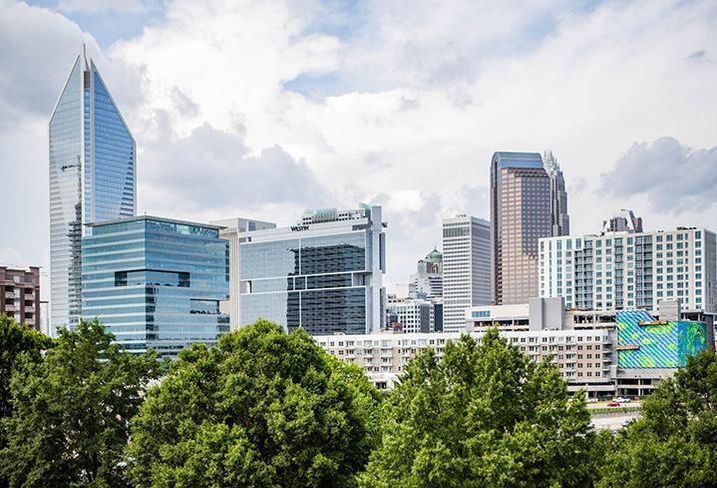 Prior to this cycle, suburban office parks had experienced stronger absorption and leasing activity than CBD offices in the 1980s through the early 2000s. Many downtowns were languishing during that same time frame, Counselor of Real Estate and Colliers International Chief Economist for the United States Andrew Nelson said.

This cycle brought a reversal, particularly from 2010 to 2016. The growth has been much stronger in the CBDs than in the suburbs.

The reason for this may be in part because many millennials and Gen Xers are more attracted to live-work-play lifestyles, which are often located in CBDs, he said.

However, leasing trends are reversing once again.

“Suburban communities tend to grow faster than cities, but it’s not necessarily apples-to-apples because they have much more room to grow than CBDs,” Nelson said.

Courtesy of Alex Cason
The view from The Spectrum Cos.' 300 South Tryon in Charlotte

Not every skyline is created alike. When discussing skylines, Nelson said it should be noted that downtowns are not the hippest, most successful office districts within a metro.

Atlanta’s downtown doesn’t have the highest rents or the highest occupancy rates; the Buckhead area commands those. Dallas is in a similar situation, with Preston Center and Turtle Creek trending toward higher rents and lower vacancy. Houston is another example, Nelson said.

Having a more prominent skyline also tends to make the metro more attractive to tech firms and the millennials they are trying to attract, Nelson said.

Of course, the chicken/egg syndrome should be considered.

“When you have the height of a skyline, does that make it more attractive? Or are the developers and firms attracted to particular markets, and that’s where the developers build the high-rise?” Nelson said.